This article was originally written by Henry Ansah and posted on the Neptune blog.

Since their invention, neural networks have always been the crème de la crème of machine learning algorithms. They have driven most of the breakthroughs in artificial intelligence.

Neural networks have proven to be robust at performing highly complex tasks that even humans find very challenging.

Can their incredible robustness extend beyond their original purpose? That's what we'll try to find out in this article.

Personally, one area that I never expected to intersect with AI is security. As it turns out, this is one of the few areas where neural networks fail.

Depending on what you as the attacker know about the model you wish to fool, there are several categories of attacks. The two most popular are the white box attack and black box attack.

Both of these attack categories have the general goal of fooling a neural network into making wrong predictions. They do it by adding hard-to-notice noise to the input of the network.

Control over the model is lower with black box attacks, as you only have access to the input and output of the model.

There are some goals that you might have in mind when performing either of these attacks:

The name makes it seem like a difficult thing to understand, but the FGSM attack is incredibly simple. It involves three steps in this order:

The first step, calculating the loss after forward propagation, is very common in machine learning projects. We use a negative likelihood loss function to estimate how close the prediction of our model is to the actual class.

What is not common, is the calculation of the gradients with respect to the pixels of the image. When it comes to training neural networks, gradients are how you determine the direction in which to nudge your weights to reduce the loss value.

Instead of doing that, here we adjust the input image pixels in the direction of the gradients to maximize the loss value.

When training neural networks, the most popular way of determining the direction in which to adjust a particular weight deep in the network (that is, the gradient of the loss function with respect to that particular weight) is by back-propagating the gradients from the start (output part) to the weight.

The same concept applies here. We back-propagate the gradients from the output layer to the input image.

In neural network training, in order to nudge the weights to decrease the loss value, we use this simple equation:

Again, we apply the same concept for FGSM, but we want to maximize the loss, so we nudge the pixel values of the image according to the equation below: 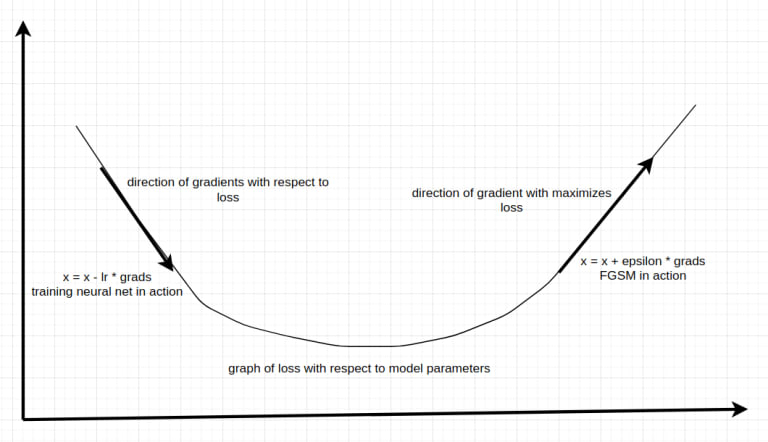 In the image above, we see two arrows representing two different ways of adjusting gradients to achieve a goal. The equation on the left hand side, as you might have probably guessed correctly, is the fundamental equation involved in training neural networks. Naturally, the gradients computed point to the direction that maximizes the loss. The negative sign in the neural networking training equation ensures that the gradient points in the opposite direction -- the direction that minimizes the loss. That is not the case with the equation on the right hand side which is the equation involved in fooling the neural network. Since we want to maximize the loss, we apply the gradients in their natural form, so to speak.

There are a number of differences between the two equations. The most important one is addition and subtraction. By using the structure of equation two, we nudge the pixels in the direction opposite to the direction that minimizes the loss. By doing so, we are telling our model to do just one thing -- make wrong predictions!

Remember that the gradient is just a directional tensor (it gives information about which direction to move in). In order to enforce the nudging effect, we multiply the gradients with a very tiny value, epsilon (0.007 in the image). Then we add the result to the input image, and that's it!

The alarming expression under the resulting image can simply be put this way:

At this point, let's summarize what we've talked about so far, and next we'll do some coding. In order to trick a neural network into making wrong predictions, we:

By doing so, we tell the neural network to make a prediction about the image that is far from the correct class.

One thing we need to note is that the degree of noticeability of the noise on the resulting image depends on the epsilon -- the larger the value, the more noticeable the noise.

Increasing epsilon also increases the possibility of the network making a wrong prediction.

In this tutorial, we're going to use TensorFlow to build our entire pipeline. We'll focus on the most important parts of the code, without going into parts related to data processing.\
First, we're going to load one of TensorFlow's state-of-the-art models, the mobileNet V2 model:

Setting the model's trainable property to *false *means our model cannot be trained hence any effort to change the model parameters in order to fool the model is going to fail.

We may want to visualize the images to get a sense of how different values of epsilon affects the predictions as well as the nature of the image. The simple snippet of code takes care of that.

Next, we load our image, run it through our model and obtain the gradients of the loss with respect to the image.

Printing signed_grad shows a tensor of ones. Some with a positive sign, others with a negative sign, which indicates that the gradients only enforce a directional effect on the image. Plotting it reveals the image below. 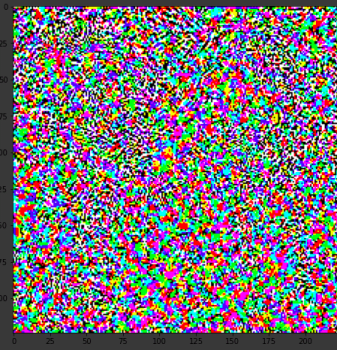 In other words, we nudge the image pixels in the directions that maximize the loss. We are going to run the attack on different values of epsilon, with epsilon=0 indicating no attack is being run.

We get the following results: 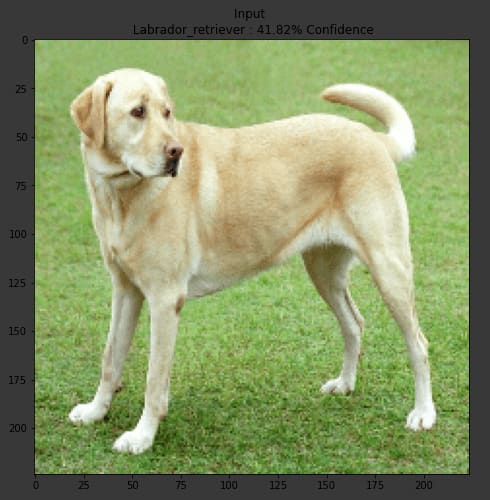 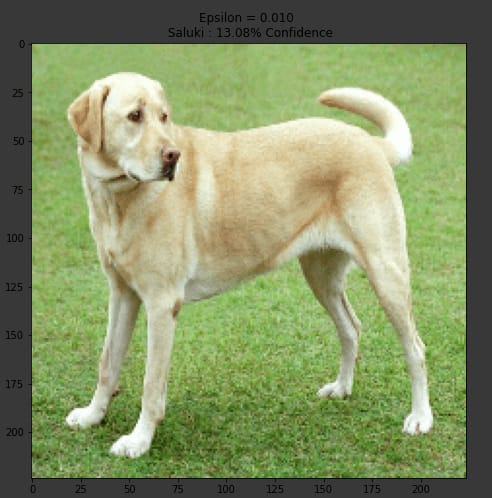 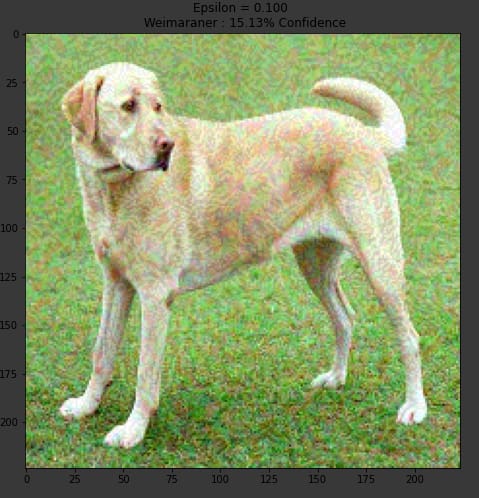 Notice the pattern in the three images above? With increasing value of epsilon, the noise becomes more visible, and the confidence for a wrong prediction increases.

We have successfully fooled a state-of-the-art model into making wrong predictions, without changing anything about the model. 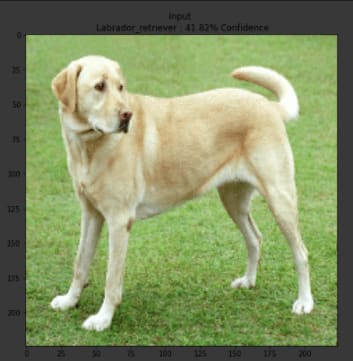 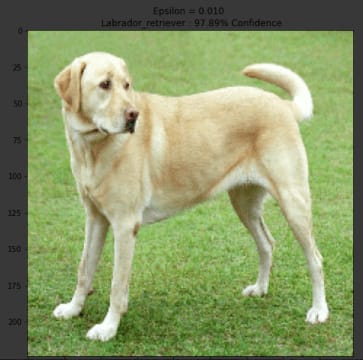 By nudging the image pixels in the direction of the gradient that minimizes the loss, we increase the confidence of the model in making correct predictions much more than without this experiment. It went from 41.82% confidence to 97.89%.

Since the invention of the FGSM, several other methods were created with different angles of attacks. You can check out some of these attacks here: Survey on Attacks.

That's it for now, thank you for reading!

This article was originally written by Henry Ansah and posted on the Neptune blog. You can find more in-depth articles for machine learning practitioners there.

Extractive Q&A With Haystack and FastAPI in Python

How to Use Type Annotations in Python

Basic Concepts and Definitions in Statistics