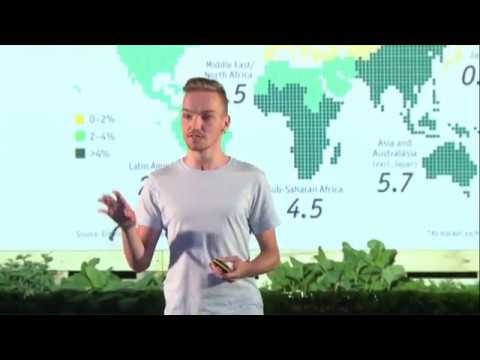 Pieter Levelsmakes about $600,000 a year. He taught himself to code and has an unconventional philosophy. This is not an interview but an analysis piece. Pieter defied the critics and built Nomad List and Remote OK into successful businesses without cutting edge tools like React or other modern frameworks.

Who is Pieter Levels

Pieter is a self-taught developer from The Netherlands. He has an MBA but no coding qualifications. As we will see in today's article he has a rough and ready approach to coding but it pays off handsomely.

His Nomad List directory and community for digital nomads draws in over $300k a year and that's despite a recent fall in revenue due to people not travelling during the Corona virus crisis.

His Remote Ok job board for remote workers made $300,000 over the last 12 months

So that's a total of $600,00 from the last 12 months! Not bad for a self-taught developer! Pieter is active on Twitter and has a very stong following there.

As he works for himself he is able to travel extensively and live where he choses. Although, rather than the common misconception of digital nomads being constantly on the move, Pieter recommends spending a few months in each place. This way you avoid travel burnout.

What technologies does Pieter Levels use?

Pieter is famous (or infamous) for having a rather eccentric choice of stack by modern standards. It's essentially the easiest, least glamorous tools you could imagine. But that's ok because Pieter makes $600k a year!

Here is his stack:

Here are some modern options Pieter doesn't use

How did Pieter Levels learn to code?

Not a lot is known about his very earlies forays into coding apart from the fact that as a teenager he played around with BASIC, an early programming tool. His first attempt at a web business was an analytics service for Youtube which would let you see how all your videos/channels were performing in one place. Unfortunately, he worked on it for a year without making any money from it.

From that point Pieter adopted his now familar approach to coding and business - build websites quickly and monetize from the beginning. He only adds more features if there is money coming in and the idea is validated by the market.

Pieter takes the "search on Google" approach to Google. So when he wanted to connect a database to a website or make a button do something on his website he would just search the terms on Google and find solutions in places like Stackoverflow. Pieter is a strong critic of the approach of doing courses as he believes people learn best by doing and building.

One analogy would be different approaches to learning Spanish. One person might study a course, learn the correct grammar and then go to Spain. Whereas Pieter would go to Spain, ask for the words he needs to use and go from there.

What results has Pieter had with this approach to coding?

Despite the technical critics, Pieter has been consistently making six figures since 2014. He currently makes approximately $600,000 a year which is far more than most developers. He has been able to live in countries with a low cost of living so he will likely be able to have financial independence and not need to work relatively soon.

📈 Record sales yesterday of $2,342.04 on https://t.co/S9Qv34rpbP for no apparent reason (maybe companies are spending their EOY HR budgets?). Normal sales is like $299 or 1 post per day. pic.twitter.com/8HukglDuiv

What is Pieter Levels working on now?

He just released a new project, Remote Workers, where people can post their resumé. He "built in public" - that is to say he gave daily updates of his code on Twitter. This is also a great way for developers to build an audience! You can check out what people are saying about Remote Workers on Product Hunt.

Pieter is like a bare knuckle boxer so don't compare him to a Judo practioner going to the Olympics. One is going to win no matter what and one is going to follow the rules they have trained under and have finer technique. Neither is better or worse. It depends on the situation.

Pieter's approach would not be good if you were trying to get a job in a lot of companies. But Pieter isn't looking for a job and the proof for him is in his bank balance. So Pieter's scrappy technique is better suited if you are attracted to coding for entrepreneurship and being a solo founder who doesn't have to share their code with others to work on. He doesn't use Github to save his code, for instance and this is an industry standard that most employers expect. If you want to be an indie hacker/entrepreneur though then Pieter is a fine act to follow.

You don't need void 0 in JavaScript