Here's a common scenario: You're building a website and want your nav to always remain in view. What would you use? A scroll event listener and calculate the nav's relative offset in relation to the scroll offset? Well pull up a chair, there's a few new tricks that we can use instead.

position: sticky is amazing. This CSS property allows element's position property to change from a relative/static to a fixed position when it's about to exit the viewport. Prior to browser support, we'd have to use scroll listeners to determine if an element like a nav menu is at the top of the screen, at which we'll add a CSS class to make it fixed. Now we can just throw it into one class and the browser will handle the change between a static position to a fixed one.

Unfortunately it doesn't quite meet all of our needs here. We don't have an event or selector when it's active, so we cannot conditionally add and remove styles based on the sticky condition. Like say we wanted to add a drop shadow when the menu is fixed to give the nav more separation from the content as demonstrated below.

Intersection Observers to the rescue! IntersectionObserver is a relatively new browser API that's part of the Observer family and allows us to set event triggers when an element comes into or out of viewport.

Dan Callahan of Mozilla created a simple demo showing the different states the target element triggers when scrolling through the viewport.

So how does this help us with the sticky nav? Wouldn't the Intersection Observer's exit event never trigger because position: sticky never leaves viewport? Well, yes, if we had placed the observers on the nav itself. Instead we'll use sentinel elements.

No one can hide from my sight

The sentinel element is derived from the concept of a sentinel value - a value inserted in a dataset to trigger the break of an algorithm. In this case, it'll be an empty HTML element that we'll be attaching our observers to.

We'll place the sentinel at the same position as the nav and pass that to the Intersection Observer. In doing so, this element becomes a waypoint for figuring out the relative scroll position.

Now we add some intersection observer magic to hook everything up:

And here's everything put together:

The position: sticky triggers as before. When the invisible sentinel element scrolls off viewport, it triggers the Intersection Observer's callback to add the class to add a drop shadow to the nav.

Now this was a fairly basic, top level example. IntersectionObserver is easy to use and quite powerful. You can get creative with it as shown in our example with the sentinel. There's also a polyfill available for those pesky IE11 issues.

Hope this post gave everyone a nice intro to IntersectionObserver and some cool use cases. There's plenty of articles elsewhere that go more indepth if you're interested. Till next time! 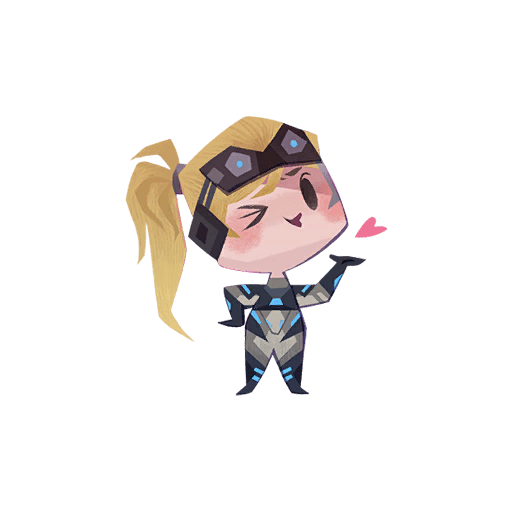 Serena
Software Engineer for Web and Mobile at Blizzard Entertainment | All views expressed are my own | Now 47% fueled by donuts 🍩
DRY to the point of WET yak shaving
#programming #productivity #webdev
Elementary Element Queries
#css #javascript #webdev #showdev
Multi-site CSS is an art form ...and a pain
#webdev #css #showdev