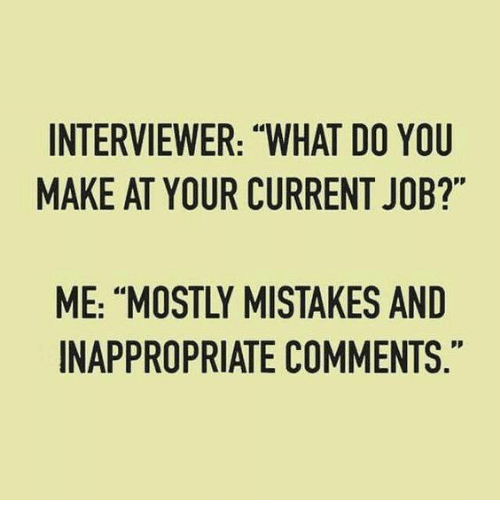 This post was originally published on my blog Fundamentals of Code

Why I Started Looking Around

I wasn't entirely unhappy with the position I was in, however, I wasn't being pushed to grow. There were also some larger cultural issues with the company I was at as well. I don't deal well with bureaucracy and I found that corporations can have just as much as government. So I started looking around. Also as a developer, I think it's important to be aware of what the job market looks like and also to understand the potential changes in technology and to understand what other companies are using. In many ways, it's good to know what other companies are doing in your specific niche in software. So I put it out there and set up a couple of interviews. In this job market, it didn't take too long to get a response.

Anyone who's interviewed somewhere, even if it's not been in the tech industry knows that job interviews can be tough. I've been a developer now for a little over 4 years, and have found that technical interviews can be downright brutal. I recently went through the process of interviewing for two different positions. One was for a role that would have been remote, and I did well through the technical screening and the whiteboard portion which was just one problem. I was notified that I didn't receive the position, not because I wasn't fit for the role, but because someone with more than 19 years of experience was also interviewing for the same position. My feelings weren't hurt.

This led me to the other position that I interviewed for. It was basically a startup being funded under an already existing company. Sounded like a cool opportunity. I did well in the technical screening interview and was invited to sit through a 3 hour in office interview with some more technical questioning. This included additional whiteboard problems related to both geographic concepts and coding problems, as well as some architecture. I thought I did fairly well and was interested in pursuing this opportunity.

I always follow up after an interview. So the second opportunity that I was still in the running for, I sent them an email to explain my furthered interest in the role (it honestly sounded pretty cool), and to thank them for their time. A week goes by and I send another short 2 sentence email, just to see if I'm still being considered for the role. No response. Another week goes by. I get an email from the lead developer I interviewed with asking if I'm still interested and if I'm willing to commute to a different office than the one I interviewed at. Take in mind I haven't mentioned anything about salary yet, nor was I aware of the commute being at a different office which would add approximately 3 hours of commuting to my day.

At this point, I'm still interested however that commute was not known to me and it makes a big difference to me. I said that we could make some arrangements, and possibly make it work and asked to have a phone call with the director of the program.

Nothing, no response. I thought, okay, I must've killed the deal, because I pushed for a couple of work from home days, and asked to have a conversation with the director of the program. About a week and a half go by. Then I get an email from the director (not a phone call) saying they apologize but ask if I'm still interested.

In this day and age, probably the most valuable resource any one individual has is their time. Career-wise this opportunity could have pushed me in a new direction, and at the same time, I'd be forgetting some of my own first principles. Respecting my time and energy. I thanked them for the interview and told them that I needed to pursue other options. This was not done out of resentment or anger, but out of the respect I have for my time and energy and if they were really interested in me, there would have been more of an attempt at following up. There was some intuition involved as well, which screamed at me that this position would have kept me very busy and as a family man, would not have been the most conducive to a work-life balance.

Your Time is of Supreme Value

Moral of the story, I have to respect myself and my time, for me it's not always been easy. I tend to get caught up in the idea of new opportunities and learning new things, without thinking about the impact that a job can have on the impact of my work-life balance. A few years ago, I'd not have thought things through as much. So hopefully if you're currently in a similar position you can find something to learn from this, in that it's not always wise to jump at the first opportunity that presents itself if you're unhappy in your current situation. Patience is a virtue.

Which companies are freezing hiring

My Career as a Software Developer