Node.js (a server side JavaScript runtime) is a popular choice for writing software on the Raspberry Pi single board computers that run Raspbian (a variant of Debian Linux). Developers often need to have their project’s code start when the operating system boots and stop when it shuts down. Some projects may not be able to run successfully if started too early in the boot process, for example prior to a network connection being established. In this article we’ll look at how to use the Linux System and Service Manager systemd to start a Node.js project automatically at boot.

We’ll use a Raspberry Pi 3 with a fresh install of the latest Raspbian Lite operating system and a wireless network connection already configured. If you want to follow along, you can download Raspbian and use Etcher to install it onto your micro SD card.

The “Lite” Raspbian doesn’t have Node.js pre-installed, as it is a minimal distribution. Let’s add an up to date version of Node.js from NodeSource:

This will add a Node.js 14.x repo and update the package list. Once completed, we can then install Node.js (which also includes the npm package manager):

We should now have an up to date Node.js and npm:

Let’s also check where Node.js was installed to as we’ll need this information later:

Having installed Node.js it’s time for some sort of project that we want to have run on system boot. Let’s use a basic web server that listens on a configurable port number. It should return the current UNIX timestamp and log its actions to standard out.

I’ve made appropriate code available in a GitHub repo (we’ll need to also install git to do this):

The code’s very simple and has no dependencies:

Start it up to test with:

Then get the Pi’s IP address on the local network:

Use a browser on another computer connected to the same network to browse to:

If the timestamp service is working, you should see a UNIX timestamp in the browser: 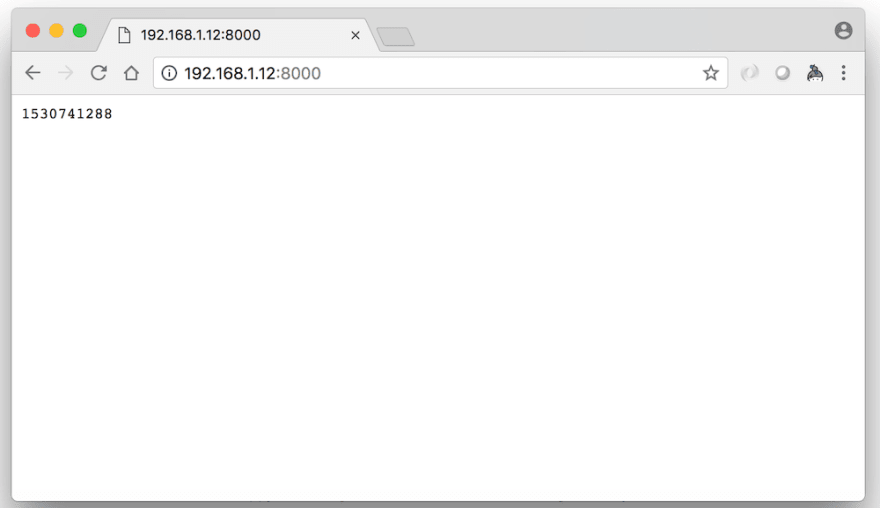 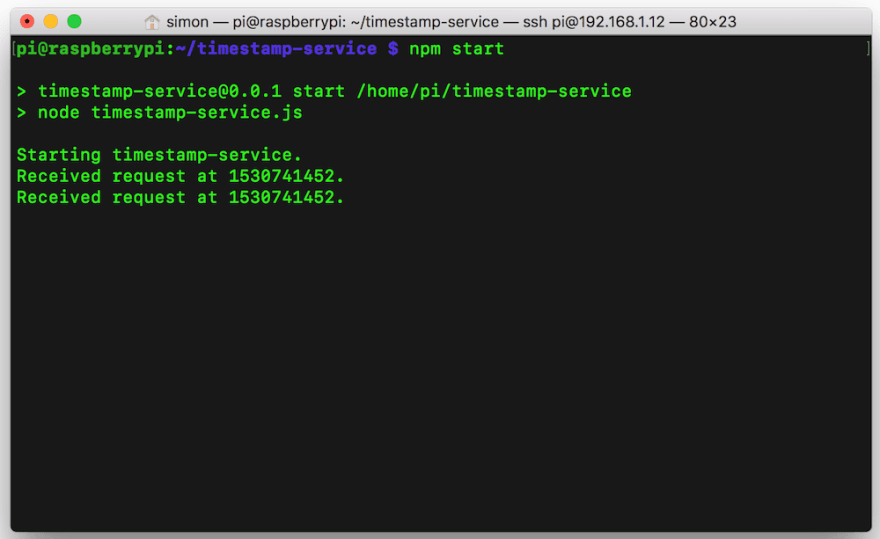 (Quiz question: The service logs twice every time the browser makes a request to it… why is that? — Answer at the bottom of this article)

Having got our project installed and running it’s time to make sure it starts up automatically with the operating system.

To make our timestamp server start with the operating system, we need to create a systemd service file for it. This is where we define a name for it as well as other important information such as when to start it in the boot process and how to invoke it.

Let’s call our service “timestamp”, and provide information about it in a file called timestamp.service:

What does this do?:

This file is also included in the GitHub repo and should be copied to /etc/systemd/system (where the Pi’s operating system expects to find service definitions):

Now we should be able to start the service manually:

This won’t produce any output on the terminal, but we can verify that the service started by pointing a browser at port 8000 on the Pi’s IP address in the same way that we tested the service before. We should see a timestamp appear in the browser.

Instead of logging to standard out on the console, systemd is now managing our service’s logging. Logs can be viewed as follows:

This contains a mixture of log entries from systemd regarding startup and shutdown of the service, and Node.js (the console.log statements in our timestamp-service.js file).

As you might expect, the service can be stopped with:

Again, this generates no console output, but we can verify that the service has stopped both by revisiting port 8000 with a browser (will refuse to connect as the service is no longer listening there), or by looking in the logs:

Checking the Service Starts on Boot

Finally, let’s check that the operating system starts the service on boot up by rebooting the Pi:

Give the Pi a minute or two to reboot. Now we should be able to verify that the service came back up automatically by either logging in and looking at the log with journalctl, or by accessing port 8000 from a browser.

That concludes our brief introduction to starting your code on bootup with systemd and Raspberry Pi. If you want to learn more, here’s some useful resources:

I’d love to hear what you’re up to with the Raspberry Pi, Node.js or a combination of the two. I’ll try and write more as time allows.

Quiz answer: The service logs twice because it responds to all requests sent to it. When the browser requests a page it also requests “favicon.ico” and our simple service responds to both requests with a UNIX timestamp. We can see this using the browser’s developer tools… 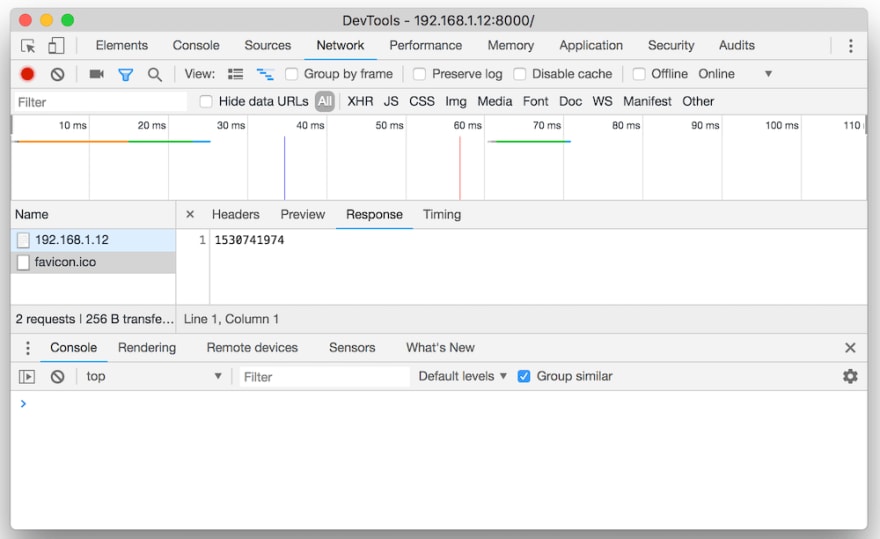 Create Your First React Desktop Application in Electron with Hot-Reload

How Create Relationships with Mongoose and Node.js ( with real example )