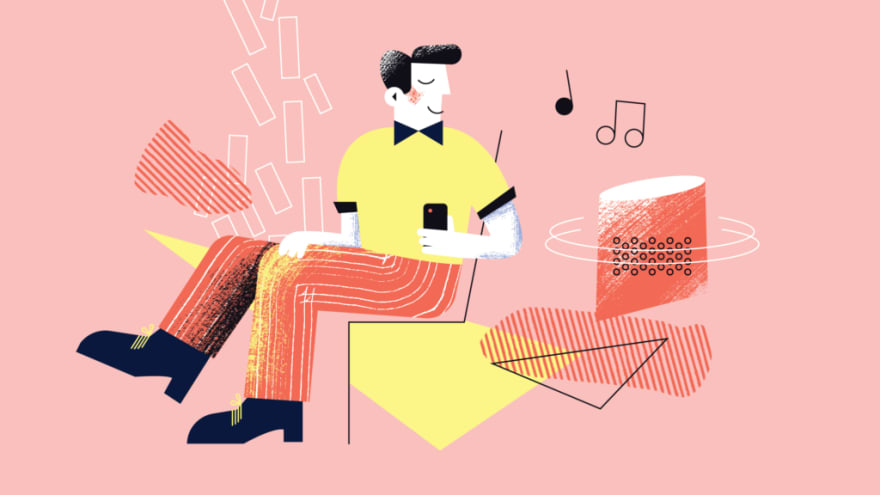 There's a fairly common theory about the spread of new ideas. Maybe you've heard of it. The diffusion of innovations theory suggests that groundbreaking ideas, discoveries and movements start with a certain type of person: the innovator. 👩🏻‍🔬

💡 Innovators are the people who blaze the trail, whether that's something serious like forming the theory of gravity or a silly fashion trend, like wearing a fanny pack.

Then, there are the early adopters. 🧑‍🚀

Early adopters are people who accept and participate in the new idea, even if it's still somewhere on the uncharted waters. Once a small group of early adaptors has accepted the idea, it transforms from "crazy and daring" to "fresh and cool."

Here's how the theory works in the wild:

That guy in the blue shorts dancing like crazy? He's the innovator. He sets the stage for other like-minded individuals, the early adopters. Everybody else is the majority.

Now, don't get us wrong. It's perfectly ok to sit with the majority. But there's something uncanny about being the first. After all, people who are revered and remembered throughout history are often the ones who blaze the trails others find impassable.

We're talking about the Thomas Edisons, the Steve Jobses, the Marie Curies. All of these people had plenty of praise-worthy qualities (and some bad ones, too). But what do we remember them for? What truly sets them apart from the majority?

And we bet originality is what you're looking for. Whether you want to write, paint, direct or run a successful business, the muses are not always easy to find. That's what this article is for.

But first, let's clear a few things up. 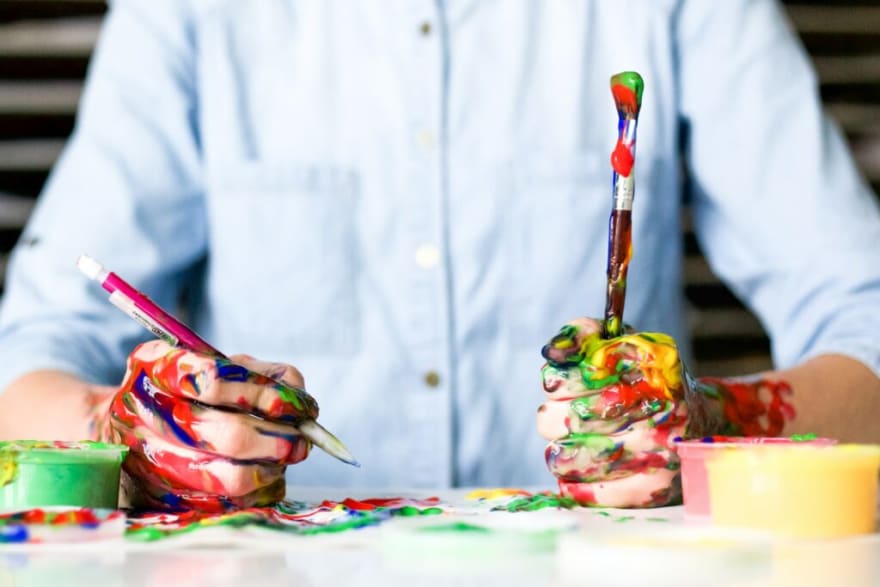 Now, what some might call an innovator is what Adam Grant, author of *Originals: How Non-Conformists Move the World *calls, well, an original. According to Grant, originals:

But finding, nurturing and even becoming originals isn't easy. Mostly because we don't understand them. In fact, the very person who our intuition might be telling us is a poor employee might actually be an original in hiding.

It's a classic "misunderstood genius" type of scenario. 👨‍🎨

Why Do We Fail to Recognize Greatness? 🔍

When you imagine a great innovator, who do you think of? If you're visualizing a person who is confident, driven, hard-working, powers through tasks and gets things done, you're not alone.

That's what most of us see. But most of us are wrong. Because in reality, originals look... sort of like everybody else. 👨🏻‍💼

But these characteristics don't curb their creativity or productivity. In fact, it might be just the opposite. 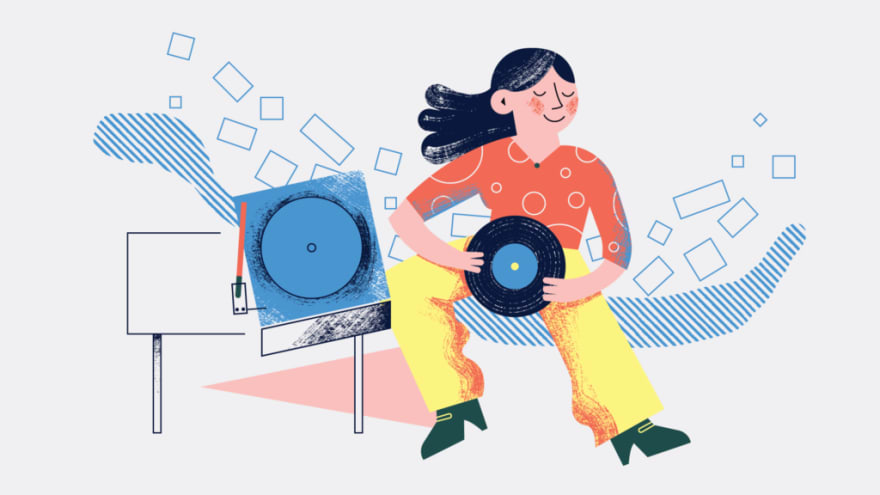 Let's start with procrastination. After all, what kind of a manager would want an employee who's a master procrastinator? You want somebody who is productive, proactive and driven, right?

The thing is, procrastination can actually be a good thing. Sure, people who put things off until the very last second often don't have the time for world-changing ideas. But neither do people who rush to get things done.

Letting tasks and commitments mature for a little bit before jumping in gives you time for thinking in nonlinear ways, for considering divergent ideas and for making unexpected leaps. 🏃🏻‍♂️

Martin Luther King, Jr. didn't write his famous March on Washington speech a month ahead of time. He was up working on it until 3 am the night before. And his most famous words of all, "I have a dream," never even made it into the script.

Giving himself the freedom to improvise and continue generating ideas until the very moment he was delivering the speech allowed King to come up with something pretty damn groundbreaking. Don't you think?

In the business world, procrastination can be a virtue of creativity. It's much easier to improve on an existing idea than to create something totally from scratch. The runaway successes of the internet era are Google and Facebook, not Yahoo and MySpace.

"To be original you don't have to be first. You just have to be different and better." So if you're quick to start and slow to finish, that doesn't make you unproductive. It just might make you original.

Are originals as crippled with self-doubt as the rest of us? Well, no. In fact, the type of doubt that originals experience is energizing and inspiring, not paralyzing.

Originals have plenty of doubt, but what they're doubting isn't their own worth, value, or ability. Originals don't doubt themselves, they doubt their ideas. And that's what makes them so special.

Doubting your first idea can motivate you to look for a better one. It can help you take something you've seen a thousand times and suddenly spot something new in it. Instead of taking things for granted, originals keep generating new and better ideas until they land on one that might change the world. 🌍

The same thing goes for fear. Look, innovators aren't some kind of magical creatures that have no fear of failure. Of course they have it. But there's something that they fear even more than trying something and failing miserably: not trying at all.

Originals know that, at the end of our lives, our biggest regrets are never the things we tried and failed. They're the things we were too scared to try in the first place.

For originals, fear stems from inaction. It's the untaken chances that are the scariest of all. In fact, Elon Musk didn't even think Tesla would succeed. But he was too scared of letting the idea pass him by to let his fear of failure stop him from trying. ⚡️

One of the main reasons why trying out new, original ideas is so scary is the concern that you won't just fail, but that you'll get branded a failure. You're scared to build a reputation for having bad ideas, and that people will judge you as being plain stupid.

That's why it's so important for executives, business owners and managers to understand that bad ideas aren't really bad. They're necessary to get from point A to point B exploring as many cul-de-sacs as possible. As Grant observes, "originals fail the most because they try the most." 🧗🏻‍♀️

Here's the thing. While Edison's bright moment (pun definitely intended) was inventing the lightbulb, the man holds over 1,00 patents. But do you judge him for patenting such immemorable duds as the magnetic ore-separator and the spirit phone?

How to Become an Original 🥇

The bottom line is that if you want to be more original, you should try to generate as many ideas as you can. The more variety, the greater your chances of stumbling across something unique and revolutionary. That's what true productivity is all about.

Are you worried your idea is bad? Good. Come up with a better one. Maybe you'll create something revolutionary. Maybe not. The key is to forget self-doubt and embrace idea doubt instead.

Be a scaredy-cat if you want to, but be afraid of the right things. Failing shouldn't faze you. In fact, maybe you should aim to fail. Because what you should really be scared of is not trying. That's the real boogeyman under the bed. 🧟‍♂️

And remember, don't get so hung up on procrastinating. Forget all those times your teachers and parents told you it's a nasty habit. Get comfy with letting tasks and assignments mature for a spell.

Originals succeed because of their procrastination, fear, doubt and bad ideas. Not in spite of them. 🔄 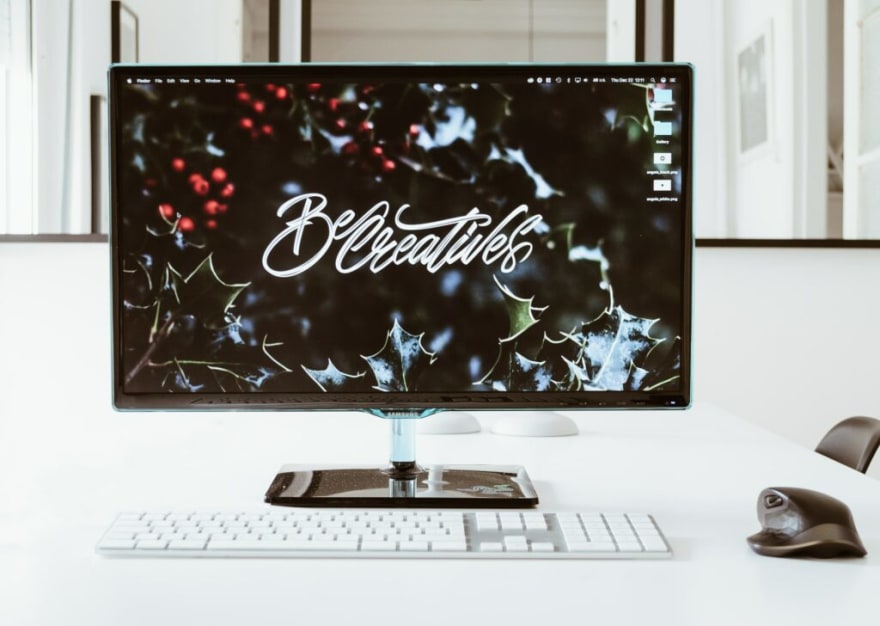 If all of these new ideas are making your head spin, it's okay. It'll take some time before you're ready to turn your assumptions upside down.

Done? Okay, good. Because we have some practical matters to get to.

Chances are, your current workflow has been set up in a way that encourages "productivity," prevents procrastination and discourages bad ideas. Since you now know these things don't exactly foster originality, you need to figure out a new way to work.

Taskade is a simple and flexible tool for communication, note-taking and task management. It lets you store and organize your thoughts for convenient access, skip self-doubt and jump straight into the creative process.

Sign up for a free Taskade account and start generating original ideas today. Just don't forget to give us some credit if you end up changing the world in the process! 🌍

Taskade is building a real-time organization and collaboration tool for remote teams. Our goal is simple, to help teams get things done, faster and smarter. Try Taskade on the Web, Mobile, & Desktop!

How to manage zsh startup files with correct settings.

What kind of physical exercises do you maintain to be fit and healthy?