Let’s take a look at the bottom line, because Docker is a powerful tool, and a huge amount of information on working with it is unlikely to fit into a brochure.

What is a docker?

This is open source software, the principle of which is easiest to compare with transport containers. Just think, because once transport companies faced similar problems: 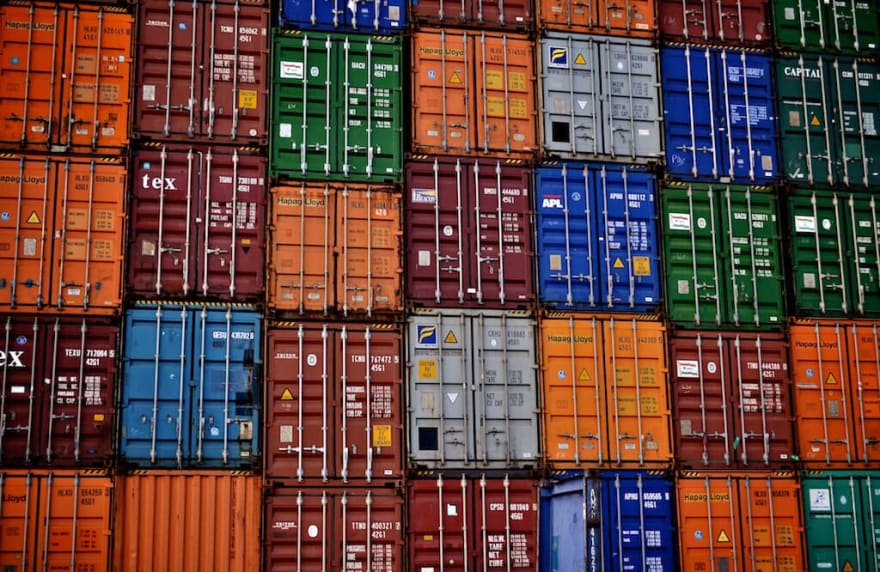 With the introduction of containers, it became possible to transport bricks and glass together, chemicals and food, and much more. Cargo of different sizes can be distributed across standardized containers that are loaded / unloaded by the same vehicle.

But back to the containers. When you are developing an application, you need to provide the code along with all its components, such as libraries, server, databases, etc. You may find yourself in a situation where the application is running on your computer, but refuses to turn on another user’s device.

This problem is solved by creating software independence from the system.

What is the difference from virtualization?

Initially, virtualization was designed to eliminate such problems, but it has significant drawbacks: 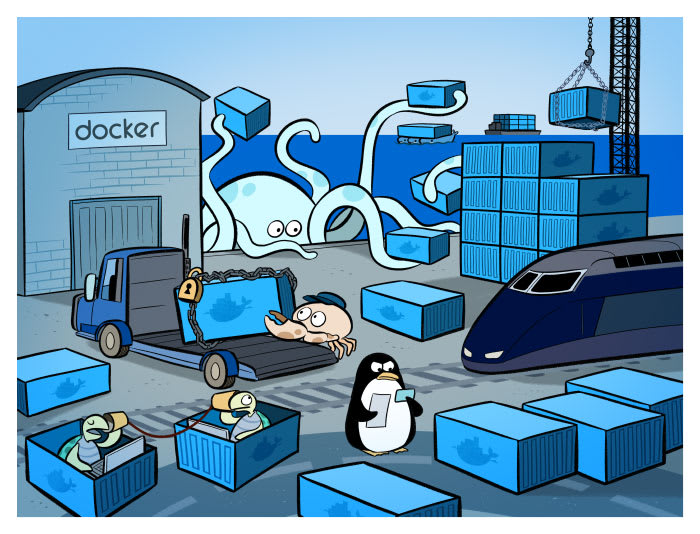 Docker simply splits the kernel of the OS into all containers (Docker container) that work as separate processes. This is not the only such platform, but, undoubtedly, one of the most popular and in demand.

What are the obvious pluses? 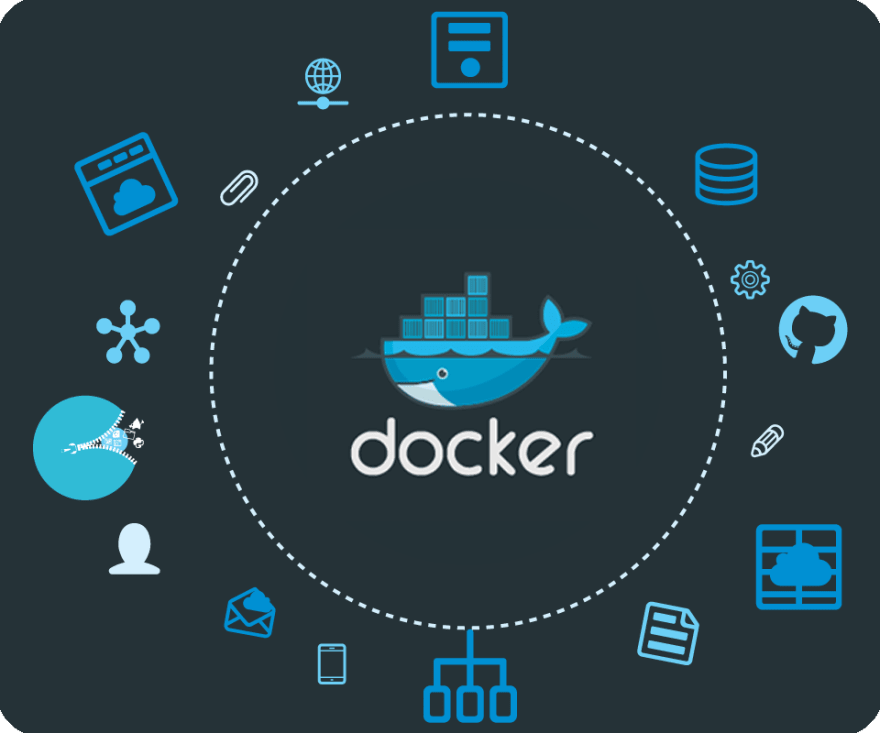 Docker works not only on its native OS, Linux, but is also supported by Windows and macOS. The only difference from interacting with Linux is that on macOS and Windows, the platform is encapsulated in a tiny virtual machine. Currently, Docker for macOS and Windows has achieved a significant level of usability. 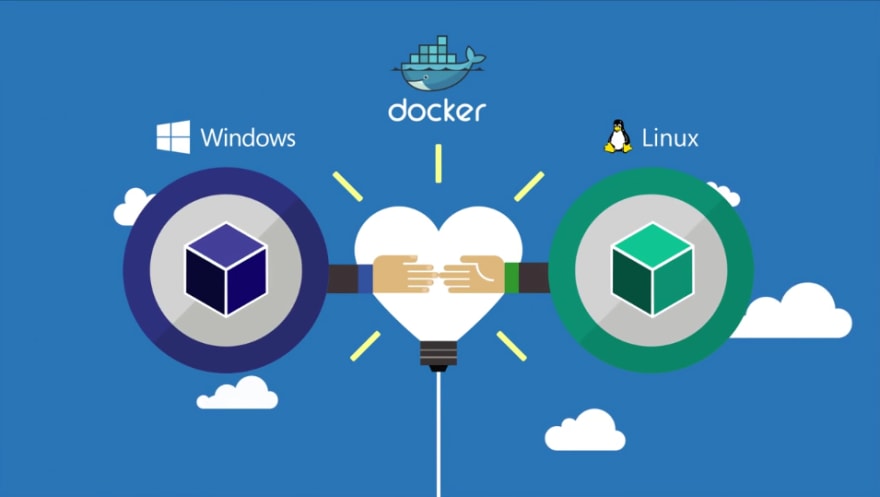 In addition, there are many additional applications, such as Kitematic or Docker Machine , that help you install and use Docker on platforms other than Linux.

Here you can see detailed installation instructions. If you are working with Docker on Linux, you need to perform a few simple steps and re-enter the system: 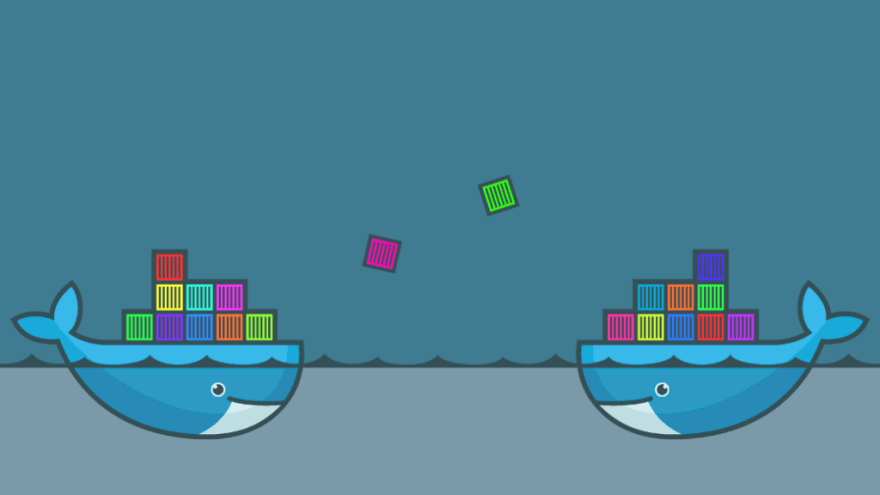 Now let’s try to create an interactive shell inside the container:

If you want the container to work after the session ends, you need to “demonize” it:

Let’s see what containers we have at the moment:

ps shows us that we have two containers:

Note: the second container (with an interactive shell) is missing, because we set the -rm parameter, as a result of which this container is automatically deleted after execution.

Let’s check the logs and see what the daemon container is doing right now:

The container is stopped. Let’s run it again:

Make sure it is running:

Now stop it and delete all the containers manually:

To remove all containers, we can use the following command:

Starting with this example, you will need additional files that you can find in the GitHub repository.

It’s time to create and run a more important container, such as Nginx.

Change the directory to examples / nginx:

Now check this url in your web browser.

We can also try changing /example/nginx/index.html (which is added to the / usr / share / Nginx / HTML directory inside the container) and refresh the page.

Get the information about the test-nginx container:

This command displays system information about installing Docker. It includes the kernel version, the number of containers and images, open ports, etc.

To create an image, you first need to create a Dockerfile: this is a text file with instructions and arguments. A brief description of the instructions that we are going to use in the example:

Let’s create an image that will receive the contents of the site and save it in a text file. We need to pass the URL through the SITE_URL variable. The resulting file will be placed in the directory installed as the volume:

Dockerfile is ready, it’s time to create an image.

Go to examples / curl and run the following command:

Now we have a new image, and we can see it in the list of existing ones:

We can create and run a container from an image. Let’s try to do this with the default settings:

To view the results saved in a file:

To view the results saved in a file:

Docker compose is the only right way to connect containers to each other.

In this example, we will connect Python and Redis containers.

Let’s move on to examples / compose and execute the command:

The current example will increase the view count in Redis. Open the link and see for yourself.

Using docker-compose is a topic for the whole tutorial. To get started, you can play around with some of the images from the Docker Hub, and if you want to create your own, follow the recommendations listed above. The only thing you can add in terms of using docker-compose is to always give explicit names to your volumes. This simple rule will save you trouble in the future.

In this case, redis_data will be the name inside the docker-compose.yml file.

We look at the execution of the volume:

Without an explicit volume name, there will be a UUID. And here is an example:

Docker has become one of the most important tools of a modern developer. Yes, it has some limitations and requirements depending on the architecture of your system.

The post What is Docker, and how to use it? We tell in detail appeared first on TECHY360.

5 books every developer must read before it's too late