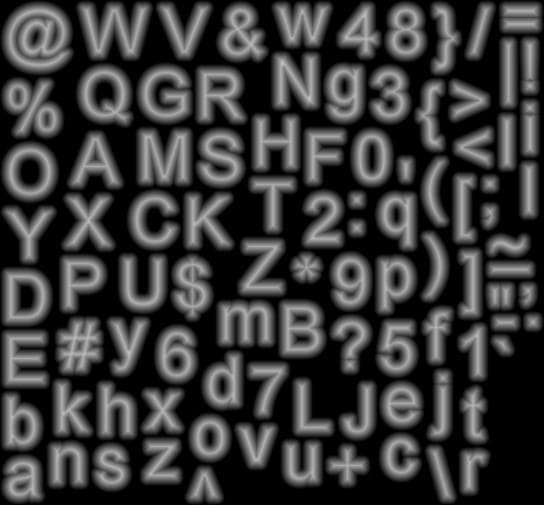 The technique in the original Valve paper is to take a high resolution input bitmap, create a corresponding high resolution signed distance field, then downscale that to the desired final resolution. I'll show an alternative approach that uses only the desired resolution and produces exact distances in a reasonable amount of time. The trade off is the need to use a lot of math, including some calculus.

While this series is tailored towards TrueType fonts, the algorithm can be used to generate signed distance fields from a vector defined shape given it's closed and made up of straight lines or quadratic Bézier curves. Rust will be my language of choice throughout the code examples and I won't be explaining what a signed distance field actually is and the related spread factor, that is not the focus of this series.

Let's start with the following pseudo code for generating our set of signed distance fields.

Let's take a look at the algorithm in more detail.

Inside the loop, we load the character and gather the required metrics. Note the metrics are defined in a 26.6 fixed float format, so we must divide by 64 to get the metrics in fractional units of pixels. FreeType will perform hinting when loading the glyph. One benefit of this is that the width and height will be multiples of 64 so we can cast them to an integer type and divide by 64 without losing accuracy. We want these to be whole integer values so they can define the glyph's signed distance field size in pixels. Also, note the adjustment needed to account for the spread of the signed distance field.

Next, we can iterate over all the pixels in the field to calculate a signed distance for each one. Given a pixel, it's distance can be found by calculating the shortest distance from the center of the pixel to each curve of the glyph. Once we have the shortest distance to each curve, the minimum out of those distances is the final distance. In more detail, we calculate the center of the pixel p then iterate over all the contours of the glyph. A contour in this context just makes up a closed shape. Consider the character "o", it has two contours, one for the inner loop and one for the outer loop. Within a contour, we iterate over the curves that make it up, which can either be a straight line or a quadratic Bézier. Note, for a line we only have it's end point and for the Bézier we have it's control and end point. Because the contour is closed, the end of one curve is always the start of the next. To get the start of the first curve, we use .start() of the contour. At this point, for each pixel center p, we're able to iterate over each curve in the glyph and know the curve's start, end and if a Bézier, control point. From here we calculate two things, the shortest distance from p to the curve and the crossing number. These two things give us the signed distance of p.

After calculating the signed distance, we clamp it to the spread making its floating point range [-spread, spread]. The next calculations modify the distance so its range is integer values of [0, 255], the size of a byte.

Before moving on, I want to share some bonus code. The below will take a path to an output bitmap image and a Vec<Vec<u8>>> which is the type of a single signed distance field and the final texture atlas. I wouldn't recommend using this as the texture atlas your game will read from, instead you should probably save the atlas in a proprietary format along with all the required metrics to render the text (glyph position in the atlas, bearing, advance, etc.). I also won't explain how the code works as the focus of this series is not about how to create bitmap images. It's simply to aid you in visualizing the distance fields or the final texture atlas.

Font Awesome and React-Icons in React