I am not what we call a Cradle Catholic. Meaning, I was not raised in a Catholic family. I wasn't raised in Church attending family. We were loosely Christian. When I met my Cradle Catholic wife, I eventually started going to mass with her and the rest is history.

I spent the first part of my adult life an Atheist. I lost a lot of loved ones when I was young and grew further and further from God. My wife cheated on me when I was deployed to Afghanistan. Then when I was 21 I lost my best friend. His helicopter was shot down and that's what drove the wedge between God and I permanently. Or so I thought.

I didn't convert lightly. I divorced my first wife and lived life as many young twenty-somethings do. I was reckless and didn't care if I lived or died. I'd seen the world. I'd seen the evil. I'd been the evil. I was so far from God that even if I wanted to come back, I was convinced He'd never take me.

That's when I met my wife. I fell in love almost instantly. After a week of texting I asked her on a date. She said sure, but it would have to be somewhere without meat. I thought it was odd, when I met her I saw her eat chicken wings. I asked her why and she told me it was Lent and it was Friday. She was Catholic. I was defeated. There's no way this Catholic girl is going to want to date an Atheist. I told her how I thought and she said, "Okay". Okay? Looking back, that was my first message from God. He spoke through her telling me it was okay.

Soon, we were engaged. We got married and before the year was up we had our first daughter. It was at her sister's wedding where I really felt the presence of Our Lord. The room Church full of Catholics. The love just radiating around the room. My wife was pregnant with our first child. That's when I told my mother-in-law that I wanted to become Catholic. Fast forward seven years later I finally went through the eight-month process of becoming Catholic. Being baptized, receiving the Holy Eucharist, and being confirmed as Jason Michael Savage. Michael isn't my birth middle name, but the Saint's name I chose for my confirmation saint. Saint Michael the Archangel.

So, while I'm a new Catholic in terms of being able to receive the Sacrament of The Eucharist, I've been living the Catholic life for nearly a decade.

Life as a Catholic Software Engineer 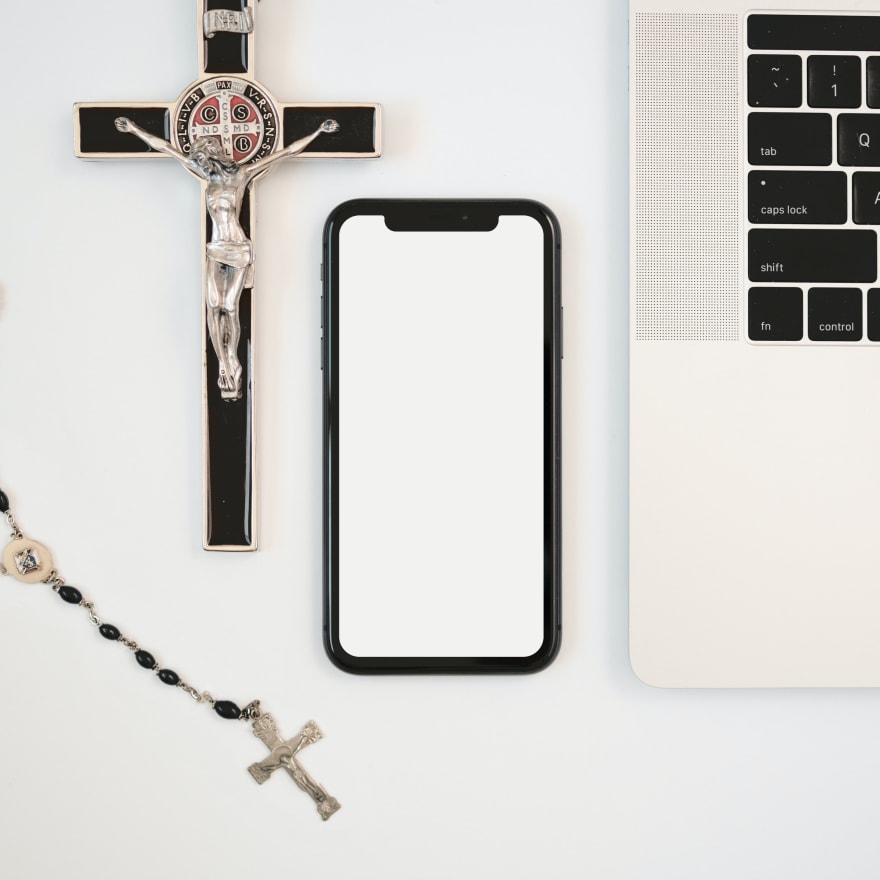 The differences come with being active in the community. Since 2016 (I wonder why this year is significant 🤔), it has been a largely negative experience for anyone who has "come out" as conservative politically. Therefore, it didn't make much sense to involve myself in many blog post conversations.

I enjoy reading blog posts from many liberal and secular authors. Many of them are highly intelligent and have a way of explaining things in an easy-to-understand way.

When politics are brought up, I just stay out of the conversation. Eventually, it led to me unfollowing a lot of people I admire for their professional skills. In the end, I deleted all my social media accounts (starting with Twitter because...ew. How can so much hate and disinformation be spread in so few characters?). I've also unsubscribed from all newsletters and many podcasts.

If we are going to bring politics into discussions we all need to be open to others' ideas. It seems this only goes one way. People assume that because I'm Catholic and conservative that I hate people. Good Christians do not hate anyone. I have found many more Good Christians in the Catholic faith than anywhere else. Which is one huge reason that I decided to become Catholic.

We as a community are missing out on a lot of knowledge and input from people on the other side of the political spectrum because they are trying to protect their image, so they don't miss out on future employment opportunities.

With that said, there is a vocal minority of trolls that do not speak for the majority of conservative and non-secular developers. So, I understand much of the distain doesn't come without being called for.

When I finally brought up my thoughts on something I was kicked out and banned from the Slack community. I wasn't hateful. I wasn't abusing anyone. I merely stated I was tired of politics being in every virtual conference this year, and after being lectured on how women and homosexuals must feel about abortion issues and marriage equality, I said I wasn't going to be convinced about abortion and I've always had the stance that civil partnerships should have the same benefits that marriages have, and I don't think a marriage license should come from the government. Marriage is historically a religious sacrament. That falls in line with my "the less government the better" ideology.

In the Catholic Church everyone is welcome. We are taught to love all people.

I understand as a white male I have it easier than most others. I'm not ignorant to that.

I love all people. I want the best for them, and I know that God loves them too.

I also support spaces, comma dangles, and always curlies on if blocks. I'm on the fence with semicolons.

Photo by Josh Applegate on Unsplash

React design pattern you should know about.

Jason A. Savage
I sling jsx.
What is your favourite ES6 feature?
#javascript #discuss #career #interview
What was your win this week?
#discuss #weeklyretro
4 Reasons Why Every Developer Should Blog
#beginners #discuss #programming #productivity

Once suspended, thesavage_dev will not be able to comment or publish posts until their suspension is removed.

Once unsuspended, thesavage_dev will be able to comment and publish posts again.

Once unpublished, all posts by thesavage_dev will become hidden and only accessible to themselves.

If thesavage_dev is not suspended, they can still re-publish their posts from their dashboard.