In this series i will be documenting my process as i go about implementing this.

So to begin with i wanted it to be a genereic solution and not a one off app, so to solve this the most logical thing that occured to me that could be done was to make it a server and expose a public api to the consumer to interact with the server.

You might have heard of this approach in various software like elasticsearch server, redis server and many more.

Elasticsearch in particular exposes an http REST API to the consumer to interact with the cluster, i would be following a similar approach and exposing an http API. the idea is to make the server as application agnostic, so it wont matter wether you are developing an application in java, node.js, ruby or whatever language you prefer the server interface will be the same. 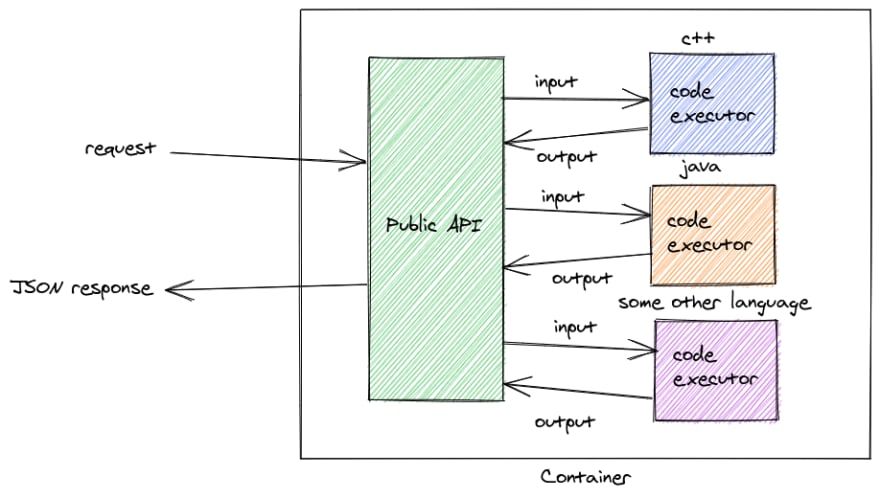 The image above shows the basic architecture of the server.

I will be posting follow-up aritcles as i make more progress, util then happy coding :)
you can follow the project here

Currently a student, love to post about all things tech.

How to test TCP/UDP connections in Go - Part 2

Oauth2 with Google in Go

A coffee-break introduction to time complexity of algorithms