In this article, we will explain what SSH is. Let's go !

SSH - Secure Shell - is an encrypted communication protocol between two machines - a client and a host - via a terminal.

As the most popular communication protocol, we have HTTPS, which allows a web browser to retrieve HTML, CSS and JS files from a web server, or FTP, which allows files to be sent over a network.

What Is SSH Used For ?

SSH allows you to communicate securely to a client or server.

In a terminal : ssh user@host

On windows, you need to install an application, PuTTY :
https://mediatemple.net/community/products/dv/204404604/using-ssh-in-putty-

Since 2018, Windows has by default an SSH client :
https://www.howtogeek.com/336775/how-to-enable-and-use-windows-10s-built-in-ssh-commands/

On Linux/Mac, SSH is installed by default, If it's not the case : https://www.makeuseof.com/tag/beginners-guide-setting-ssh-linux-testing-setup/

How Does SSH Works ?

Symmetric encryption is an encryption algorithm that enables the encrypted connection between a client and a host.

The client and the host have the same key to encrypt and decrypt a message.
This key is generated via the Key Exchange algorithm. 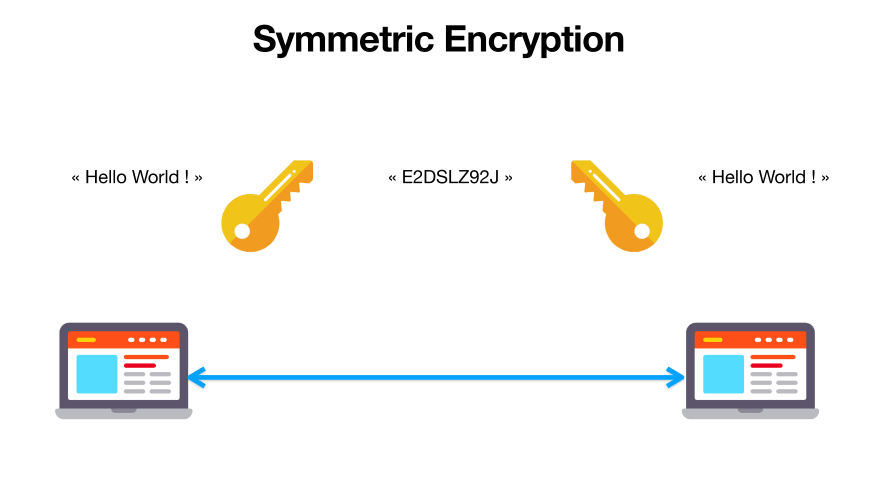 To secure the key, we use a key exchange algorithm.
It is an algorithm that allows keys to be exchanged securely.

But, if someone steals the key, can they decrypt the message?

What makes this algorithm so special is that the key is never passed between the client and the host.
Instead the two computers share public pieces of data, and then manipulate it to independently calculate the secret key.
So even if another machine captures the publicly shared data, it won't be able to calculate the key because.

To function, it needs an asymmetric encryption.

An asymmetrical encryption uses two separate keys - one public and one private - for encryption and decryption.
Each user has a public and private key.

What does that mean?
A message is encrypted by machines public key can only be decrypted by the same machine private key.

And it's what we call a one way relationship. 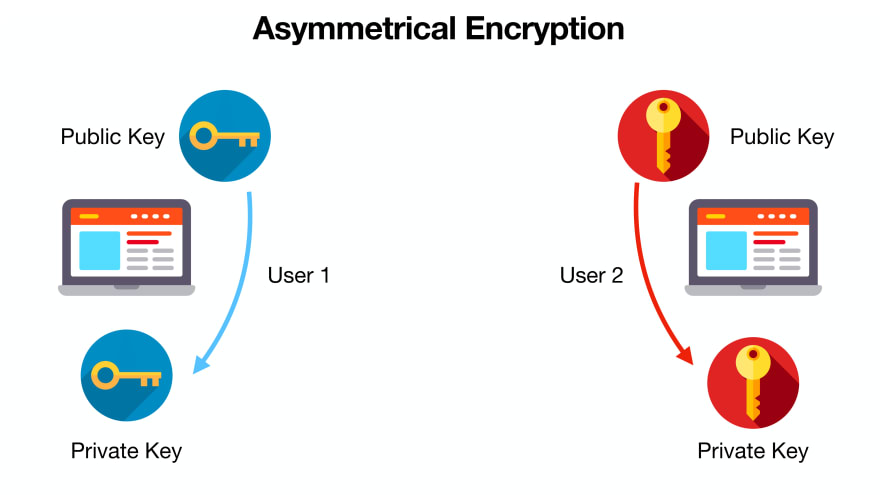 In practice, what does it do ? 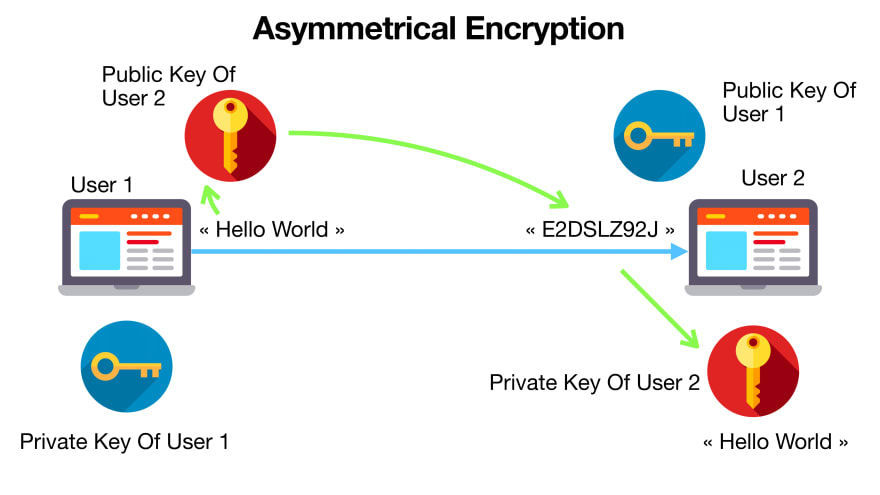 This form of encryption with SSH is actually only used during the key exchange algorithm of symmetric encryption.

We need some way with symmetric encryption to generate that yellow key (first picture) without it entering the public.

And at this point we're able to get these yellow keys the symmetric key so we can exchange method messages using something called the Diffie Hellman key exchange. 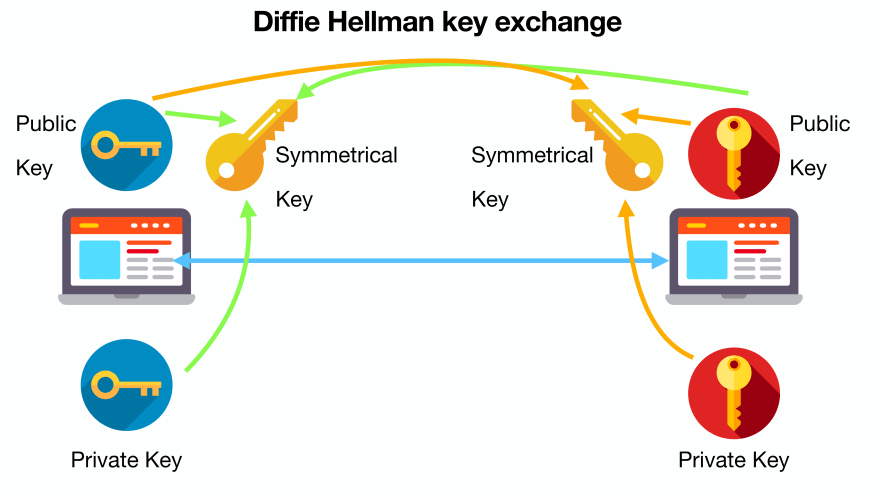 Use SSH With Github

On your computer, open your terminal an go to your ssh folder :
cd .ssh

The dot means that the folder is hidden by default, if this folder does not exist, create it.

You'll get to ask where you want to save the file, by default, you can leave empty, but as we generate a key specially for Github, enter as path :

You have an option over here to enter a passphrase just for extra security if you want.

You have finally generate your ssh key for Github ! 🎉

Next step, we will copy our public key and send it to Github. We have an command for this :
pbcopy < ~/.ssh/id_rsa_github.pub

Next, go to your Github account -> settings -> SSH and GPG keys, click the button New SSH key, you can add a title, copy your ssh key and finally add it.

To make sure Github is using the correct key for the connection, use the following command :
ssh-add ~/.ssh/id_rsa_github

Your key is added, now to test it, take a repo on github, clone it with ssh on your computer.

If you go to your github profile and you see your green key, well done ! 🥳

If you want to try to connect to a server with ssh but you don't have one, you can use a virtual machine !

On your server - vm, like an Ubuntu :
cd .ssh
Same case, if this folder does not exist, create it.

nano authorized_keys
Same, if this file does not exist, create it and put your public key.

Go back to your client, and add your private key :
ssh-add ~/.ssh/id_rsa_test_server

It's done ! now for connecting to your server - vm :
ssh root@ip_server

Thanks for reading this article.
I tried to explain the basics in a condensed way so that it was not too long to read.

If you want to clarify or for something else, do not hesitate to leave a comment.

See you in a next article, bye !