This article is part of a short series where I am writing brief thoughts about my personal projects. 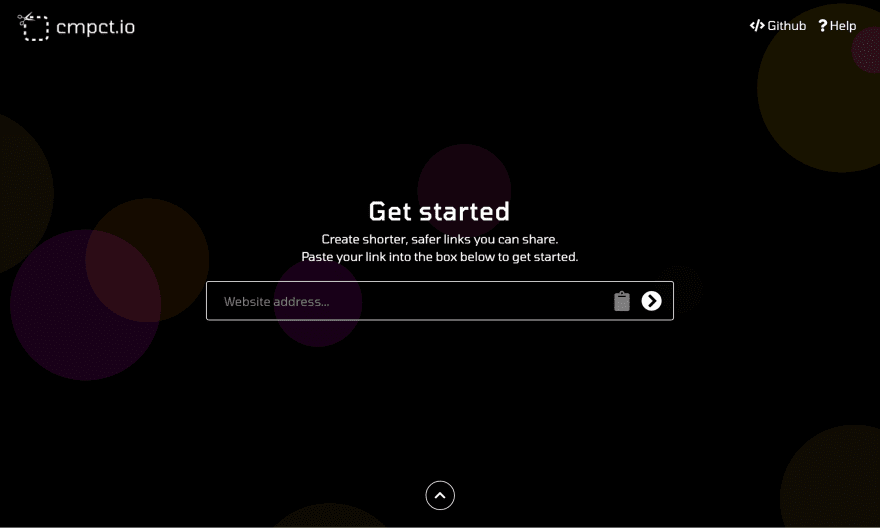 Why did I build cmpct.io?

Every year I try to build a new personal project using technology that I think is cool at the time. I do it for a few reasons...

The project started on December 15th 2019 and was ready for MVP on December 31st 2019, so it has progressed from conception to reality very quickly; partly because I have constrained the scope of the project in the early days.

You may have heard of projects like bit.ly where you paste a long URL and the service spits back a shorter one you can share with friends and colleagues. cmpct.io is a bit like bit.ly but it differs in a few ways... 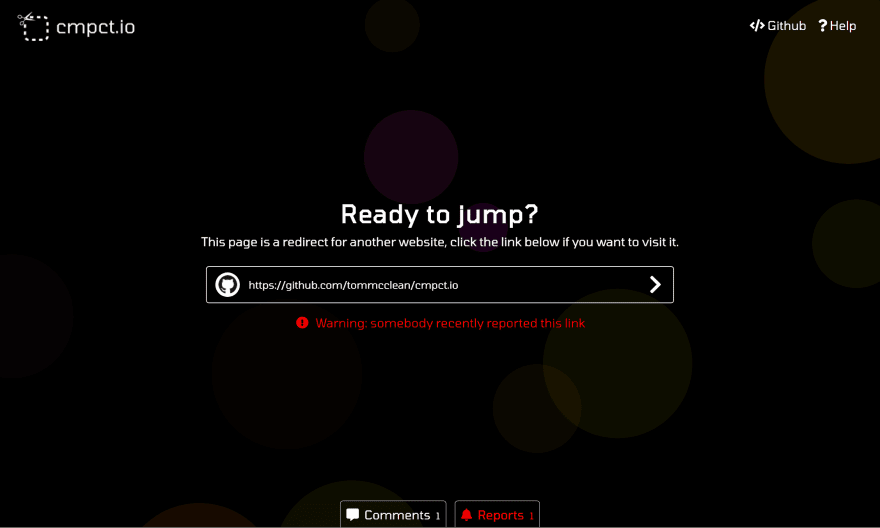 What technology does cmpct.io use?

I love VueJS, I have been using it for a few years now, and I have built projects with it before, cmpct.io is no exception. The front end website for this project is built with VueJS and Nuxt, it is a universal app which has PWA features; it can be installed on your device for example.

The front end doesn't use any design frameworks like bootstrap this time, I wanted to keep it really clean and minimalist, so all the css is hand-written, typically in Sass where nesting is relevant at a component level, but pure CSS where the complexity is not needed.

I use a few cool node packages like shortid to generate unique identifiers for my links, but it is pretty lightweight really. I was even able to bring over components I have written in my other VueJS projects, like the snackbar.

On the backend I have a .NETCore 3 Web API, it is super simple with no authentication, it is just a basic restful API which handles GET and POST requests for the small number of business objects involved in the project (Routes, Comments, Reports). I even broke down my api project by business object as don't tend to interact.

For data retention I am using an Azure storage container where each link is simply stored as a tiny JSON file and read from on request, latency doesn't seem to be an issue and it is dead cheap to maintain.

The API and front end are seperate websites, both hosted on the same App Service in Azure, running on an S1 Linux Box and deployed using the Kudu Continuous Deployment offered by Azure for free; with zero modifications from the template!

I did a few interesting things in this project, the turnaround time was the shortest of any project I have worked on, 2 weeks from nothing to MVP so scope was constrained. But a few things I find interesting here include...

Nothing immense is planned beyond refining the initial feature set, but I do intend to add a few cool features to further differentiate it from the competition.

I definitely need to go back and refactor bits and pieces too as I rushed to MVP.

If anybody is interested in contributing, the project is completely open source on Github, so feel free to improve my code or contribute to new features!

Once suspended, tommcclean will not be able to comment or publish posts until their suspension is removed.

Once unsuspended, tommcclean will be able to comment and publish posts again.

Once unpublished, all posts by tommcclean will become hidden and only accessible to themselves.

If tommcclean is not suspended, they can still re-publish their posts from their dashboard.

Once unpublished, this post will become invisible to the public and only accessible to Thomas William McClean.

Thanks for keeping DEV Community safe. Here is what you can do to flag tommcclean:

Unflagging tommcclean will restore default visibility to their posts.