I have been working on a service that manages a number of Machine Learning workloads that is deployed to AWS Lambda. One of the issues I encountered deploying this service is our dependency on a number of popular ML related Python modules such as pandas and scikit-learn and exceeding the maximum size thresholds imposed by AWS. AWS enforces a 250 MB hard limit on Lambda packages and scikit-learn alone is 100 MB unzipped. Deploying yields:

There doesn't seem to be many options for slimming down dependencies, I was hoping to find subtree splits of the submodules that were relevant to our project, but came up short. I had already configured the serverless-python-requirements plugin to slim down packages:

Note: the strip: false option was required to prevent an error during execution which manifested as:

One option to reduce the footprint of dependencies is to implement some form of tree shaking, to remove chunks of code we're not actually using, the tricky part would be to identify which parts those are. In our case, we had already 100% test coverage, so we were able to use this coverage and run a report against our dependency folder (instead of our src folder) to find out which parts of our dependencies we were actually using:

Running this report indicates about %6 "coverage" of our dependencies: 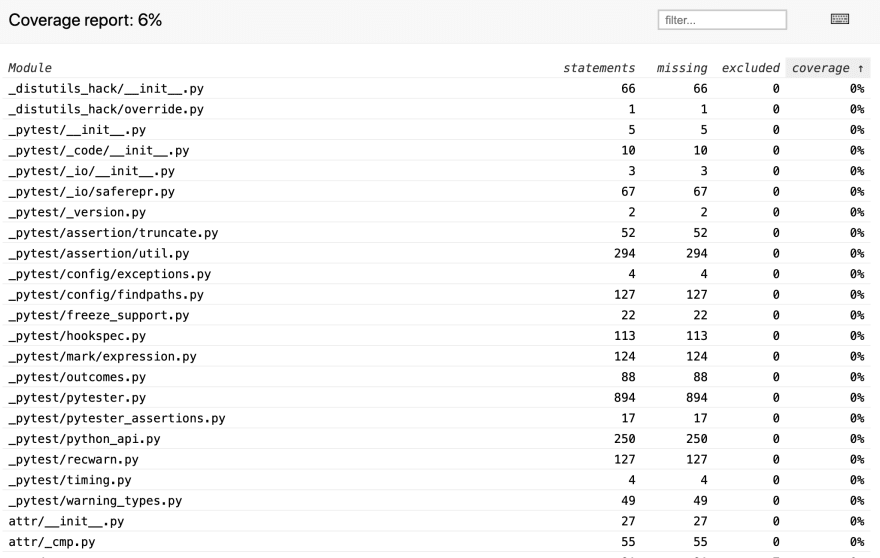 From here, it was a simple matter of taking a snapshot of files with 0% coverage and removing them from our artefact. To accomplish this, I found the serverless-scriptable-plugin was required to remove dependencies added by the serverless-python-requirements plugin.

In the end 28,000 unnecessary files were removed and the artefact was reduced from 307 MB to 236 MB, unblocking deployment.

How to apply AWS EC2 with Boto3 & Python

Once suspended, unearthed will not be able to comment or publish posts until their suspension is removed.

Once unsuspended, unearthed will be able to comment and publish posts again.

Once unpublished, all posts by unearthed will become hidden and only accessible to themselves.

If unearthed is not suspended, they can still re-publish their posts from their dashboard.

Once unpublished, this post will become invisible to the public and only accessible to Sam.

Thanks for keeping DEV Community 👩‍💻👨‍💻 safe. Here is what you can do to flag unearthed:

Unflagging unearthed will restore default visibility to their posts.