It happens that in your organisation the very first React application is built with months of dedication, great developers coding with ridiculous decency which is reflected in their clean code practices, the performance index is superb and yes, its user experience is unmatched! The time has come. You've just finished all the major deployment, DevOps stuff and crazy testing. You're about to deploy this wonderful application which will definitely help grow your business a lot. You deploy, you fail and then you reflect...

None of these performance indexes, UX reviews, testing etc matters unless your application is secure. In today's world, data is the most precious gem you can find on Earth. (no, I'm not joking!) Your entire business may collapse in a drift if your application is insecure or one 12-year-old hacker jailbreaks your code to sell for bad stuff. Hence, it's highly important that every application must be secure first. As you're a React dev, here are some of the common tips you'll find around to safeguard that JSX code.

If your application has some authentication feature where users log in or create an account, you need to make sure it's secure because usually the client-side authentication and authorization is the one which is exposed to multiple security flaws which may damage these protocols within the app.

Most prominently, you would've used one of the following methods to add authentication:

Let's take a look at how you can safeguard with JWT:

❌ DON'T store your JWT tokens on localStorage. Someone can easily use the browser's dev tools console and write this to get this token very easily:

They can now make use of this token to send them to a different location where they may be collecting them! That's bad for both you and your users.

✔ DO move your tokens from localStorage to a HTTP cookie.

✔ Else, DO move your tokens to your React app's state.

❌ DON'T keep the secret keys that go into signing your tokens in the browser. Anyone who visits your website can see the different data, cookies, tokens etc. If you're sending the secret keys you should know that they can be used to sign some new tokens!

✔ DO keep them on your backend. Always sign and verify these keys on the backend.

❌ DON'T decode the token on client-side. Especially the access tokens. Generally, these access tokens are meant for the APIs powering the application.

✔ DO keep an expiresAt key on your localStorage. Here's a simple method on how you can add an expiry time for reference.

✔ DO keep your token payload small. The bigger the payload > the bigger the size of your token > the larger the request when they hit the endpoint > more bandwidth power from your users > the less performant your app.

✔ DO make sure you're using HTTPS and NOT HTTP under any circumstance. This will make sure your web app has a valid certificate and it sends the data over this secure SSL connection.

I recently came across this comment by Warren, it's insightful.

Typically this security vulnerability occurs when the app isn't secure enough or it has some loopholes in masking the IPs of services. Due to this, it can't interact with the server causing some services to stop. Here are some ways to stop this:

XSS is quite risky as the injected code from the attacker will be executed as a legitimate app code, giving the attacker full control over the application running in the user’s browser. It can look as cute as this:

And here's the same code with some protection from XSS:

As you might know, &lt; and &lt; are interpreted as < and > respectively so the browser will not confuse the data for code this time. Some more ways to shield are:

Is there any "behind the scenes" difference from setting an element's innerHTML vs setting the dangerouslySetInnerHTML property on an element? Assume I'm properly sanitizing things for the sake of simplicity.

CSRF attacks take place through unauthorized cookies placed within your app by the attacker or by some unintended cookies. It forces an end user to execute unwanted actions on a web application in which they’re currently authenticated. Get some important points to not allow it to happen:

You enter your authentication details and boom...the app crashes leading to exploitation of credential data. Make sure you have the following stuff ready to not allow it:

6️⃣ Secure against libraries and components

There's always a risk involved whenever you use a third-party library, modules, or APIs in your React app. Sure, they do help us a lot in the rapid development of features but who knows their own set of security flaws might destroy your own app!

When I first learned that WhatsApp chats will be end-to-end encrypted I was so much happy! Heck, they even have a PDF explaining how they do this...

This encryption type makes sure that the data shared is involved within your React application and nowhere else. All third party will be denied access to transfer any confidential data. Read this article here on DEV which goes through the entire process of making a chat app on React with end-to-end encryption: 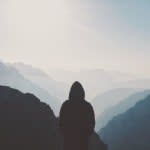 Have a look at the following resources for more help:

This is why programming is great. Happy and satisfying from the beginning! Was your first programme "Hello, World!" as well?

How to migrate from webpacker to jsbundling-rails (esbuild)