The REM windows command-line tool is to record comments in a batch file. To know more about this command, read this article further.

Run command window helps you to run programs, open the files and folders. And there are several ways to open up the run command dialog box. This run command box is helpful for you to head straight to the destined program quickly.

One of the most commonly used methods is the shortcut key method. Also, this method is in all versions of Windows. It would help if you pressed the Windows+ R ** ** key concurrently to open the Run command dialog box. 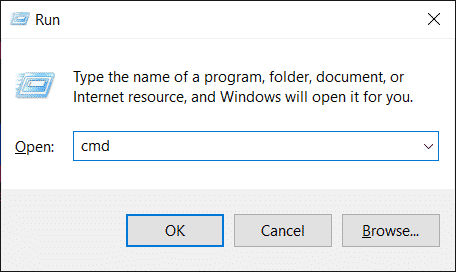 What does the REM windows command do?

The REM windows command-line utility is to record comments in a script, batch file. It will add vertical spacing if no comment is mentioned. This command is internal

we can use this command everywhere in the command line.

REM at the start of the line indicates a comment in the batch file.

The following usage of the path operator in batch-parameter substitution is invalid: %~

This error message shows if you interpret commands like

In order to dodge this issue, do not use % in comments.

You can also add a line in the middle in the batch variables, spaces, and punctuations as it does not exist. Start it with = and end it with = sign like,

This article will let you learn about the REM command. For more information about windows, commands, visit our homepage. Leave your valuable comments in the comment section.

Introduction to the Terminal

Victor James
I'm the founder of Windowscmd.com
How To Generate a QR Code From Command Prompt?
#cmd #howto #q
How To Disable/Enable Windows Explorer
#howto
How To Open Command Prompt from a Folder
#howto