React Hooks API was released more than a year ago. A great deal has been said and written about it, including articles by React team. I am using hooks every day on my job and in my personal projects. However, I noticed that quite often we disagree about when to use them - and this can hurt productivity.

I think disagreements exist because we tend to use React hooks without really "thinking" in them.

In this article, I will omit the "what" and "how", because there already are a plenty of good introductions. Instead I will focus on why and when you should use React hooks.

This article by Tyler McGinnis is a very good explainer. It compares hooks to the older API and approaches. The main idea is that hooks enable sharing of non-visual logic. Sharing visual logic has always been easy - that is the whole point of components. Just create a <Button> and then use it in every part of your website. Make it customizable with some props if you need to. 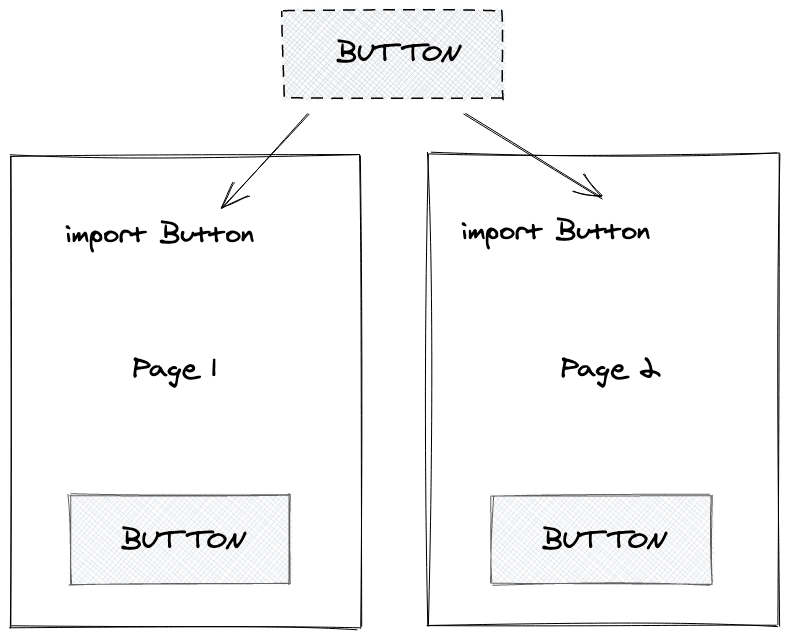 On the other hand, if you need to fetch external data and then show it in different components, you have a problem. 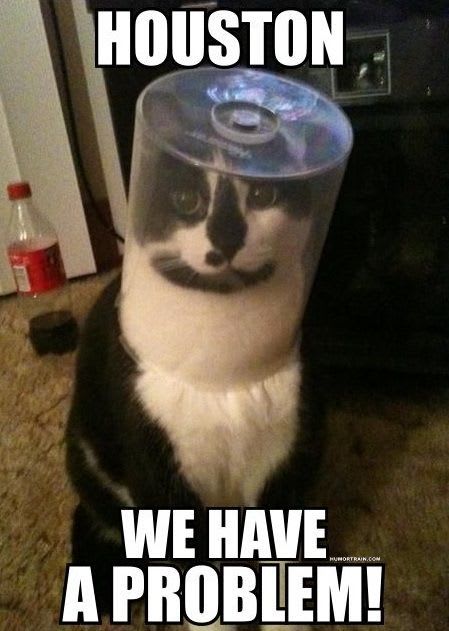 You cannot use the same lifecycle method (like componentDidMount) in two or more components, whether it is a class component or function component. The same is true for this.setState: class components conceptually OWN the state and you cannot easily share it.

The simplest sharing mechanism that has existed in React from day one is... props. If you need to use the same state in two or more components, you "lift" it to the closest common parent component in the React tree. Then you can simply pass the value down as props. But this is not always convenient and other approaches emerged.

You can play with it here:

If you are an attentive reader, you probably noticed that although logic is shared, the state is not! We actually fetch data twice and it exists in two different places now. This is bad and may lead to very nasty bugs. Here's a picture that shows what actually happens: 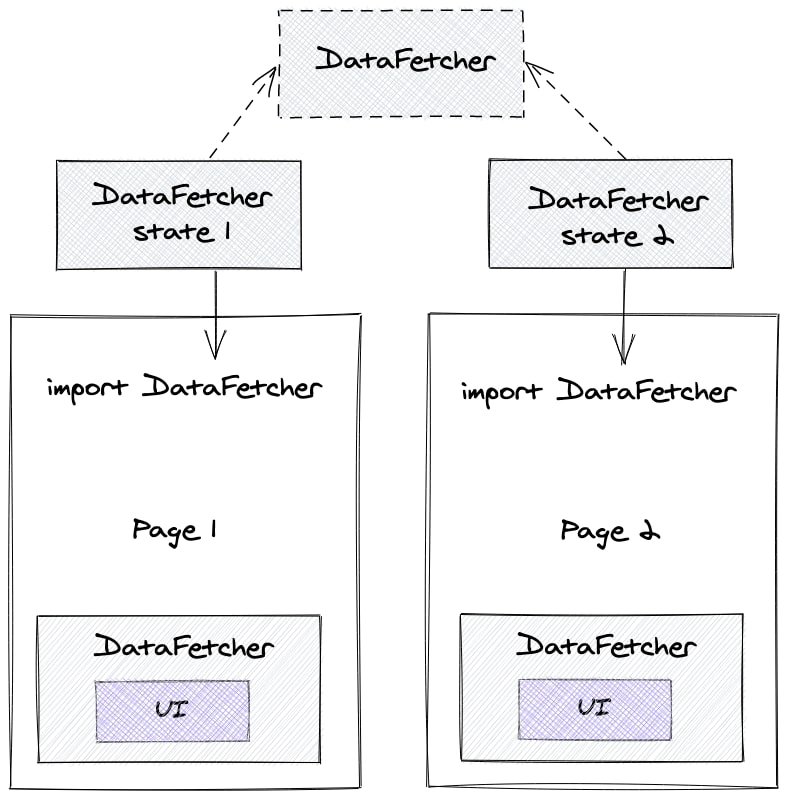 Of course, it is possible to rely on libraries like react-redux to completely separate fetching logic from React and maintain an external object/store, which is then "connected" to your components. But at the end of the day, what connect means is basically the same thing as HOCs (although react-redux hooks are now a thing!).

In all of these approaches, something owns the state.

Owning state versus sharing it

Hooks solve exactly this problem of sharing logic. When you use useState, your component does not own state anymore. Instead, state is "shared" with your component. Conceptually, with React Hooks none of your components have state. Hence the natural choice of words "hooks" and "use". They could have chosen borrow but I think use is simpler. For the same reason, this.setState also should have been named haveState or ownState because it better reflects the reality.

You can think of useState as dynamic import. The difference is that you can only import state from inside the function component, not at the top level. The good thing is that you can import whatever you want. Sharing then becomes trivial: reusing state is not harder than importing some object from two different files where you need it. Because the very "thing" (value) that you want to import is dynamic, you cannot "import" it in two different functions before the program runs. Naturally, then, you have to create another function that does the importing. You CAN import that function statically wherever you need it. This is the idea behind custom hooks. 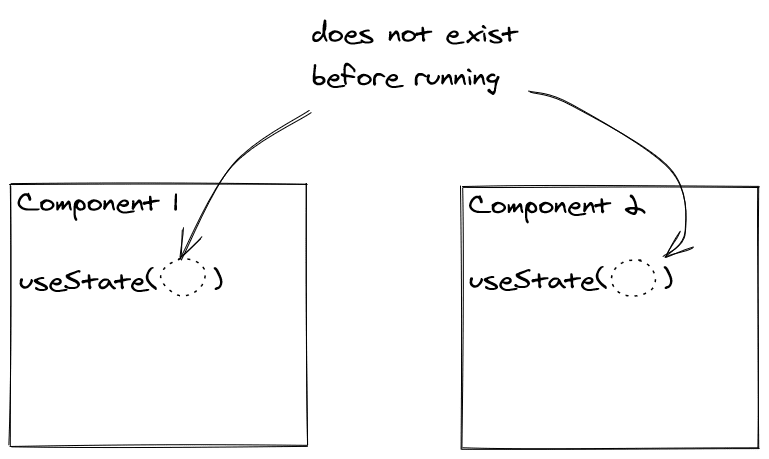 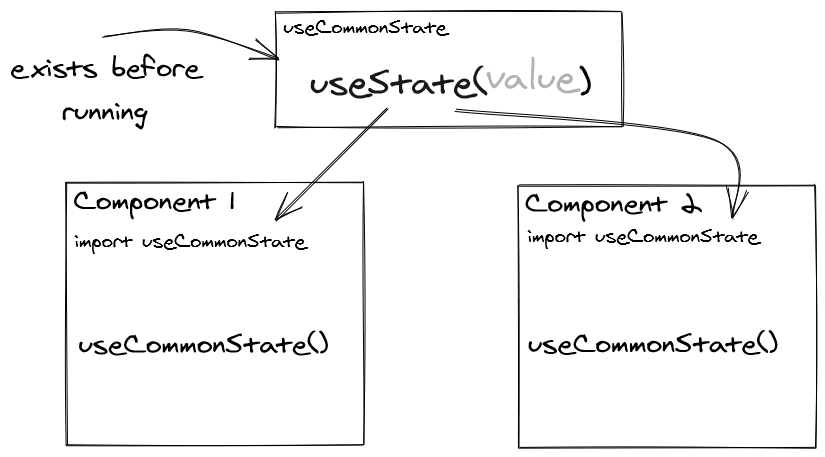 The analogy with import is completely justified. A lot of react libraries that people import in their code today are basically a hook. Some of the most popular data fetching libraries like swr and react-query are hooks (useSwr and useQuery respectively). Even animations in libraries like react-easy-flip can be done with a useFlip hook.

Not understanding the (conceptual) difference between owning and sharing is one big reason disagreements may occur. No one would argue whether using import is a good approach or not. It is essential. In fact, before Hooks were released, there was a proposal to use the use keyword. But I guess a function is better than having to maintain a non-standard syntax addition to Javascript.

UPDATE: I'm not saying that by using a custom hook you can have the same state reference or execute logic only once. In fact, if this is a fetching hook, unless some kind of cache is used, you will fetch twice and get two identical pieces of data for each calling component. This is the same result as in render function as children approach (or render props).

When to use React Hooks

The answer to this question is "almost always". Some people think that there are cases where you CAN use a hook but, even though it is natural, it would not be very scalable/maintainable to use it. For example, it may be tempting to try to separate the pure view component from logic and avoid using hooks in it, especially when you do not need to share that logic (e.g. data fetching specifically for that component). The fear of using hooks in that component comes from thinking that the otherwise pure component would own the state and hence be coupled to logic that may potentially change.

There is no 100% right or wrong answer, but there are three reasons to still use hooks there:

a) There are no better alternatives. One of them is to have a "container" component whose only purpose is to fetch data for the pure component. The problem is that if logic changes in the future, the very same changes would have to be made to the container. It is even worse because some components higher in the tree might want to pass props to the pure view component and the container will have to take and pass the props down.

b) A custom hook which may change a lot is not a very good hook. For example instead of having useFetchUser and useFetchProfile hooks, it may be better to have a useFetch hook that only does the fetching. The fetching function may change from the external API to the local database, so you can also make it an argument to useFetch. Then you can create hooks like useUser which use useFetch under the hood. Ultimately, this is not a problem of React, but a problem of abstraction.

c) Components that use hooks are NOT difficult to test. It seems so, but changes that you need to do to make the component with hooks testable are minimal. In this article about Storybook I explain how to use dependency injection to make testing easy.

What you can't do with React Hooks

I am aware of only one case where you cannot use React hooks. This is when you need to capture the DOM properties like width or (x,y) position right before the rendered update is commited / laid out. In class components this is possible with the getSnapshotBeforeUpdate lifecycle method. At the moment of writing there is no hook counterpart of that method. This is a pretty rare use case, but it is very important in some animation libraries.

What about many other hooks?

I didn't say anything about other very useful hooks like useEffect, but the same logic applies to them. You can share not only state but side effects as well! The detailed analysis of them is out of the scope of this article. But if you are interested you can read more about some interesting use cases for useLayoutEffect in this article I wrote earlier.

Once suspended, virtualkirill will not be able to comment or publish posts until their suspension is removed.

Once unsuspended, virtualkirill will be able to comment and publish posts again.

Once unpublished, all posts by virtualkirill will become hidden and only accessible to themselves.

If virtualkirill is not suspended, they can still re-publish their posts from their dashboard.

Once unpublished, this post will become invisible to the public and only accessible to Kirill Vasiltsov.

Thanks for keeping DEV Community 👩‍💻👨‍💻 safe. Here is what you can do to flag virtualkirill:

Unflagging virtualkirill will restore default visibility to their posts.