Apple not more than a month ago launched its new OS version and it probably was the first OS that was extensively scrutinized even before it was launched in the market. Surrounded by so many speculations and leaks reports, it got released on 19th September 2017. And now that iOS 11 is finally here, everyone is trying to comprehend it and get the most out it. iOS 11 is loaded with extensive features enabling developers to develop robust and smarter apps which can offer consistent and engaging user experience to their customers.

Let’s look at some of the features using which the developers can create enhanced app experiences for their users: 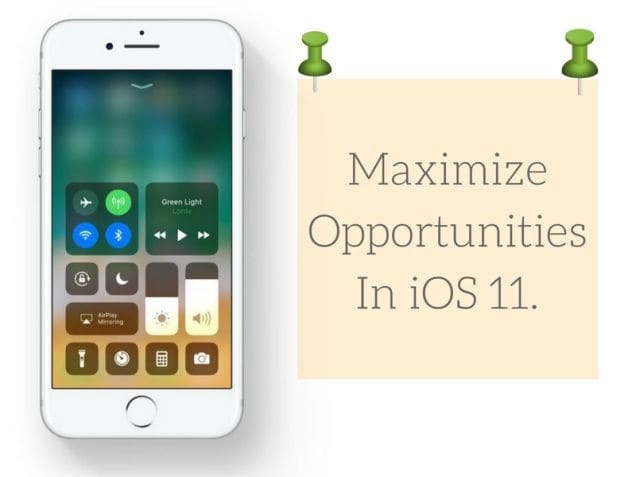 Apple with its new iOS has introduced a Core Machine Learning which enables a developer to incorporate machine learning into applications. In this latest framework, the Core ML channelizes machine learning to do the thinking for them and hence, the developers won’t have to build the platform-level code from scratch.

This framework employs an advanced machine learning which identifies different elements in an image enabling image recognition within an application just using few lines of code. This, in turn, would help in tracking users’ faces. Moreover, it is compatible with different machine learning models such as neural network, generalized linear models, support vector machines, and tree ensembles.

Along with this new iOS, Apple has released a new framework named ARKitwhich has the ability to completely transform the app experiences. And when it comes to developing AR-based apps, this new AR platform makes it quite easy for the developers to develop such apps. In order to get these AR-based apps to the users, developers have to make use of smartphones and hence they need to be familiar with the cutting-edge technologies so that they can focus on learning how to develop apps with ARKit.

Developers can explore the Interface domain

Apple has introduced a whole new Sirikit. Prior to this, it enabled third-party app developers to integrate their products with Siri but this new version will include a number of domains, payments, ride booking, and QR codes.

Yes, interacting with technology is not spanking new but Apple has been making consistent improvement in this area where for the very first time transactional features are being offered through voice control. As the demand for real-time communications has been increasing among the users, app developers should focus more on supporting Sirikit.

For all the developers who want to acquire expertise in getting the most out of the iOS 11’s new features has to fully engross themselves in the coding process. Developers would get to learn a great deal if they experience and focus on all the steps involved in the development process of apps — be it planning, designing, coding and lastly, publishing the final product.

Moreover, when it comes to programming, it is that field of development which gets to see changes and that too at lightning speed and given the current pace at which new OS’s and development tools are being released it can be said that developers indeed have wide scope to add to their knowledge base and potential of iOS app development.

My initial thoughts on using Flutter and Dart for App development

How to Use vMix with Ant Media Server? – Easy Guide

Vrinsoft PTY LTD
Vrinsoft one of the leading IT solution provider in Melbourne Australia for web and mobile application development.
The Good and the Bad: What iOS 11 has in store for you?
#ios11update #ios11disadvantage #io11features #ios11