The much-awaited iOS 11 is finally here. After going through so many rumours, and leaks speculations, iOS users will be getting a plenty of compelling features with this updated version. Well, the speculations surrounding the OS are still not over, it is being said that the new iOS might confound even the long-time users but will make both the iPhone and iPad easy-to-use and more productive. Let’s look at the features of iOS 11 some of which are super interesting and some of which we could have lived without. 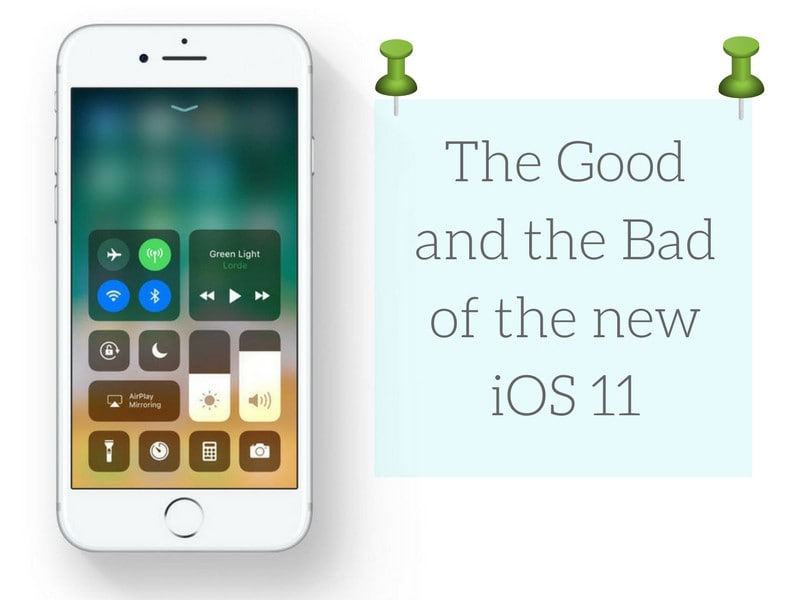 The new iOS 11 includes an interesting feature of customized emoji which uses facial tracking and your voice to create emojis matching your facial expressions. The TrueDepth camera captures and analyzes more than 50 different muscle movements of your face and lets you create the same expressions as yours in any of 12 different Animoji.

iOS 11 will make the payment transaction easier and convenient as the user will be able to send and receive payments within their iMessage.

With the launch of iPhone X, iPhone 8, people are obviously going to buy it. And, for the new iPhone users, it might be quite complicated to set up these new devices. But iOS 11 will make the set up of your new iPhone X, iPhone 8 super easy with its new Automatic Setup option which lets you transfer your data given that both the devices are running iOS 11.

Using iOS 11, users can click better pictures with the upgraded Camera as well as use many new professional-quality filters to make the pictures more dramatic. Users can edit the live pictures to make them more expressive including long exposure, looping, and rewind. One can even send live pictures in the MP4 format (by MMS) to Android users. iOS 11 also includes a new compression technique that retains the picture quality even at half the size.

One of the major updates Apple made in their iOS 11 is revamping Siri. Siri is now smarter and friendlier and will sound more natural. It can now translate what you say in a number of different languages.

The addition of ARKit in the new iOS 11 is indeed the most interesting feature which enables users to experience AR on iDevices by making use of sensors, cameras, and other hardware.

Do Not Disturb while Driving:

With the key purpose of preventing accidents,the new do not disturb while driving feature of iOS 11 would block the incoming calls, texts, and notifications while a user is driving.

iOS 11 allows users to customise the shortcuts so that they can have quick access to the features and tools they often use. In comparison to the iOS 10 version, this update will feature all the options in a single screen.

With iOS 11 a new set of features has been added to the iPad including a new “dock”, new “Files”, new “app switcher”, easy multitasking by drag and drop, an upgraded Apple Pencil for Instant Markup, notes and drawing.

With iOS 11, users will be able to back up their messages to iCloud given that they update to iOS 11. In addition, iOS also help make space for new messages through auto conversion management which deletes old conversations (1 year or longer) and recommends to delete old conversations.

iOS users have generally faced the issue of insufficient storage whereas in iOS 11 this issue has been resolved as it includes a new way of storing photos and videos with half the storage space. This means that when you will upgrade to iOS 11 your new pictures and videos will take up less storage space.

Apple music in iOS 11 will make the streaming service more functional where users can explore new songs and playlists and even their friend’s playlists. They can even share their playlists with the public.

iOS 11 will be introducing a new finder app– “Files” a sort of central hub for all your files (on iDevice or iCloud) where you can find, open, delete and organize your files. Moreover, it also supports all the latest multitasking features such as drag-n-drop on iOS 11.

iOS 11 will include smarter maps where the 3D map feature will help the users to navigate easily. The users will be able to get information about the turns, speed limits, and guidance warnings.

Where the previous version of iOS required plugging the iDevice into a Mac for screen recording the new iOS 11 will record the screen right from the control center using the feature “screen recorder”.

Passwords are something that is quite difficult to remember. And the iOS 11 brings you a new feature where you would never have to remember any password again. With “Password AutoFill for Apps” you can easily access your passwords through the iOS keyboard and can easily login to the site you want.

Previously, iOS 10 provided the feature to delete built-in apps but in iOS 11 this feature would automatically delete the apps which users seldom use. This will free up more storage on your phone enabling it to run smoothly.

Where the large iPhone model users were having the trouble of typing or tapping with one hand the latest iOS version introduces an easy way to switch between one-handed and two-handed keyboards where users can choose according to their convenience.

iOS 11 includes a new and intelligent low power mode which learns your battery usage patterns and then automatically switches it into the low-power mode when necessary.

iOS 11 — not compatible with older models

Where iOS 10 supported iDevices starting from iPhone 5 and didn’t support the models prior to iPhone 5, the iOS 11 has shelved iPhone 5, 5C and the fourth-gen iPad. This means that iOS 11 is only compatible with devices with 64-bit chipsets.

iOS 11 doesn’t have the feature of app switcher anymore as the 3D touch power-user cannot be used to open the app switcher to get back to the previous app promptly. The user has to double tap the home button and drag to move to previous application.

Vrinsoft one of the leading IT solution provider in Melbourne Australia for web and mobile application development.

Covid-19 Will Change Everything About Open Source

Data Structures & Algorithms Study Guide: Where to go from here?

Trending on DEV
What's the one thing you always need to google?
#discuss
At 42 I landed my first full-job as a junior web developer.
#motivation #career #webdev #codenewbie
I have a Portfolio now 👨‍💻🎉
#showdev #career #gatsby #webdev
What was your win this week?
#discuss #weeklyretro
Hey you, talk about your side-projects!
#career #sideprojects
Day 0: Welcome To My Blog
#webdev #career #beginners #codenewbie
Why you do not like Java?
#discuss
How do you cover for domain name costs in FOSS projects?
#opensource #discuss #webdev