This was originally published on my blog, where I write about my experiences trying to become a better human and developer.

I've never really been a huge fan of the idea of a 9-5 office job. I love the flexibility of being able to spend time with my family and coordinate my work around it. Rather than the other way around. Growing up, I'm thankful to have had a mother who could be at home with me after school. My Dad had to work really hard to enable that, which I'm also thankful for. He would come home a little bit before dinner and then go to bed shortly after, only to get up to make us breakfast, then go to work again. He was (and still is) a very hard worker.

Recently I experienced a shake up in my career and have found myself no longer able to be a part of something that I'd spent years dedicating myself to working on. Now I'm at a bit of a crossroads. I've been thinking about what has enabled me to be able to have a flexible work life, and to virtually be able to work from anywhere. It is technology and the internet.

This year, the lives of tens of millions of people have changed. Millions of people no longer have jobs. Millions of other people don't like their jobs. Many of us are in debt or have towering financial obligations that give little choice other than to slug it out for another day.

In some countries, a meager hourly wage of a few dollars/euros (or foreign currency equivalent) is all one may be able to count on to help pay a month's bills. It's not a new struggle and it has been going on for many years.

But with the internet, we're now more connected than ever.

What if it was easy for a person in San Diego to make some money proofreading for someone in Singapore? And then switch gears to do it for someone else in Sumatra?

What if a person in Brazil could teach people Portuguese in Great Britain, Brooklyn, New York and Bali?

A graphic designer in Sudan doing work for a client in Suriname.

A stay at home mom in Kentucky getting paid by a research company to let them know the prices of things the next time she goes to the store.

There are too many stories. These things are possible but it should be easier for people to do.

Yet, the world is getting more difficult by the day, to survive in.

9-5 jobs aren't going to even be a choice for a lot of people anymore. There are people this year who have spent years working for companies under the promise of what the future was going to deliver them, who are now unemployed.

I've been thinking about what if there was a place that could connect people with many different gigs and opportunities that would make it easier for them to piece together an alternative lifestyle. A platform that makes it easier to be an individual focusing on your own craft and interests.

We're up against a broken system that forces people to live for the future instead of the present, chased by debt from the past, or no local economy to provide healthy wages for lives to thrive.

I'm not sure how far I'll get past the prototype of this, but it's on my mind. I'm going to explore and see what might be possible. I don't want to over promise and under deliver and I'm not sure this is the kind of thing that can be done by just one person. 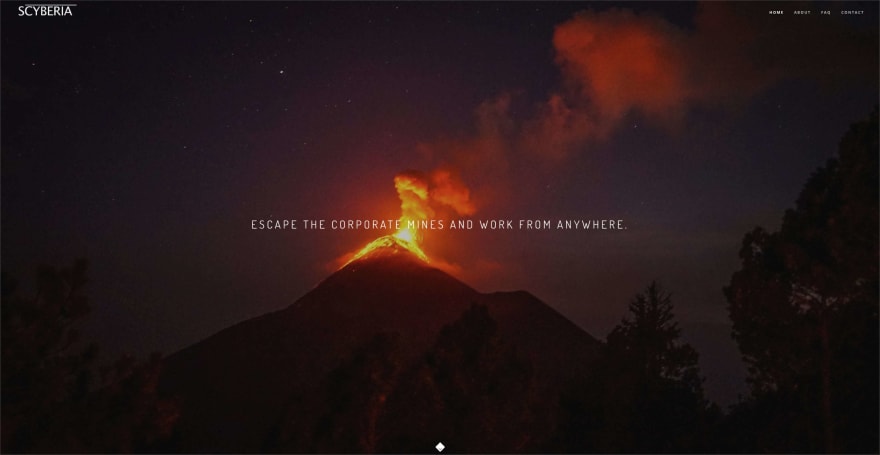 But I'm going to try.

My learning method💡: what worked for me. ✍📖