Our newest interviewee, Griet Van Loo is a software developer who’s trying to combine her work with running a household, a social life and keeping her cats alive.

She keeps herself busy with putting things on her bucket list and trying to complete them, sadly not always at the same rate. She’ll jump into the mosh pit at Graspop in a pretty dress and heels or bake cookies to munch on while watching Guardians of the galaxy.

Hi, I’m Griet, I live in a little town South of Antwerp, with my boyfriend and our two cats. I grew up around Brussels and moved to Antwerp at 19. I’ve done some different jobs since then, mostly in administration and sales.

About 6 years ago I made a drastic change in moving to IT. I enrolled myself in a software development course at VDAB, did an internship at AllPhi and have been working there ever since.

What is your job and what does a typical workday look like for you?

I work as a consultant in software development, with a specialisation in .NET. I’ve been with my current project for close to 3 years. It’s an insurance company, so it’s an interesting environment, and the technology ranges from very old applications in VB6 to the latest .NET Core and Angular.

I do a mix of development and IT-support, so the day generally starts with checking emails and our Teams channel for any urgent issues. Barring that, I pick up a task or bug from our board and start on that. Around 10, we have a short standup meeting. After that, it’s either working on a development task, doing some maintenance on the systems or answering calls/emails for support.

Most days are 9-to-5, but sometimes it runs late or into the weekend when there’s a deadline for a release or for things that can’t be done during business hours. With COVID-19, we moved to work-from-home, but before that we mostly used to work from the office.

What is the favourite part about your job?

That’s actually really hard to say. Getting to see the things you build in action is a nice one, like actual people using the applications you created and knowing you made their work a little easier. I also love those moments where something just clicks, when you’re stuck on a problem for days and then stumble on the solution when brushing your teeth.

Finally, I always needed some variety, so getting to work in different environments and with people from all walks of life is a big plus for me as a consultant.

How about when you’re not working? Any hobbies or interests you’d like to tell us about?

We’ve spent the last year remodelling and decorating our apartment, so there’s that. Aside from that, I have a pretty diverse, bit geeky, but mostly mundane taste: board games, cooking, hanging out with friends, going to concerts, … I’ve also always liked dancing, lately I’ve been thinking about picking (back) up on burlesque or belly dancing. 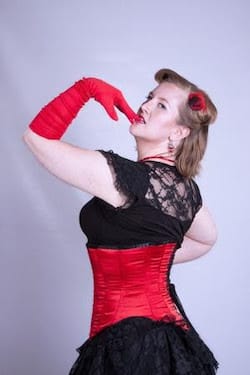 What or who got you initially interested in coding and / or pursuing a career in tech?

There is a home-video of me from when I was about 5, where I’m mostly explaining how the recorder works, rather than singing a song like my dad asked, so I guess some sort of genetic predisposition? 😊

The thing that really triggered my interest, was a project I was part off, where we had to implement SAP. This was during my time as a customer support, about 15 years ago. It did however take me another 4-5 years to actually take the leap. 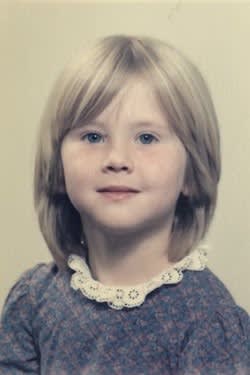 If you look back on when you first started out. What advice would you give yourself?

Don’t let yourself be held back by not having the typical background or traditional education for something.

What are some of the most difficult challenges you had to face since moving into IT?

Getting into IT later in life did put me at a disadvantage in that I am a junior in terms of technical skills, but a senior in work experience and analytical skills, so getting people to listen to that can be hard sometimes.

For example, there was this project I was a part off, where I made a suggestion at the start of the project. My suggestion was dismissed by a senior and almost a year later, the same guy took credit for doing exactly what I said.

We also have this kind of coach at work, who is supposed to help you figure out your journey and help with any technical issues. He does seem like a nice guy and has a lot of technical skills, but I have almost equally as much work experience as him and he looked so disappointed when I told him exactly where I see myself in a few years…

Are there any particular women in tech who have inspired you?

Mostly the women I encounter every day, at work, events, on Twitter, … the ones just doing their thing and being passionate about tech. I do like Chloe Condon , she comes from a non-traditional background as well, and proves that you can work in tech and still be “girly”.

Kind of cheesy, but my mom, who has been handling the customer loyalty program for Colruyt for 40 years, while successfully raising 3 kids, is also a bit of a role model.

I haven’t really discovered the allure of podcasts. I’m subscribed to some newsletters like the one from Stack Overflow and DotNetCurry, but I mostly follow our AllPhi Yammer for stuff colleagues are sharing and my Twitter following list contains quite some tech related accounts.

What made you join the women.code(be) meetups?

I’ve always had more of a connection with men, because of my techy/geeky interests. So at first, it was just about getting to know other women who code. We are a small (but thankfully growing) community and having at least one shared interest seemed like a good start to make some new friends. In the longer term, I hope that as a community, we can do some good and make some changes for women in tech in general.

Why do you think it was easier to connect with men than women over geeky/techy interests?

I guess I just didn’t meet that many women in my generation that were into it, at least not on the same level I was. For example, I used to co-host lan-parties 20 years ago and the very few girls there were either “girlfriends of”, i.e. just hanging around wishing for it to be over, or really hardcore gamers, whose whole identity seemed to be based on it.

By the time I turned 30, most women around me were getting married and having kids. Even the ones who enjoyed the occasional geeky movie before, seemed to have trade it in happily for Sesame Street…

I do think it has gotten easier for younger women, but even so, the bathroom line for men at FACTS is still longer than the one for women.

How can we make it easier for women to connect over shared interests?

I think you’re doing a good job in organising events where women can connect without having to defend their interests or opinions to men. This is sometimes noticed this happening at mixed events. It’s like we have to work extra hard to prove we have the right to be there. It could be nice to have some more social/activity based events though, post COVID-19 of course.

Is there a (board) game that you’d recommend to other devs? Something that works well for the coder mindset?

I can highly recommend Concept, a fun twist on Pictionary. Instead of drawing things, you use icons and tokens to hint at what the answer is. It really forces you to think abstractly and out of the box for some of the harder concepts. We once spent half an hour trying to find “mayonnaise”.

How could the tech industry be more inclusive for women and minorities?

I think two issues are the core of most problems;
The outdated view on gender and gender-roles and the focus on being at your desk 5 days a week, 8 hours in a row for 40 to 50 years of your life.

How would you tackle the issues that you mentioned?

I think the outreach programs like WeGoSTEM, CoderDojo4Divas, …, are a good first step to get more girls interested in the industry. After that, being good role models and mentors is a job for all women already in it. That’s what I like about initiatives like women.code(be).

On the other hand, I feel some of the women in tech events, especially the speakers, are still too focused on the managerial types and not the women who are doing the actual tech work.

The ongoing pandemic opened up some eyes on the need for flexibility in the workplace. I just hope the effect will be a lasting one. Flexible hours, flexible work-from-home policies and a better sense of “essential jobs” can only help people find a better match for what they actually like doing and a better work-life balance.

That’s why I’m also an advocate for some form of universal basic income, so that people don’t HAVE to work to have their basic needs covered, making it easier to try different things, take up an extra course, stay home with the kids if they want to, …

Have you ever dealt with a bad experience in the past and would you handle this different now, retrospectively?

(such as discrimination over gender, sexist jokes,…)

I have been VERY lucky not to have experienced, or at least noticed, any discrimination myself. Most of the time I can come up with a pointed answer to the boys will be boys kind of jokes or remarks. There was one day though, where I had to sit through lunch with some colleagues defending Jeff Hoeyberghs. This was after Jeff’s talk at the UGent and I just wasn’t able to talk to my colleagues for weeks.

In retrospect, I wish I had taken this up with my manager. But, I guess that’s the difficult thing as a consultant sometimes, where you don’t wanna rock the client’s boat.

One last question. You were part of the Punt. VZW organisation, would you mind telling a bit more about that?

PUNT. vzw is a non-profit, creating awareness around sexual harassment and sexual abuse/violence. They do this through monthly meetings and workshops for victims, as well as educating the public and putting political pressure to change the system. I worked on communication (the website, social media, press releases, …), fundraising, IT and logistics for events.

I think it is an important cause, since 1 in 5 women experience some form of sexual assault in their lifetime and almost all of us experience sexual harassment at one point.

We hope you enjoyed Griet’s interview, feel free to share this article with your network. ❤️

Crack The Coding Interview With Me: Binary Search

Crack The Coding Interview With Me

What I learned from failing my technical interviews