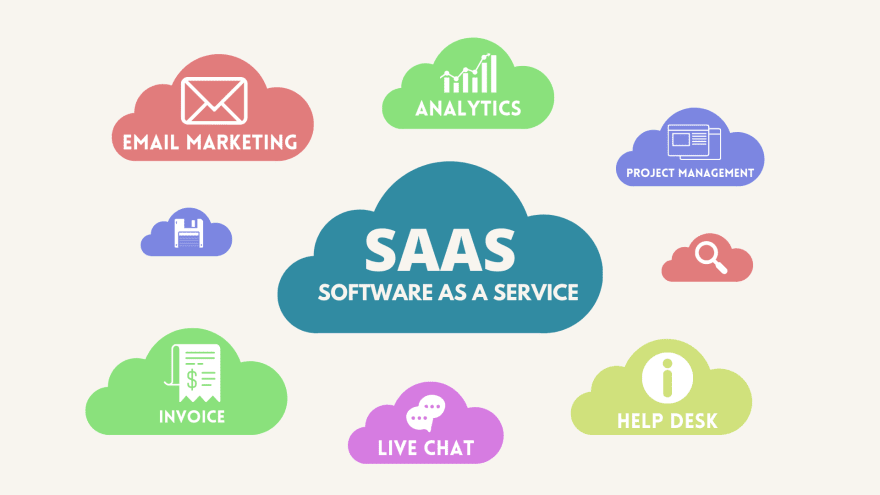 Software-as-a-service (SaaS) is becoming one of the most viable options for organizations in search of accessibility, functionality, and versatility in a competitive business environment.
SaaS makes it possible for companies to run SaaS software solutions and online data analysis without the need to install and run applications on their own computer systems and data centres. As such, these innovations are getting popular every year.
SaaS is a software distribution model that offers a lot of agility and cost-effectiveness for companies, making it an incredibly reliable option for numerous business models and industries. It’s also popular among businesses due to its simplicity, user accessibility, security, and widespread connectivity. In turn, software-as-a-service platforms streamline business models, resulting in maximum efficiency across the board. Today, most companies are in the process of implementing various business intelligence strategies, turning to SaaS BI tools to assist them in their efforts.

The top 7 SaaS Companies which are making successful growth in 2021.

• Airtable founded in 2012.
• Raised $3 million from Caffeinated Capital, Freestyle Capital, Data Collective, Crunch Fund in Feb 2015.
• Airtable launches its API and embedded databases in April 2015.
• Raised $7.6 million funding from Charles River Ventures and Ashton Kutcher in May 2015.
• Introduced Airtable Forms to collect and organize data in July 2015.
• Airtable made the "Add to Slack" option available to integrate Airtable with Slack in August 2015.
• Airtable redesigned its IOS app in December 2015.
• Airtable introduced barcode as a new field type in December 2015.
• Raised $52 million in Series B funding; announced the launch of Airtable Blocks in March 2018.
• Raised $100 million in Series C funding in November 2018.
• Raised $185 million in Series D funding in September 2020.
Airtable is an efficient platform for collaboration, combining the flexibility of the spreadsheet interface with features like the Kanban card stacks, file attachments, reporting, and calendars which makes working with Airtable efficient. The database management solution is designed for organizations, teams, and businesses of all sizes. It also serves as a mobile-friendly and flexible database management solution. The software is compatible with many devices. On desktop computers, users can see the data in the form of a spreadsheet.
The features of Airtable are email integration, customized fields, application integration, forms management, communication management, third party integration, data synchronization, calendar management, and automatic notifications. Some other Airtable integrations offered by the vendor are Google Drive, Basecamp, Eventbrite, Workato, Google Calendar, Facebook, Gmail, Zapier, Trello, GitHub.
The benefits of Airtable are that it has a user-friendly collaboration space and is customizable and is simple to use. The target audience for Airtable is every individual, SMBs, startups, and the big organizations which are looking for a robust application in replacing spreadsheets.

Canva’s CEO Melanie Perkins is amongst the Top 11 SaaS Entrepreneurs in Australia.
Canva is a graphic design platform that can be used for social media posts, presentations, posters, documents and many more visual contents. The application has pre-made templates which can be used as a reference for the main project. The platform is free to use and has paid subscription plans which have additional perks.
• On 1 January 2012 Canva was founded in Sydney, Australia, by Melanie Perkins, Cliff Obrecht and Cameron Adams. Canva had more than 750,000 users in its first year.
• In April 2014, social media and technology expert Guy Kawasaki joined the company as a brand promoter.
• In 2015, Canva for Work was launched, focusing on marketing materials.
• During 2016-17’s financial year, Canva's net revenue increased from A$6.8 million to A$23.5 million and they even went through a loss of A$3.3 million.
• In 2017, the company achieved profits and even had 294,000 paying customers.
• In January 2018, Perkins announced that the company had raised A$40 million from companies likes Sequoia Capital, Blackbird Ventures, and Felicis Ventures, and the company was valued at A$1 billion.
• In 2018, the company acquired presentations startup Zeetings for a small-time where the amount of time was undisclosed, as part of its expansion into the presentations space.
• In May 2019, Canva experienced a security breach in which data of almost 139 million users were hacked and the exposed data included real names of users, usernames, addresses and geographical information. Canva's handling of the breach from a technical perspective was largely commended, but it faced criticism for an initial email to customers.
• In May 2019, the company acquired Pixabay and Pexels, two free stock photography sites based in Germany, which enabled Canva users to access their photos for designs.
• During May 2019, the company raised another round of funding of A$70 million from General Catalyst and Bond and its existing investors Blackbird Ventures and Felicis Ventures raising the value of the brand at A$2.5 billion.
• In October 2019, Canva raised an additional A$85 million at a valuation of A$3.2 billion, and launched an enterprise product.
• In December 2019, Canva announced Canva for Education, a free product for schools and other educational institutions which intended collaboration between students and teachers.
• In June 2020, Canva announced a partnership with FedEx Office. As of June 2020, Canva's value has risen to A$6 billion.
• In February 2021, Canva had the acquisition of Austrian startup Kaleido.ai and the Czech-based Smartmockups.

• Chartio is a cloud-based business intelligence solution that provides founders, business teams, data analysts and product teams in an organization tools to manage day-to-day business operations
• Their mission is to make data accessible for everyone.
• They believe that democratized data empowers product teams of all sizes and capabilities.
• Chartio's tools provide users functionalities for data exploration, enabling them to represent this data in form of charts. It also provides a central dashboard that displays specific information to the users.
• Chartio provides users connections from Amazon Redshift to CSV files helping them explore data. The Data Pipeline tool lets users blend, layer and transform multiple datasets in a series of steps. Users can also share dashboards via scheduled emails or reports and view historical data and track corporate metrics with the help of the solution's Snapshot feature. The data is SSL-encrypted that is transferred via a reverse SSH tunnel providing control over the connection and data to the users.
• Chartio is soon going to be acquired by Atlassian and will bring their technology to the audiences there.

• Dave (sometimes known as Dave.com) is digital banking service.
• The service emphasizes no overdraft fees and provides loans to individuals' accounts at their banks for overdraft protection. The company uses an algorithm to predict the user’s ability to repay loans based on their checking account and income history.
• The algorithm predicts when a user's expenses may exceed their balance, sending a notification and the option for a loan until the user's next paycheck. It doesn't charge overdraft fees, instead of charging $1 a month to use the app and giving the option to "tip" after getting a loan. Shark Tank star Mark Cuban invested $3 million in the company, saying he was crushed by overdraft fees in his twenties. Lauren Saunders, of the National Consumer Law Center, expressed concern that some users may feel compelled to tip resulting in it is not too different from paying interest.
• The Dave app was the Apple App of the day in April 2017. It has been downloaded 10 million times on iOS and over a million times on Android devices.
• In July 2019, the company was named one of the next billion-dollar startups by Forbes.
• In October 2019, Dave received a valuation of US$1 billion, and has over 4 million users.

• Drift is the world's leading conversational marketing and sales platform that helps businesses connect now with the customers who are ready to buy now. With its quickly evolving set of tools and playbooks, Drift is leading businesses through the customer-driven revolution by using conversations to unlock hypergrowth.
• Customers use Drift to provide a modern buying experience for potential customers, generate more qualified leads, and dramatically accelerate the sales cycle.
• After just two years in the market, the company has become one of the fastest-growing SaaS companies of all-time and was named to the Forbes Cloud 100, LinkedIn Top 50 Startups, Entrepreneur's Top Company Cultures, Boston Business Journal's Best Places to Work, and SaaS Company of the Year by the NEVCA.
• Drift didn’t invent conversational marketing, but they coined the term and changed it into the powerful marketing movement that it is today. Without Drift, conversational marketing simply wouldn’t exist.
• Drift’s AI-powered solutions make automated marketing simple, easy to integrate into teams’ stacks, and their chatbot remains one of the best in the business.
• In July 2020 they closed out the best quarter in company history, and this year has made it onto a number of high-profile lists, including Inc’s Best Workplaces, and Gartner’s Top 50 enterprise software companies.
• As the situation was in 2020, it forced more companies to automate their processes, and adopt more conversational tactics with customers.

• Figma is a vector graphics editor and prototyping tool which is primarily web-based, with additional offline features enabled by desktop applications for macOS and Windows.
• The Figma Mirror companion apps for Android and iOS allow viewing Figma prototypes on mobile devices. The feature set of Figma focuses on use in user interface and user experience design, with an emphasis on real-time collaboration.
• Dylan Field and Evan Wallace began working on Figma in 2012. Figma’s concept was one of the software amongst many which Field and Wallace brainstormed in 2011 while they were students at Brown University.
• Wallace graduated from Brown and Field dropped out to accept a Thiel Fellowship, which provided $100,000 to pursue a startup idea in 2012. They both later moved to San Francisco to work on Figma full-time.
• On December 3, 2015, Figma started offering a free invite-only preview program. It saw its first public release on September 27, 2016.
• On October 22, 2019, Figma launched their own community named Figma Community where designers were to publish their work for others to view and adapt.
• In June 2013, Figma raised $3.8 million in seed funding. In December 2015, the company raised $14 million in Series A funding. In February 2018, Figma raised $25 million in a Series B round. In February 2019, Figma raised $40 million in Series C funding. In April 2020, Figma raised $50 million in a Series D funding round.
• As of April 2020, Figma was valued at more than $2 billion.
• CEO Dylan Field stated that 2020 had been an ‘acceleration period’ for the brand, with Figma being used for everything from wireframing for new digital products, to virtual whiteboarding, to making skins for video games.

• FullStory is a new kind of platform, designed to help companies answer any question they might have about their digital experience.
• Fullstory being built on a powerful analytics engine, it connects digital interactions to the metrics that matter most to businesses.
• It proactively surfaces top opportunities for optimization, allows the team to understand issues, prioritize fixes, remediate bugs, and measure the impact of changes.
• With FullStory, product, engineering, and UX teams can align around their customer, break down internal information silos, and achieve company objectives together—faster.
• Recently FullStory is raising a $10 million funding round, it has got big things on the horizon. Founded by former Google engineers, no one knows customer retention like FullStory, and they fully expect to see great things from in 2021.

I created my first NPM package