DEV Community is a community of 557,778 amazing developers

Replies for: A lot of people complain about C and C++ being inherently "unsafe", but they forget all too often that their own favorite languages have gotchas to...

I'm not sure that was the assertion - heck I'm writing Rust, you'd better believe there will be some deeply flawed code out there. The benefit of Rust specifically here is that it tags code sections known to be problematic, so you can punt some of that static analysis work currently necessary in a C++ codebase to the basic compiler, and then know where to focus your human-review efforts. To me this allows you to re-focus people time on jobs for people, and better leverage computer time for jobs computers couldn't previously do. While this won't prevent bad code, to me it does seem like it would isolate it somewhat. Wouldn't this property lead to a generally more focused development workflow over time?

Yeah, probably. That said, LLVM Clang has many of that same sort of static analysis baked into the compiler, if you just turn the flags on for it. (-Wall -Wextra -Werror).

It's also pretty trivial to hook cppcheck into your automatic workflow and/or IDE to handle all the stuff the compiler doesn't complain about.

TIL, thanks! I don't know that I've ever compiled C++ without that set of flags, I'm a little scared to.

Just in case I wasn't clear, cppcheck is an external static analyser, but it's quite a good one!

Yeah, I never work without -Wall -Wextra -Werror. I ususally throw -Wpedantic in there too, for good measure.

Other languages have their own issues, but quite a few have evolved to say "hey, maybe we should try to stop the programmer from doing anything stupid at least without clearly acknowledging that they know it's probably stupid".

There is no such thing as a perfect language out there, I like writing Go a fair bit, but I still need external tools to check that I'm not ignoring errors and other things regularly. I think most of them should just be a part of the compiler. But hey, at least there's no #include and other such massively outdated bad concepts from C/C++ to worry about.

Elm's Maybe and case are amazingly helpful tools to avoid bugs where you, a human being, just forgot something, and a typical static analyzer sees nothing obviously wrong with the code. Elm forces you to at least clearly acknowledge that in this bit, you're ignoring some potential states. Zig has a similar concept to Maybe with their optional types.

Overall we should be using languages that are better designed, that come with "batteries included" in terms of the tools that try to ensure that you're writing good quality code, that try to help you avoid significant mistakes, that help your code review to focus on those bits where it's likely that you'll have critical errors in, and so on.

Another small point on this:

Of course, any serious C or C++ development team ...

Maybe that team just got started and they don't know of these tools, and maybe their project gets published and included in another project that just sees lots of GitHub stars and doesn't have the time to verify every line of code themselves. Maybe they just have one new team member, and their CI system had a bad day and just let all the bad code pass without any complaint.

On a small tangent - Python is one of my most favorite things to write in nowadays. It's the best performance enhancing drug a programmer can have in my view, as most things you need to accomplish are significantly easier to accomplish in it.

Unfortunately while Python has a lot of great things going for it, there's still a lot where it's failing. One such things is that I need to depend on a large number of external tools to make it possible for me to write good code.

I need poetry or pipenv to manage my dependencies, I need black to format my code properly, I need bandit to tell me about common security issues, I need pytest to help me write decent unit tests, and so on.

It'd be nice to see these also become a part of the official Python, but in case of Python, I'm quite hopeful vs. C/C++, as there's a long and clear history of pretty significant improvements having been made in the language without excessive fear about breaking things: python.org/dev/peps/ 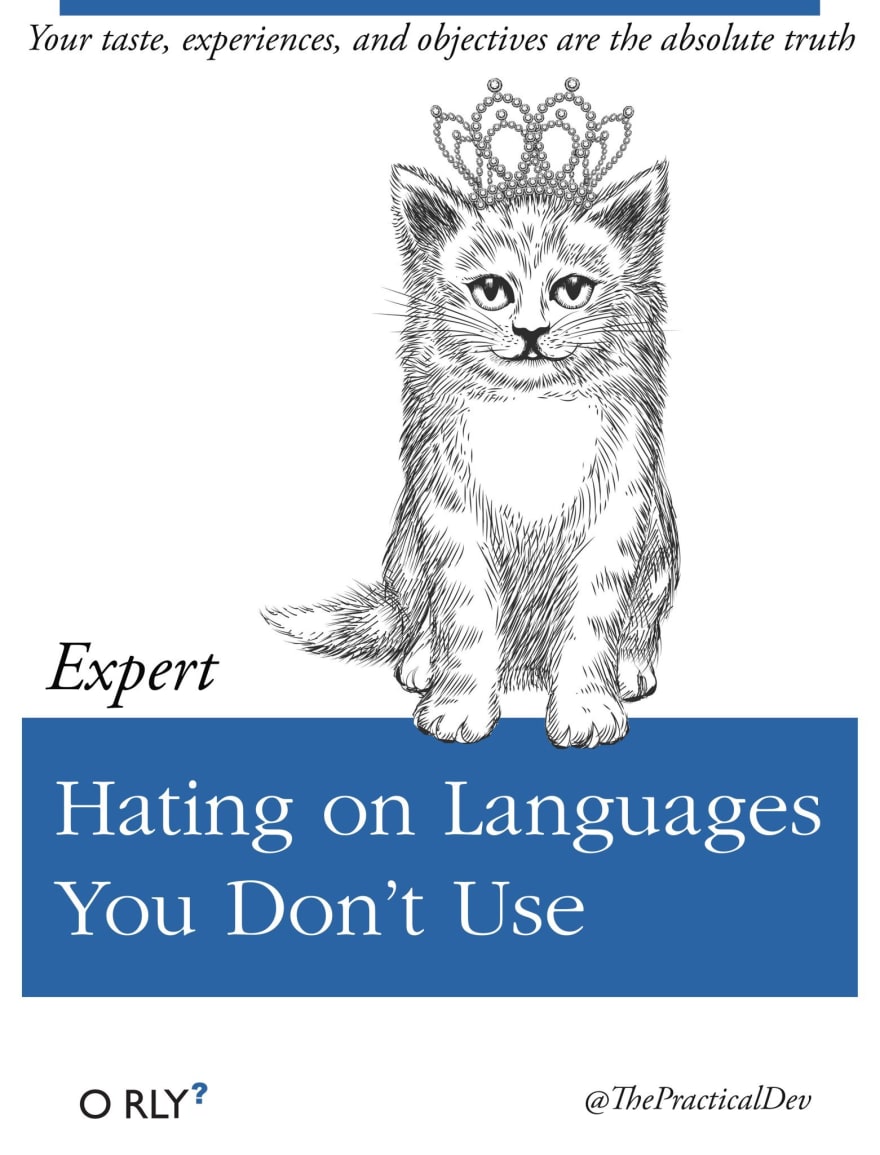