As I wrote in my previous article, Algorithmic Trading: algorithms to beat the market, if you are into writing code to buy and sell stocks, options, forex or whatnot, it's very important to consider backtesting your code.

Backtesting a trading algorithm means to run the algorithm against historical data and study its performance.

Backtesting is the general method for seeing how well a strategy or model would have done ex-post. Backtesting assesses the viability of a trading strategy by discovering how it would play out using historical data. If backtesting works, traders and analysts may have the confidence to employ it going forward.

As an example, I’m going to share some lines of code on how to download minute data from 2016.

Next, we’ll do a simple custom backtest script.

I like to create a file just to save this information.

So create a file alpaca_conf_paper.py to save our Alpaca API Keys for the paper account.

In your console, run:

Let’s say we want data for a day, grouped by minutes. We can do this with a very simple script. I tried to make it very explicit.

Create a file named download_data.py and paste this code:

If you run the code as-is, running python3 download_data.py will download OHLC minute data for AAPL for all 252 trading days of 2016 to your ../historical-market-data/ directory, in CSV format.

It looks like this in my WSL (Linux) console:

To backtest an algorithm we first need to have an algorithm. Since we don’t have one yet we just going to assume a “buy and hold” strategy.

Let’s start by seeing how well a buy & hold strategy looked for AAPL in 2016: buying the first day of the year and selling the last day.

Below is a script that does just that.

If you want to run it, create a file named backtest_buy_and_hold.py with this content:

If we run the script, we get: 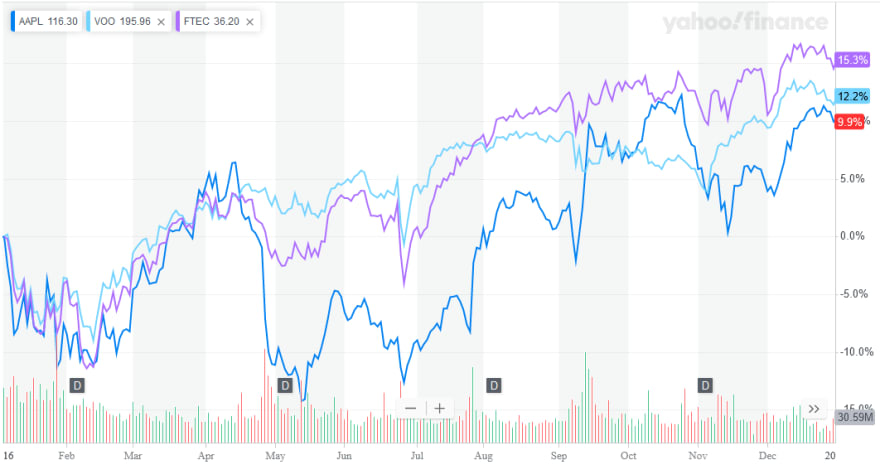 So, great! We did our first backtesting script for a trivial strategy.

As mentioned in my previous article, there are many strategies:

In my next article I’ll post some code that uses all we’ve built here, and extend the backtesting script to test a simple scalping algorithm.