In my previous post, I tried to introduce you to my journey: making a game (I forgot to mention that I want to make (more or less) the whole game myself, from the engine to the assets). I am now trying to render chunks of blocks and... that was harder than I thought !

I briefly mention the basic things needed when playing with 3D rendering in OpenGL (VAO, VBO, shaders) in my last post. Starting from that, I tried to add some code to display cubes with my engine : 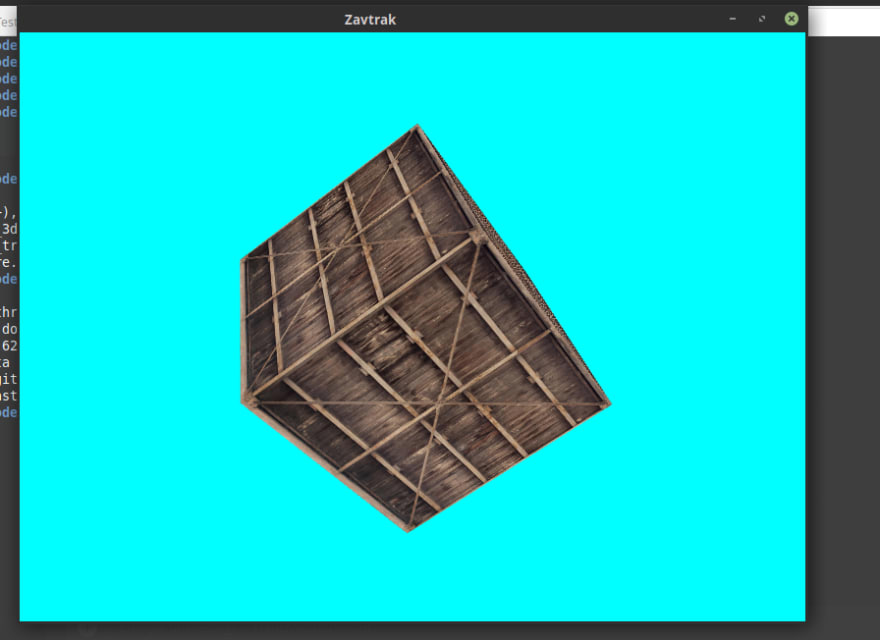 But a few moments later, I realized I was going nowhere using this : having to move one cube after another will take a long time, so I tried with 4096 of them (it represents a single chunk of 16x16x16 blocks, full of blocks) : I got 16.45ms, for 60 FPS approximately.

The first optimization I did was to have a single VAO and VBO when drawing x blocks : I had to merge their vertices into one big vertex array to give it all in one batch to OpenGL, and having a single texture and shader, used once to draw them all (instead of having to tell OpenGL to use the block texture, then the block shader, ... 4096 times in our example) : 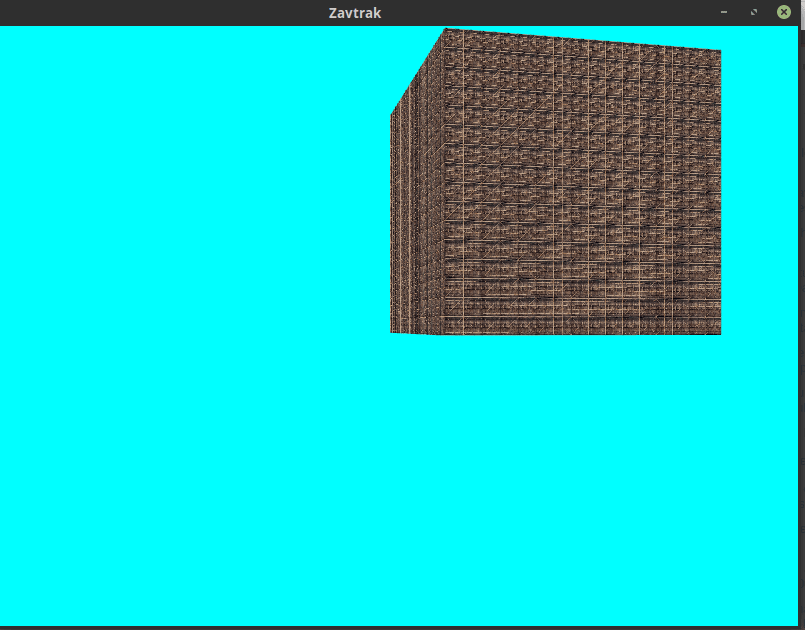 New time per update : 5.7 ms. Awesome ! We are far under the 16.67ms limit ! But we can still improve the performances, because we display the hidden faces, the ones between each block, which are not relevant.

Lets hide all the faces if there is an adjacent block :

I added a "getMeshFace" function, to be able to get the vertices describing a single face of our cube, to simplify the hidding process. Also you have notice that I am using a temp_mesh variable. It is a Mesh object, to manipulate the data more easily :

And you also notice that I added a component "normals", we'll need that later when we'll add some lights (basically, the normals component refers to the normal vector for each mesh).

Time per update : 2.7 ms ! We did it ! As you can see on the cover image, I managed to hide too much faces... This was fixed with the code above hopefully. 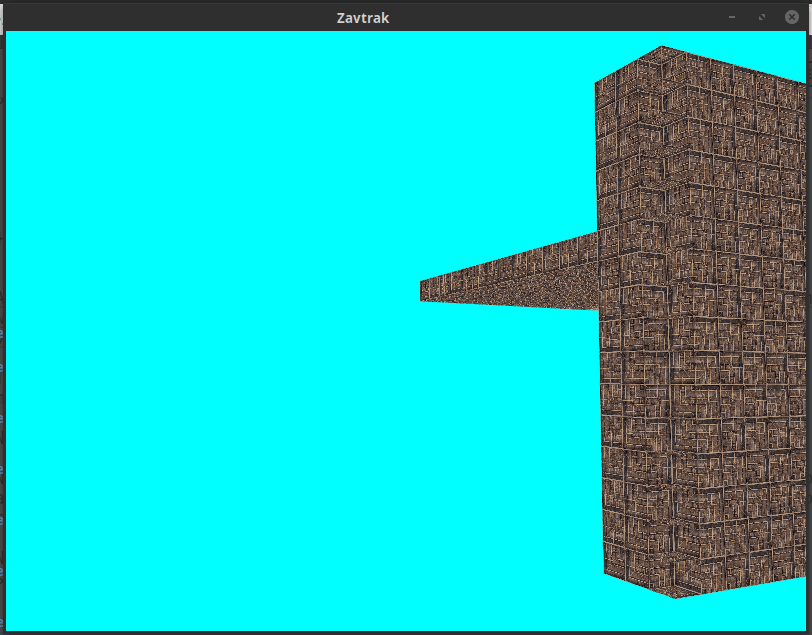 (don't be concerned about the weird textures in some place, it's due to my poor management in the texture coordinates, which I messed up a bit, but it can be fixed pretty easily).

We could look into view frustum culling to display only the cubes seen on screen, but I prefer not to implement that for two reasons :

If you're still interested in learning about view frustum culling, I advise you to read this article (from lighthouse3d).

We could also have implemented triangle face merging (I'll call this TFM) to have even better performances. TFM is an algorithm grouping all triangles on the same plane, to create a single big one, to reduce the number of vertices to send to OpenGL. This algorithm can take a lot of time to run, especially if your chunks aren't flat.

A few lines ago, I wrote that "I added a component "normals", we'll need that later when we'll add some lights", but I didn't use it. We'll see that in the next article :)

PS: if you want to see the sources used for this serie of articles, I created a Gitlab repository for it.

A common pitfall when using sizeof() with pointers

Ways to copy struct in c/c++

Once suspended, superfola will not be able to comment or publish posts until their suspension is removed.

Once unsuspended, superfola will be able to comment and publish posts again.

Once unpublished, all posts by superfola will become hidden and only accessible to themselves.

If superfola is not suspended, they can still re-publish their posts from their dashboard.

Once unpublished, this post will become invisible to the public and only accessible to Alexandre Plateau.

Thanks for keeping DEV Community 👩‍💻👨‍💻 safe. Here is what you can do to flag superfola:

Unflagging superfola will restore default visibility to their posts.