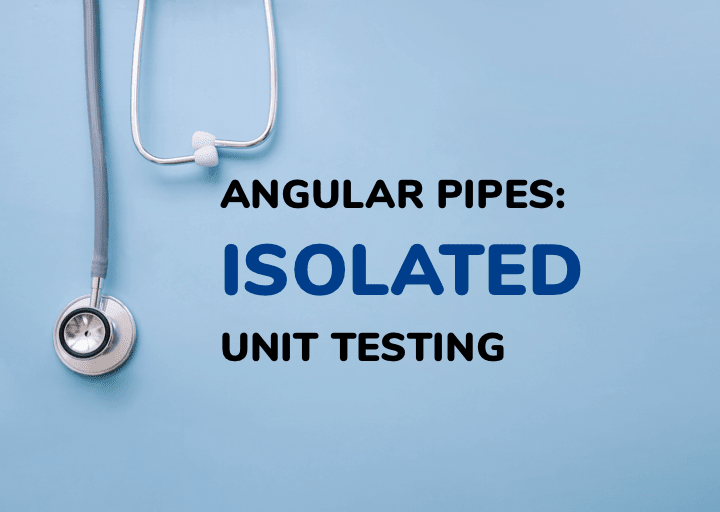 In Angular, pipes allow us to transform data before displaying it. Angular comes with a range of built-in pipes, but sometimes we need to write our own custom pipes. Well, in this case, we also have to write unit tests for them.

A pipe is one of the most simple Angular concepts.It's a class annotated with the @Pipe decorator that implements the PipeTransform interface. Concretely, a pipe class has one method, the transform method:

Because pipes rarely interact with DOM elements, they are very easy to test. Technically, we can test them without using the Angular testing utilities, or TestBed. But it is best to write some Angular tests for pipes because we will want to detect potential runtime bugs when pipes are used in conjunction with Angular components.

Therefore, we should write two types of unit tests:

In this article, we will learn how to write isolated unit tests for our pipes.

In a next blog post, we will see how to test pipes using TestBed aka Angular tests.

We talk about isolated unit testing when we are testing the pipe as a standalone TypeScript class.

The Code for the Pipe (mean.pipe.ts)

To begin, let's write a pipe that transforms an array to its mean. 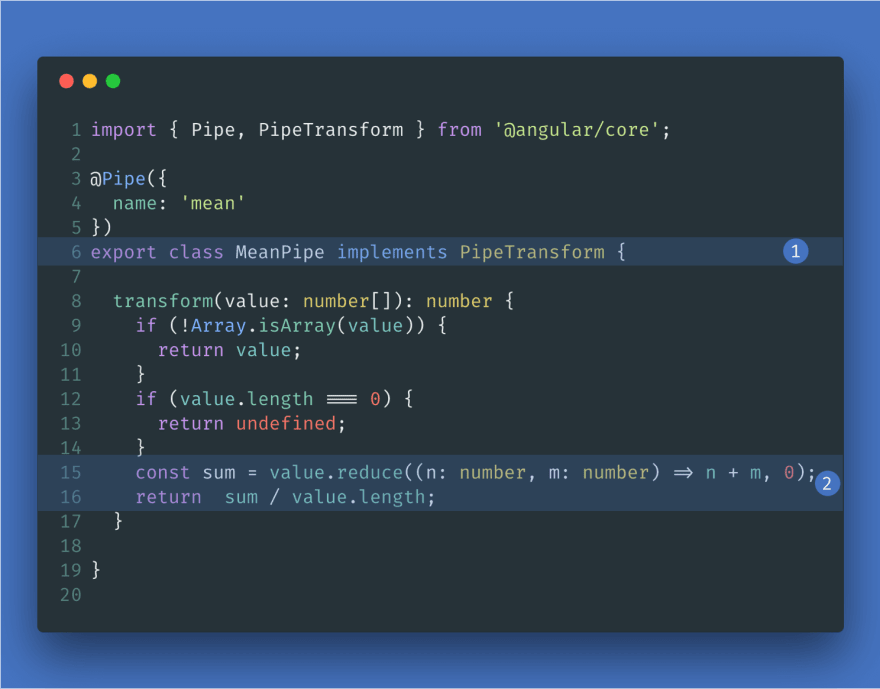 The full source code of this pipe can be found here.

Testing the Pipe in Isolation (mean.pipe.spec.ts) 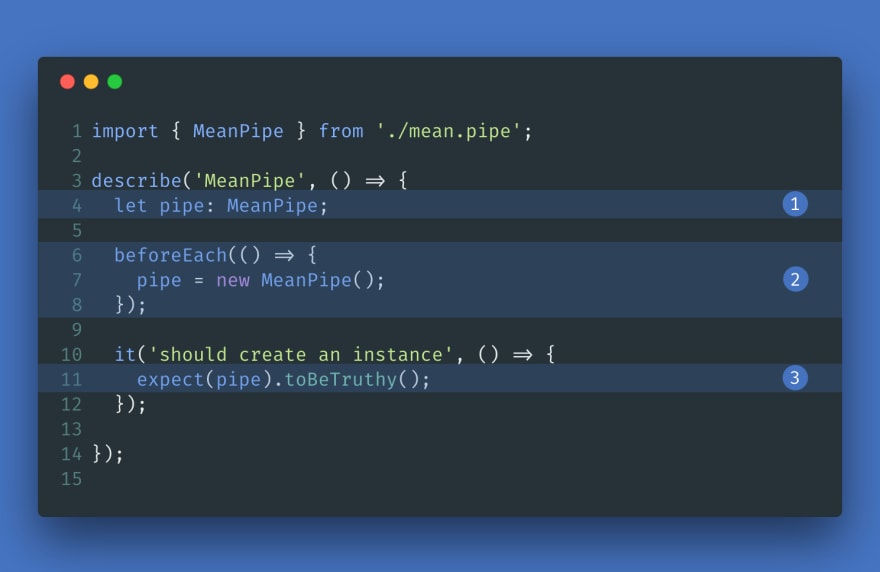 Note that we don't need a BeforeEach block because this pipe's transform method is a pure and stateless function.

Once we know that our pipe can be instantiated properly, we can start to write test suites. 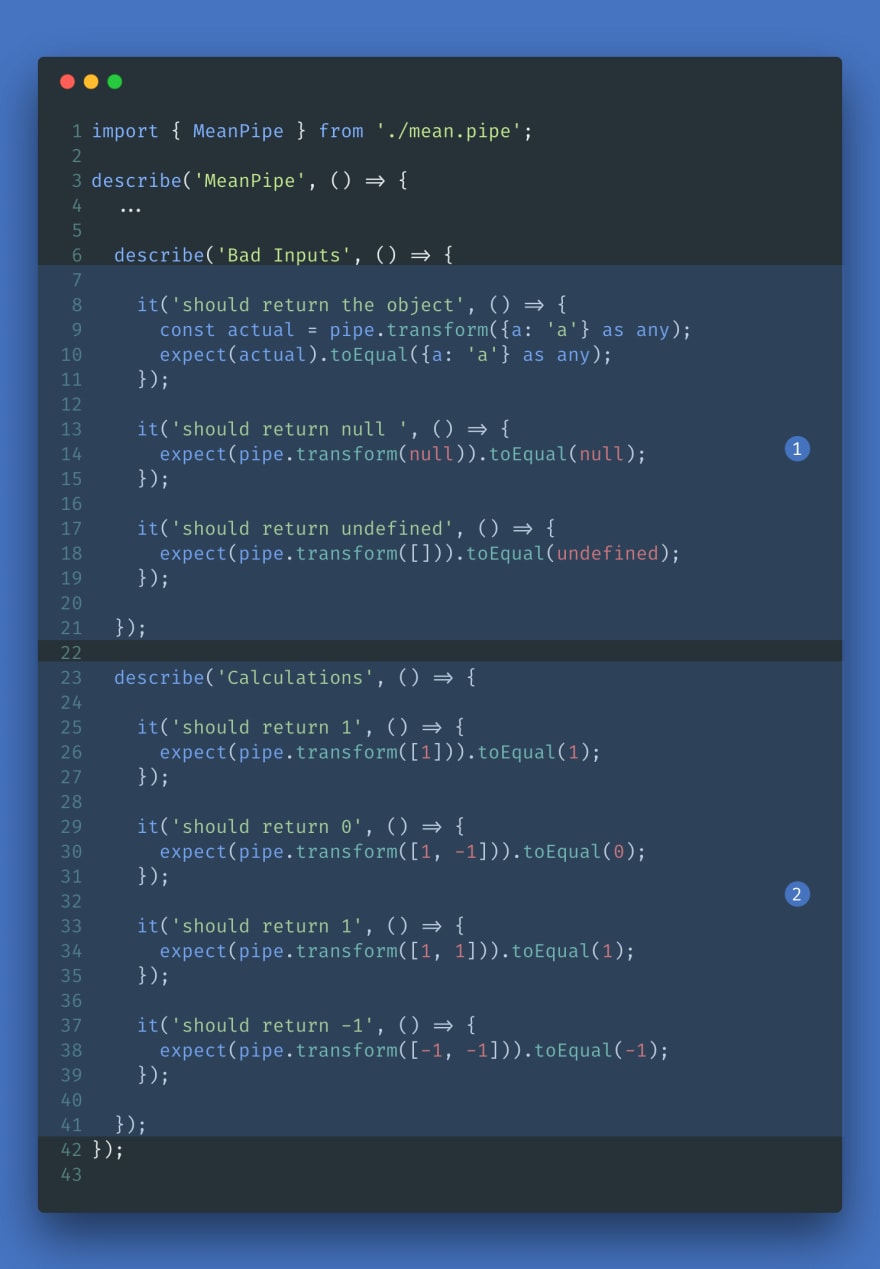 In my next blog post, we will learn how to write integrated tests for our Angular pipes.

Thank you very much for reading!

Adding Dependency Injection to your .NET Console Apps (and tests)

Once suspended, ahasall will not be able to comment or publish posts until their suspension is removed.

Once unsuspended, ahasall will be able to comment and publish posts again.

Once unpublished, all posts by ahasall will become hidden and only accessible to themselves.

If ahasall is not suspended, they can still re-publish their posts from their dashboard.

Once unpublished, this post will become invisible to the public and only accessible to Amadou Sall.

Thanks for keeping DEV Community safe. Here is what you can do to flag ahasall:

Unflagging ahasall will restore default visibility to their posts.