As a society we tend to focus on titles and roles, we tend to forget that behind each title there is a person, a person who has a story to tell and every person’s story is unique.
In honor of International Women's day, we interview inspiring women from the community on the story of how they got into Tech, and where they are today.

In this post, I interview my inspiring friend Natalia Venditto who is based in Barcelona, Spain. 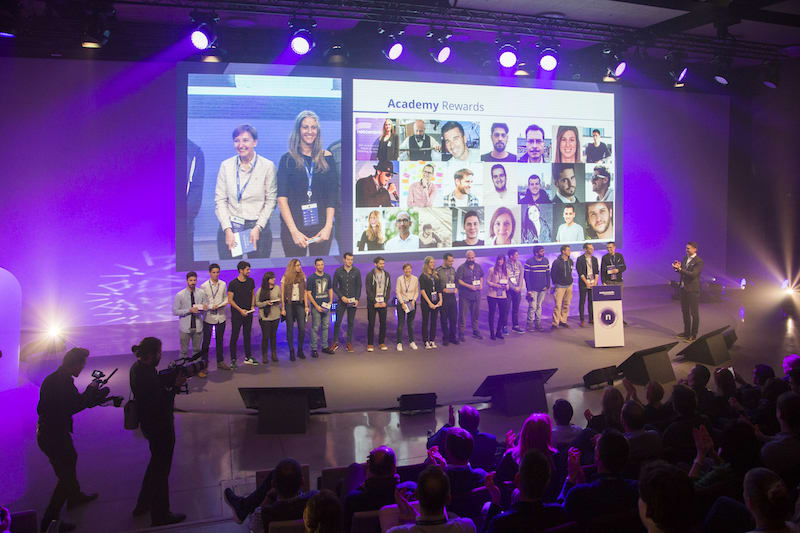 I am Natalia and I come from Uruguay, a very tiny country in South America. For the past 6 years, I have worked as a Frontend Engineer at Netcentric. I started as a Professional Level engineer and, with a lot of effort and hard work, I made it to Tech Lead and Frontend Architect. Before that, I was a freelance developer. But even before, I worked in the design industry for many years. My transition into the developer ranks was all fueled by passion and motivation to grow.
I am a self-taught developer, which means I became better thanks to the community, to Open Source projects and to the time other people have invested in creating content and organizing events for developers to grow and learn.
That's why I am very passionate about the community and very passionate about giving back. I am extremely focused on opening the way for other women to become leaders. Because of that, I organize meetups with netcentric and I am part of the organizing team of WTM IWD in Barcelona. I also speak at conferences and create digital content for other web developers to get better at the trade.

When did you first become interested in technology and what sparked this interest?
I was always interested in technology. I was actually studying to be a (Buildings) Architect when I switched to (graphics) design, then later on, to software.
When I was around 12 years old I sent a handwritten letter to the NASA telling them I wanted to work for them. You have no idea how thrilled I was when they answered me! Unfortunately, when I moved to Europe somehow I lost that letter...

Describe your way towards your first job in tech; how did you land this job?
I was working in a design agency right at the transition from analog to digital. I realized that was going to be the trend. So I proposed to my boss at that time to start selling digital advertisements. And to create a platform for our customers. He said: "Fine, but that requires a developer". I said "I accept the challenge!. So I started coding in ActionScript, making nice dynamic adds, and then moved into building a whole platform with PHP and JS" 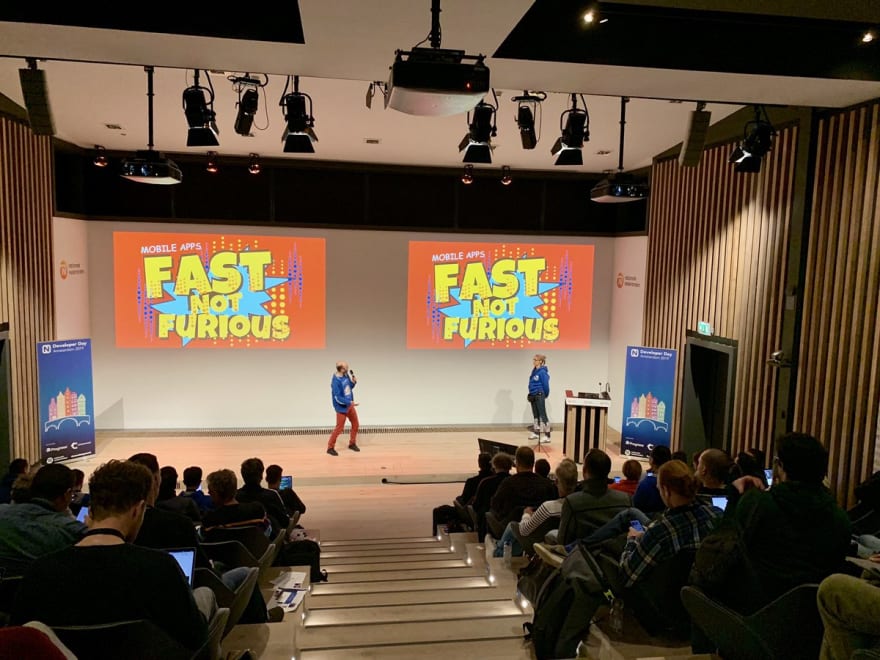 The next one on the stage is the amazing @AnfibiaCreativa talking about #Performance! #NativeScriptDevDay

Who were/are the biggest supporters in your career?
My family and closest friends and a lot of people from the developer community that work hard to provide a safe platform for women to grow. I'm not naming anyone because I will likely forget some of them and would feel terrible.

Tell us more about your current job – e.g. what do you like most about your role?
I design systems and do a lot of conceptualization work. I love the ability to experiment with new technologies or patterns and see how they fit best to solve a problem.

What does your typical day look like?
I wake up at 6:15 and have 2 large cups of coffee before I can think straight. I then go to work and catch up with emails and Slack. A lot of my days are spent in meetings and other days are spent only with coding. Some are half and half. Evenings and weekends I try to devote fully to my family.

What do you do in your free time?
I love traveling and eating out at nice places, just to experiment with new food and good wines. I love movies and reading. I also still design and paint, and draw. And I am guilty of dedicating a lot of my free time to studying and coding. I really enjoy it. 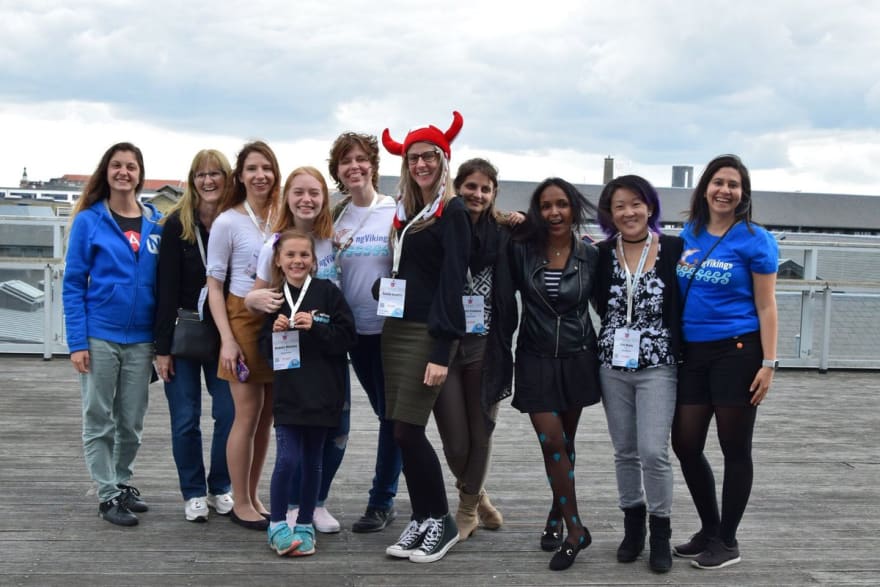 I love this photo. Women all ages spreading #angular knowledge at @ngVikingsConf ❤️❤️❤️

What advice will you give to women and girls who dream about a career in tech?
Don't let anyone talk you out of that dream. Like with every other profession, there are ups and downs. There are difficulties. Coding can be hard. Having an overview of a system can be hard. But it's not harder for you because you're a woman! It's the same for everybody!
Careers in tech can open so many doors and take you to so many places! In the past 3 years, I've been to countries as far as Colombia. I was in Portugal, France, Germany, the Netherlands, Denmark, Norway, Romania, the UK, on trips connected to my career, either to speak at a conference, or to participate in a business meeting or to work onsite. I've also met some of the smartest, most amazing, fun and caring people in developer communities. It is very fulfilling and challenging! A unique adventure!

Why we need a network for Women in Tech