When you think of programmers, what do you imagine? Do you imagine a person sitting behind a desk, typing vigorously with one hand, holding a gluten free bagel in the other?

Did you imagine a man or a woman? Don’t feel bad if you imagined a man behind this desk, it’s still what I imagine when I think of a developer. Why is programming perceived as such a man’s world?

My teacher actually raised this question when he asked me and a fellow female student of the minor web development why we thought only five out of 30 students in our class were women. We thought about this and said things like: “the minor was promoted as having a very heavy course load” and “it’s probably because women don’t think they are good enough”. Eventually we, of course, blamed society for making girls insecure and giving everyone gender biases.

While we laughed it off a bit it actually struck me that I have only had one female teacher for a development course in my entire time in school. Even the lecturers of the weekly talks we had during the minor from people working as developers were all men.

Programming is perceived by many as a skill men are just better at, this of course is not true. Men and women have the same cognitive abilities, but there are some crucial differences in how men and women view their skills. 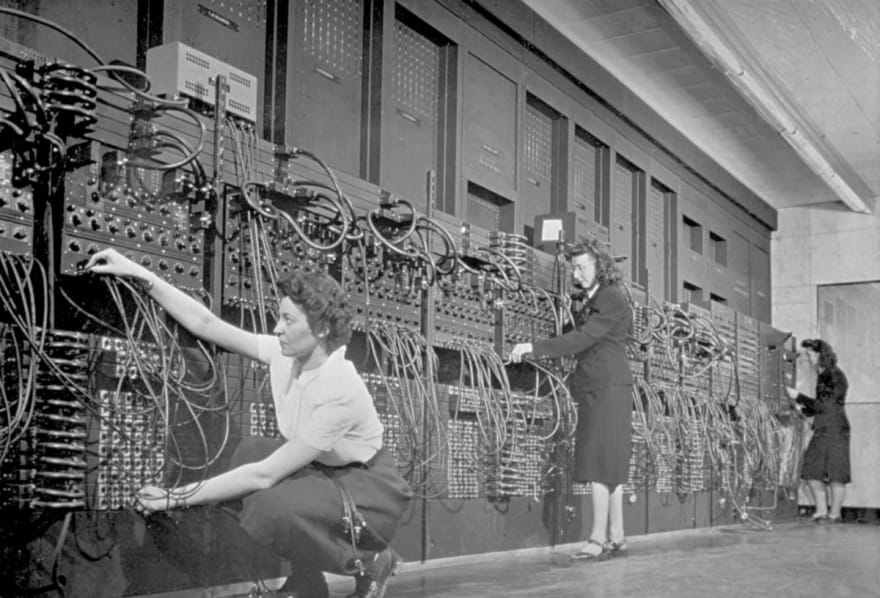 Women working on the first computer in the world; Eniac —Andrew Chen

It's also about rolemodels, because while Ada Lovelace is widely regarded as the founder of scientific computing, Grace Hopper invented the first compiler, and Erna Hoover revolutionized modern communication by developing a computerised telephone switching system it's unlikely you've ever been taught about them in school.

According to recent studies gender roles, stereotypes, and attitudes form at a much earlier age than previously suspected.

“As early as first grade, girls rate their own math ability inferior to that of boys even in the absence of differences in math achievement.” (Antony, Cauce & Shalala, 2017).

They also state that girls perceive their literacy abilities at the same level as boys their age. But it‘s not just the children, their parents also thought boys are better at math than girls.

“These patterns of self-image are important because children who display a sense of having lower ability in math at his early age may be less likely to enrol in advanced math courses in high school and later in college.”
This reduced involvement of female students in advanced math courses seem to have a direct influence on the amount of women interested in becoming a scientist, engineer or programmer (Antony, Cauce & Shalala, 2017).

At college Introduction Programming was a core subject in my studies. This was one of the hardest courses according to many of my female classmates. It was like they had already decided they weren’t smart enough to understand it and had already given up before the course even started. 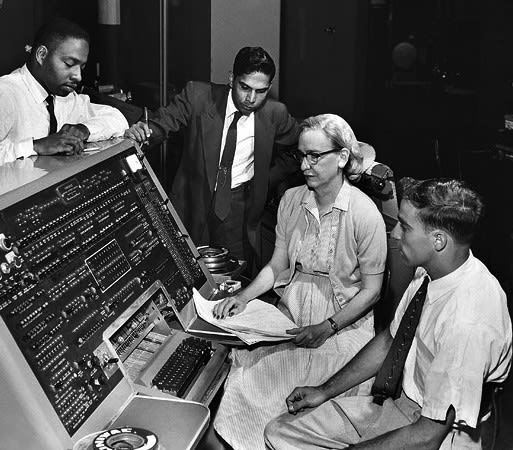 Of course not everyone will become legendary at coding, but with enough confidence and determination anyone can learn it.

It’s important that girls are taught from a young age that they are just as good as boys at any given subject. Gender biases should not stand in the way of what women think they can and can’t do. The first step is raising awareness. The second is to create a mindset in which the way we stop using gender as an excuse for behaviour. We really aren’t that different. The third step is to use more female role models and invite more women to speak about and teach programming. So when a person thinks about a programmer they don't automatically think of a man behind the computer.

Cyd
Freelance Web developer
When can you declare yourself a Full-stack Dev?
#discuss
I Used ChatGPT to Answer Questions on Stack Overflow
#discuss #openai #gpt3 #ai
What are the coolest uses of AI you've seen in the last couple of weeks?
#discuss #ai

Once suspended, cydstumpel will not be able to comment or publish posts until their suspension is removed.

Once unsuspended, cydstumpel will be able to comment and publish posts again.

Once unpublished, all posts by cydstumpel will become hidden and only accessible to themselves.

If cydstumpel is not suspended, they can still re-publish their posts from their dashboard.

Once unpublished, this post will become invisible to the public and only accessible to Cyd.

Thanks for keeping DEV Community 👩‍💻👨‍💻 safe. Here is what you can do to flag cydstumpel:

Unflagging cydstumpel will restore default visibility to their posts.