Gatsby a word which I heard a lot in the Recent times . That increased the curiosity and queries regarding the gatsby . So let me explain few things

What actually Gatsby is ?

Gatsby is a framework which comprises of React and graphQl. It's also known as a static site generator (not only that it can handle dynamic sites too).

The first question arrises for is how to code with gatsby it has is own or same like react ? the answer I got is very contentment and simple , yes it's actually a React nothing new (applies for many cases).

It has its own build plugin's smiler to npm packages which makes easier to work since the packages doesn't require other dependencies (but only few packages available) .
As I told before it has both the node and react within it so we'll be in control in same app .
It has many in build graphQl queries to fetch the image from a folder like useStaticQuery (this is where gatsby comes img is not imported directly like react because while using this query gatsby optimises the image) . 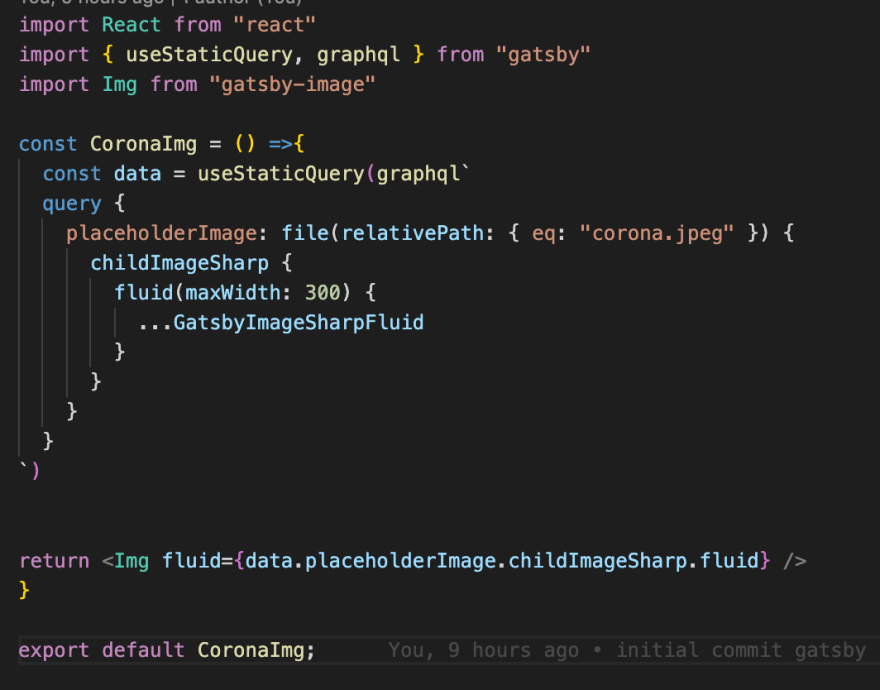 Speed
Speed is the challenging thing that a developer faces and a worst thing for user experience if the site loading speed is low . Gatsby can really help to make the faster sites.

The hosting of the gatsby sites are really simple and easy , Because there is no database or server-side code, special languages or frameworks to support, all the hosting has to do is to serve static files.Netlify makes hosting even more easy .

Default Generated Routes
By default gatsby will have a folder named pages the js created inside pages folder will have a generated routes with the name of that js for example if the js name is check.js its route will be http://localhost:8000/check

Get Started with Gatsby

With the Gasby CLI installed on your machine, you can now create your site. I’ll call it kr-demo.

move to that directory and

yes your gatsby site will be running on http://localhost:8000/

ya that's now you can play with your gatsby site !

finally how this is related with title Corona 😉😉 nothing more I created a dashboard stats for the Corona using gatsby https://suspicious-bhabha-638ce4.netlify.com/

How to capture screenshots with Puppeteer.