First of all, I would like to say a very big congratulations on finishing that awesome app of yours with flutter. What's next? you might ask, Ok time to build and realese a signed version of your application, and possibly upload it to the Google PlayStore.

In this article, I will be walking you through on how to successfully sign your apk file and the possible errors you might encounter, with their possible solutions.

By default, Flutter ships it's brand logo, as your default app icon. To change to your custom icon, there are various approach you can take. Take a look at one of them in another article I wrote here.

For any reason, you would like the name of your application to be changed to something else, take these few steps: 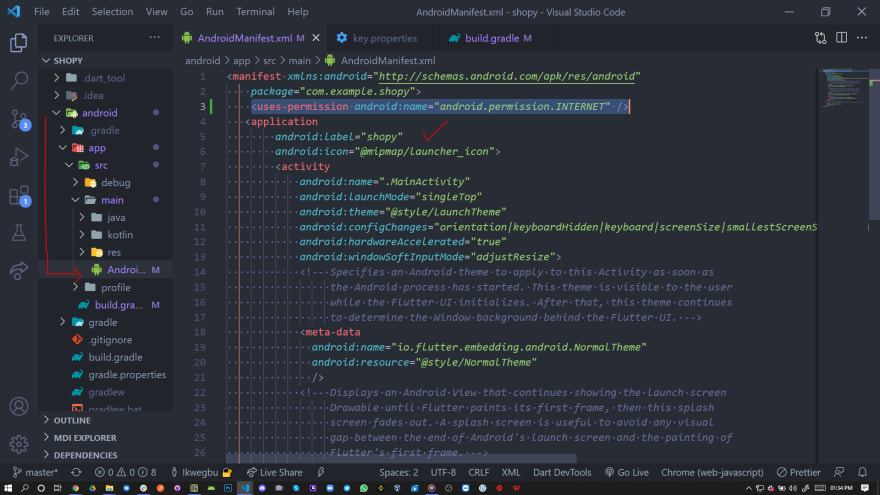 By signing your application, you're providing it with it's digital signature. For future updates on the app, this created signature will serve as an authentication. With that being said, try and keep the signature/keys safe, and don't check it into any version control system. Follow the below steps to sign you app:

Preferably, in your VsCode terminal, which I presume will have it's current directory to be the root of your project. In my case, I have 'C:\Users\usser\Documents\Flutter_Github\shopy>', but depending on where you wish to store the keystore.jks file we are about to create, you then navigate to the directory and paste the below code in your VsCode terminal

NB: The 'myCustom-keystore.jks', can be any name you wish to save the file as, while the 'custom' is the alias of the keystore file.
The -storetype JKS tag is only required for Java 9 or newer. As of the Java 9 release, the keystore type defaults to PKS12. 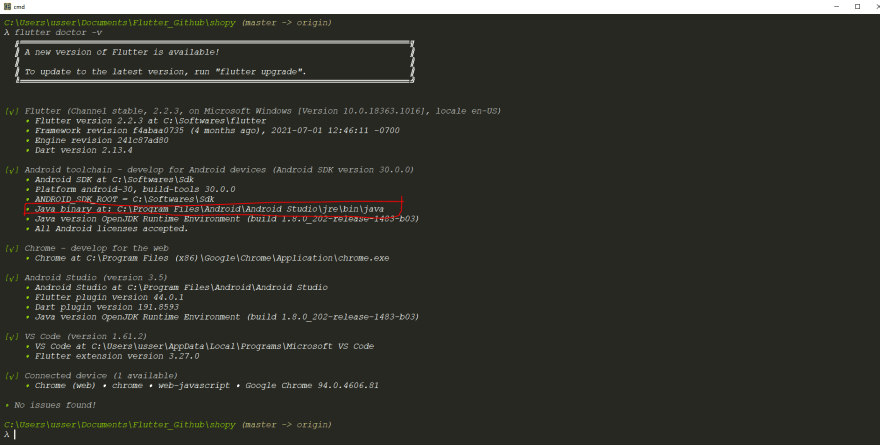 NB: From the Image above, I am making use of Cmder, to run the 'flutter doctor -v', so you can see the process clearly.

Once you paste the new command, and hit enter, you will be prompted to provide a password, after which you would have to provide other sets of information. Remember to read through and thoroughly before continuing.

In this section, we would generally talk about keystore, and how to reference it from the app, then we would learn how to configure the signing in gradle.

1. Reference the keystore from the App

In your 'android' root folder, create a file called 'key.properties', copy and paste the below code into it (PS: Don't copy the comment also).

The next step to take is to configure your gradle, so it'll be aware of your keystore and be able to use it when building your app in release mode. To achieve this, locate and edit your build.gradle file in '[project]/android/app/build.gradle' with the following lines of code:

And replace it with the below signing config info:

Once you're done with the above configurations, the release builds of your app will now be automatically signed.

Oh, before I forget, you may need to run 'flutter clean' after updating the gradle file. This would help clean some cached builds, preventing it from affecting the signing process.

Let's say everything worked out fine, which it should 😅. In your project root directory, run the below code to build your flutter apk file