Connect4 is a great childhood game of mine. So when I saw that the amazing Ania Kubow made it using vanilla JavaScript, I was set on creating my own version using React!

Before getting started, if you'd like to play the game that we'll be building in the first 2 parts of this series, you can do so here.

For those not familiar with the game, here's the basic structure and ruleset:

Here's a preview of what our finished game will look like: 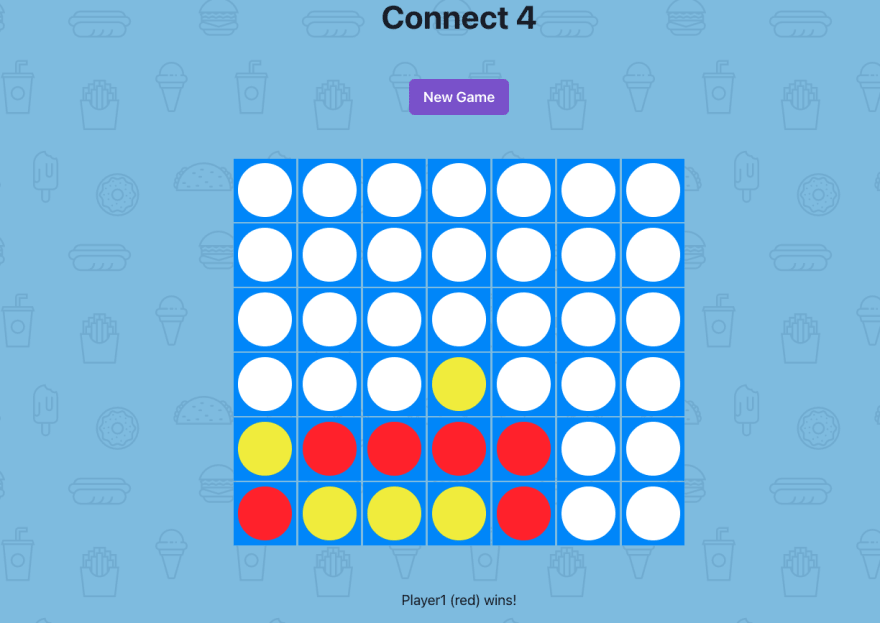 To help in quickly building out our project in order to focus on the actual game logic, I'll be using the following tools:

To get started, we'll create a new react project with NextJS by running the following command in our terminal:

Now that our dependencies are installed, we can begin setting up our game. Let's kick things off in _app.js. In this file, we'll set up ChakraUI.

Replace the contents of _app.js with the following:

Note that all this does is allow our entire application to use the default theme provided by ChakraUI.

🗒️ Feel free to delete any of the global styles in styles/globals.css as we won't be using them. We'll cover global styling in ChakraUI towards the end.

Setting Up Our Game

Looking at the screenshot above, we'll need a title, a button, the game board itself, and an area to display a message.

ChakraUI will make it easy for us to center and vertically stack these components with consistent spacing using the VStack component.

Go ahead and replace the contents of index.js with the following:

👀 Notice that in the above code snippet, there is an import for Connect4 that lives outside of the pages directory, inside a directory called components called Connect4.js.

Go ahead and create that file as we'll be working on it next.

As we code along, I want to make sure we understand the responsibilities of our game. As such, here is what our game will be in charge of:

Using the above as a set of requirements, we can begin modeling what the initial state will look like for our game.

In Connect4.js Add the following:

Whoa, that's a lot of code all at once! Let's go through the commented numbers and understand what is happening.

Wrapping Up Our Styling

The last bit is to create each Row, which in turn, consists of a bunch of Cell components.

Aside from adding a Flex component from ChakraUI to add some basic layout, this code is how most presentational components in React are structured. In Row.js add the following:

To expand on this a bit, we are creating two components. One called Row that will take in an array containing 7 null values. Each index in the array represents the column of the Connect4 board.

In game terms, to place a token on the board, we don't care what row we're in, we only care what column we're in. Using that logic, we create a Cell component that renders out the circles for the board:

Every time a Cell is clicked, we'll call the play function (that we stubbed out in Connect4.js) and passing in the index of the column.

I'm sure you've noticed by now that we've been passing around this line of code:

That file was created for us, but it doesn't contain any of the styles that pertain to our app. Let's update that file to only contain the following:

The above has some basic styling that makes our board blue, sets the colors for our circles, and because I was feeling fancy, adds a half-second transition for the circles to change from white to either red or yellow.

As promised, the last thing we'll do in this post is to add some global styling using ChakraUI

In _app.js, we'll extend the default theme with the following object:

To view you game, start the server:

🎊 Congratulations! If all went well, you now have a static gameboard that looks like this: 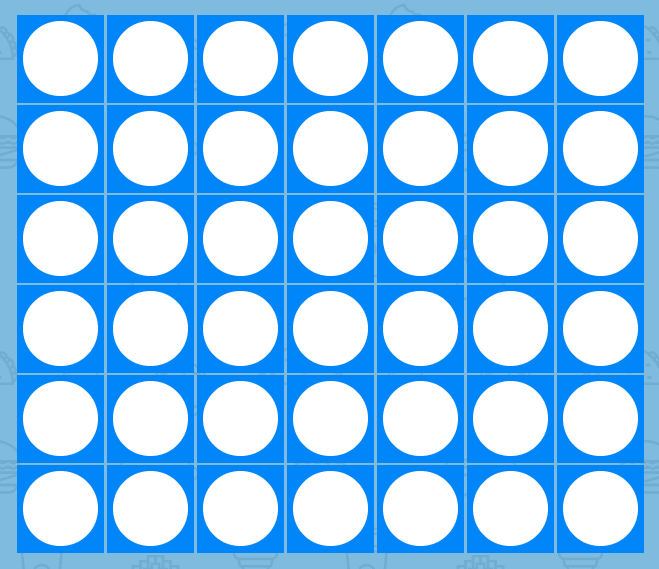 To view the player circles in your game, feel free to change the parts of your state and they should reflect in your game:

That's it for this section. In the next part, we'll tie things together by adding all of the code needed to have a functioning turn-based game.

Thanks so much for checking out this tutorial and I look forward to catching you next time!

How to add sitemap and robots.txt to Next.js application