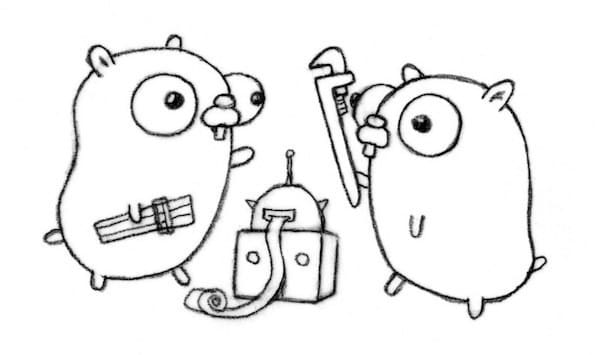 Yes, they are. And that's why I love Go. Almost all important tools come together with Go installation, but there are also some you can install additionally depends on your needs: golint, errcheck, etc.

The most common way to install a Go package is to use a go get. If you need fixed versions you may use dep for dependencies management. go get downloads the packages named by the import paths, along with their dependencies. It then installs the named packages, like go install.

There are some helpful flags:

The go build command lets you build an executable file for any Go-supported target platform, on your platform. This means you can test, release and distribute your application without building those executables on the target platforms you wish to use.

If you are curious about the Go toolchain, or using a cross-C compiler and wondering about flags passed to the external compiler, or suspicious about a linker bug, use -x to see all the invocations.

I often use -ldflags option when build Go programs:

go build -gcflags used to pass flags to the Go compiler. go tool compile -help lists all the flags that can be passed to the compiler.

This command has a lot of options, but the ones I use often are:

It lists the packages named by the import paths, one per line.

Most used tool for me, because I run it on file save. It will reformat your code based on Go's standards.

There is also goimports based on gofmt which updates your Go import lines, adding missing ones and removing unreferenced ones.

I also run it on save, go vet examines Go source code and reports suspicious constructs, such as Printf calls whose arguments do not align with the format string.

The go generate command was added in Go 1.4, "to automate the running of tools to generate source code before compilation."

The Go tool scans the files relevant to the current package for lines with a "magic comment" of the form //go:generate command arguments. This command does not have to do anything related to Go or code generation. For example:

We spend more time reading code than writing it, and as such, tooling that helps us reading code is an important addition to the tool box of any good gopher.

This sounds quite similar to javadoc and other similar tools, but Go documentation does not have any extra formatting rules. Everything is plain text.

For instance, we can get information about json.Encoder by running:

If go doc is able to give us information about any identifier in our GOPATH, godoc is able to provide full documentation for packages in text form:

I also run it on file save.

This tool detects when an error is silently ignored. This means that for a function that returns at least one error we are omitting to check the returned values.

Given a foo() error function, we'll say that:

Go community is very active and always creating new useful tools, please leave a comment if you know some other tools you find useful.

How to survive junior Golang developer?

Trending on DEV
What programming language(s) do you want to learn in 2020?
#discuss
Why Choose NgRx?
#discuss #ngrx #angular #javascript
What was your win this week?
#discuss #weeklyretro
What's the best documentation you have ever read?
#webdev #discuss
What are some common falsehoods about working as a software developer?
#discuss #career
5 React Projects You Need In Your Portfolio 📂
#react #javascript #career #beginners
How to use Amazon SQS and SNS for inter-service communication
#aws #go #microservices
Get Paid Writing Articles for These 10 Companies ($100+ Per Article)
#webdev #writing #career