Excelize is a library written in pure Go and providing a set of functions that allow you to write to and read from XLSX files. Support reads and writes XLSX file generated by Microsoft Excel™ 2007 and later. Support save file without losing original charts of XLSX. This library needs Go version 1.8 or later. The full API docs can be seen using go's built-in documentation tool, or online at go.dev and docs reference.

We are pleased to announce the release of version 2.0.0. Featured are a handful of new areas of functionality and numerous bug fixes.

The most notable changes in this release are:

* From version 2.0.0 all row manipulation methods uses Excel row numbering starting with 1 instead of zero-based numbering which take place in some methods in earlier versions, related issue #349. 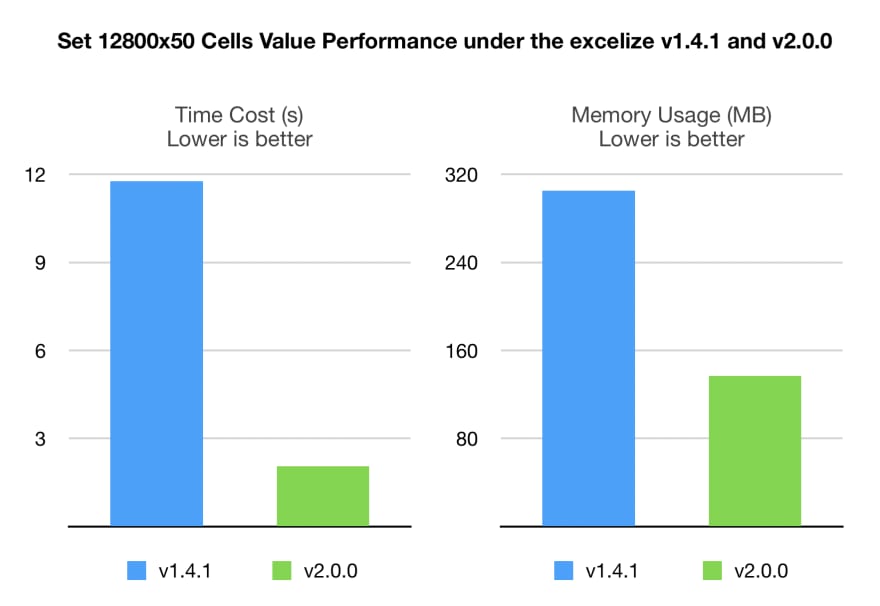 Once suspended, xuri will not be able to comment or publish posts until their suspension is removed.

Once unsuspended, xuri will be able to comment and publish posts again.

Once unpublished, all posts by xuri will become hidden and only accessible to themselves.

If xuri is not suspended, they can still re-publish their posts from their dashboard.

Once unpublished, this post will become invisible to the public and only accessible to xuri.

Thanks for keeping DEV Community 👩‍💻👨‍💻 safe. Here is what you can do to flag xuri:

Unflagging xuri will restore default visibility to their posts.