I was recently asked to look over some CVs. It’s a while since I’ve done this, so I thought that noting down my immediate reactions as I went through the CVs might help anyone having to circulate their own CV at the moment. 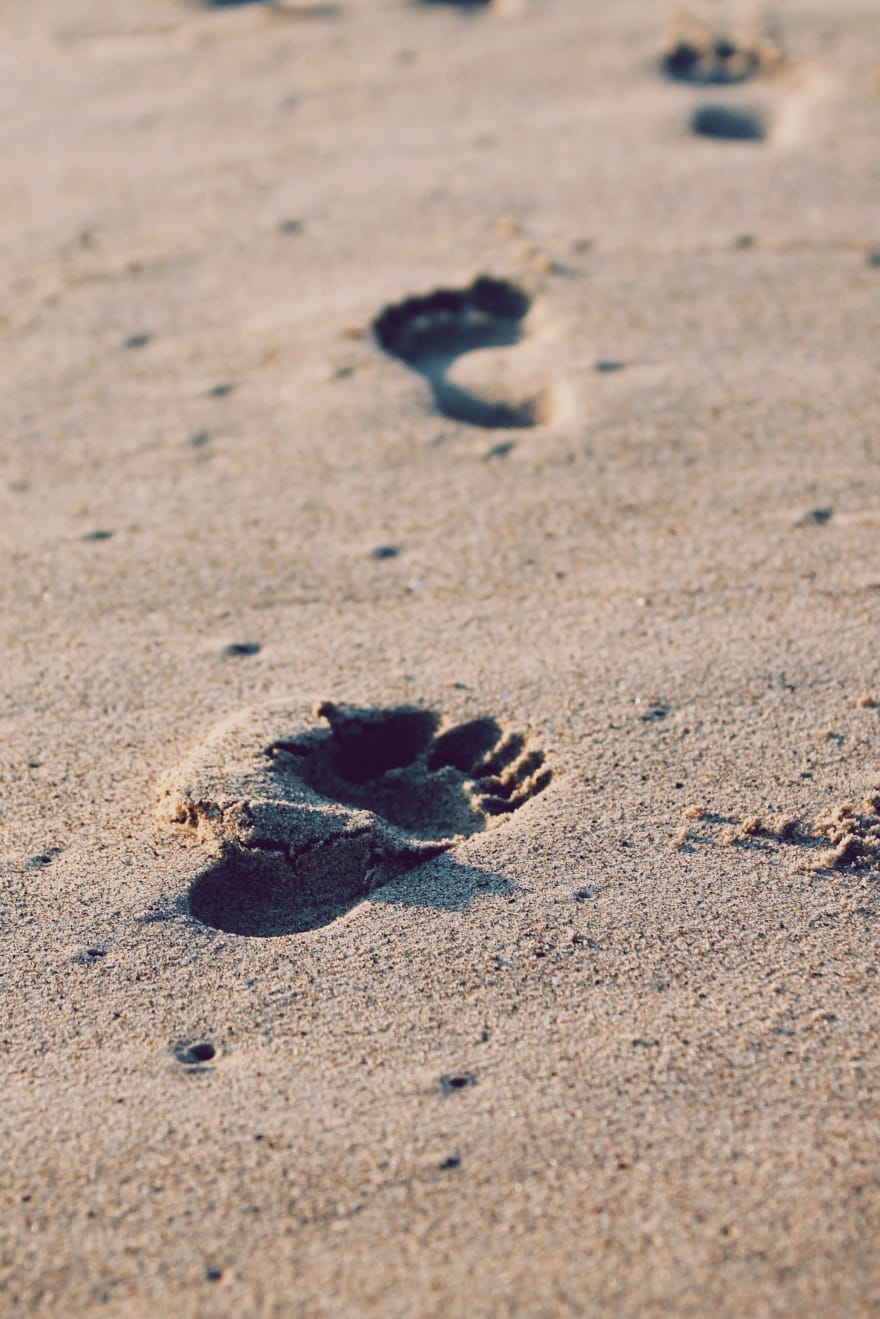 I’m not for a moment saying I’m right or wrong in the following views, and this is definitely not one of those posts about ‘how to write your CV to land your dream job’. I’m merely laying out the responses I had and more importantly what I felt these reponses told me about the person behind the CV. My ‘gut reaction’ may well be similar to others’ and if they are, it might be worth bearing them in mind when you share your CV.

Looks Count More Than I Thought

First, it wasn’t until I reached the ninth CV that I realised how much a CV’s appearance makes a difference. When viewing numbers one to eight I hadn’t been thinking ‘these look terrible’, but when I reached the ninth, a part of my brain said: ‘Finally! A CV that looks good.’

I think if the role was for a C++ programmer then I probably would have simply smiled to myself, ignored my response, and moved on. That’s not to say that appearance doesn’t matter–or that C++ programmers don’t worry about their appearance–but if I was trying to decide between two C++ programmers it wouldn’t be the look of their CV that was the deciding factor.

But the role for which I was reviewing this batch of CVs was a React developer and there are lots of very talented React developers out there. And when lots of people have worked with GraphQL and Docker and cloud services and D3 then it may well come down to whether or not you have made an effort to convey that you like things to ‘look nice’.

It’s worth saying too that the CVs that looked good didn’t go overboard; all they did was have a pleasing font, perhaps two columns instead of one for the layout, maybe a couple of icons and some colour, and probably didn’t span more than a couple of pages. But that was enough to convince me that these were people who would ensure that a bad-looking product didn’t get deployed.

Probably in the same vein, typos really jump out at you when you are looking at a lot of CVs. Again I’m not saying I’m right or wrong on whether this should be an important criteria, but the fact that my subconcscious reaction was to be turned off if I saw a spelling mistake–or a technology name that had been capitalised incorrectly–shows that somewhere in our psyches this stuff counts for something.

As with the previous point about looks, I’d probably see this as more relevant for front-end people.

And it might be worth saying that it’s usually not difficult to differentiate between those who have just not bothered to check their CV and those that have difficulty with spelling. I’ve worked with people in the latter camp, both senior managers and junior programmers, and it’s not a big deal–you can work with it and it would not stop me from hiring someone.

But to keep with the theme of my ‘initial reaction’, I can’t help that when I see someone write ‘Graphql’ I’m going to doubt whether the applicant really has that much experience with ‘GraphQL’; maybe it’s worth just double-checking the website of the technologies you use one last time, before sending off that CV.

One other thing that I hadn’t expected was that I was drawn to mark people more highly if they gave some indication of the approach they took to their coding and development. For example, a few people mentioned having experience with TDD, which I thought was good. That doesn’t mean I’d rule out someone who didn’t have TDD experience, but it’s an approach that people need to be aware of.

However, more importantly than TDD, only a handful indicated that they liked to get involved in code reviews and saw them as a good way to share knowledge and build a consistent and high quality codebase. Again, I would not rule out someone who didn’t mention code reviews, mentoring, and so on, provided they were relatively inexperienced; but I probably would rule out someone who clearly has experience, but hasn’t thought to mention these things.

What I was also surprised by was how the list of technologies on a person’s CV led to me forming an impression of the kind of coder that person was. If I saw GraphQL in the mix then I found myself thinking ‘modern tech stack’. It may be unfair, especially since GraphQL wasn’t mentioned in the job description that was circulated; but after reviewing all of the CVs I found that it was a pretty accurate indicator of the types of projects someone had been involved in.

There were other technologies that were similarly indicative, such as mention of ‘microservices’, or use of MongoDB, Elasticsearch, Redis, RabbitMQ, and so on. But there were very few CVs where these technologies appeared without GraphQL.

There is probably no general rule here, since the technologies that differentiate will be different in each cohort of CVs; if every CV included GraphQL then it may have been the presence of something like Docker and/or Kubernetes that told you something about the kind of people you were looking at.

This last point may also be controversial, but I’m going to describe it so that you can do whatever you like with the information; if someone was not on LinkedIn or didn’t have a public Git account, I found myself thinking ‘well, what exactly do they do?’

From this batch of 22 CVs, only one had answered any questions on Stack Overflow, and only one–a different person–had done any talks at Meetups. A couple had GitHub accounts, a couple were on LinkedIn and a couple had blogs.

This is no doubt unfair, so again, blame my subconscious. But I can’t help think that if I’m going to work with some people day after day, I want to be with people that are sharing links to things they’ve read, people who are trying out new technologies and languages, people who have weekend projects, or who are contributing bug fixes back to open source projects.

And although I’m not particularly a big fan of LinkedIn, I always quite like it when I see people who are at the early stages of their career making connections with everyone they met at last night’s Meetup.

None of this is to ignore the current discussion about work/life balance–to demand that people do their own education in their own time, spend all waking hours coding, attend Meetups every night of the week. But it is to recognise that we are in a fast-moving industry, and if you want your CV to be picked from amongst that batch of 22, then it’s going to be important to think about how you come across.

One final thing has just occurred to me…I didn’t consider the qualifications of anyone, which I imagine is down to the role that the CVs were for. You’d certainly be interested in degrees and PhDs if you were hiring a data scientist or someone to write an operating system; in these spaces theory is a major element. But for fast-moving technologies like front-end development, you can probably tell everything about a person from their experience.

I haven’t had to look at CVs for quite a while, so it was interesting to examine my own responses to reviewing this batch. What became clear is that I quickly ‘merged’ the CV and the person in my mind. If there were mistakes in the CV I couldn’t help but imagine someone who lacked attention to detail. If there was a little bit of colour in the CV or the person had spoken at a Meetup then I couldn’t help but think that this was a person who was prepared to go the extra mile. And if the person had a public Git account then my spontaneous reaction was that this was someone who wanted to keep learning, and really enjoyed the work they do.

I may be wrong in my judgements or harsh in my conclusions, but if you’re about to send your CV out, at least you now have a couple more insights that might help you decide how your CV is representing you.

How to Create a 2D draggable grid with react-spring: The showdown

Ever heard of debouncing in in javascript , What is it ?

You Know, For Devs
This is where Mark Birbeck blogs his technical stuff, on a variety of subjects ranging from Docker to Node, Polymer to b
Create professional portfolio website with Nextjs and ChakraUI
#nextjs #webdev #react #beginners
What are the most annoying things in the work of a developer?
#career #productivity #webdev
10 Developers You Must Follow To Improve
#beginners #productivity #webdev #devops
Forem Open with the Forem app