In this post I will be describing how I completed the Acloud Guru challenge to develop and deploy a Cloud Resume website on AWS. The details of the challenge can be found Here.

It was a really interesting challenge and helped me learn a few new things. Having an own resume website is very useful nowadays since everything is moving to cloud now. So its natural to have your experience and profile on cloud too.

Here I describe how I developed and deploy my portfolio website. Hopefully this will help someone to build a website of their own. Now there are many ways to achieve the same result. This post is my method of the Dev and Deploy process.

The codebase for this post can be found Here .

Let me first give an overview about what the requirements for the challenge were. At high level these are the main objectives which were to be achieved:

For my Website, here are the high level details about how I built and deployed.

Let me go through some more detail of each of these components.

Let me go through a high level explanation of the whole app architecture. The whole system is divided in two parts: FrontEnd and BackEnd. Below image should explain the overall system.

The Front end is a React Single page app. The app communicates with the backend calling the API endpoints. The app has two different UI based on whether it is opened on a desktop or on a mobile device. The React app is built and the static files are deployed to an S3 bucket to host the website. Below are the components which are contained in the whole frontend architecture: 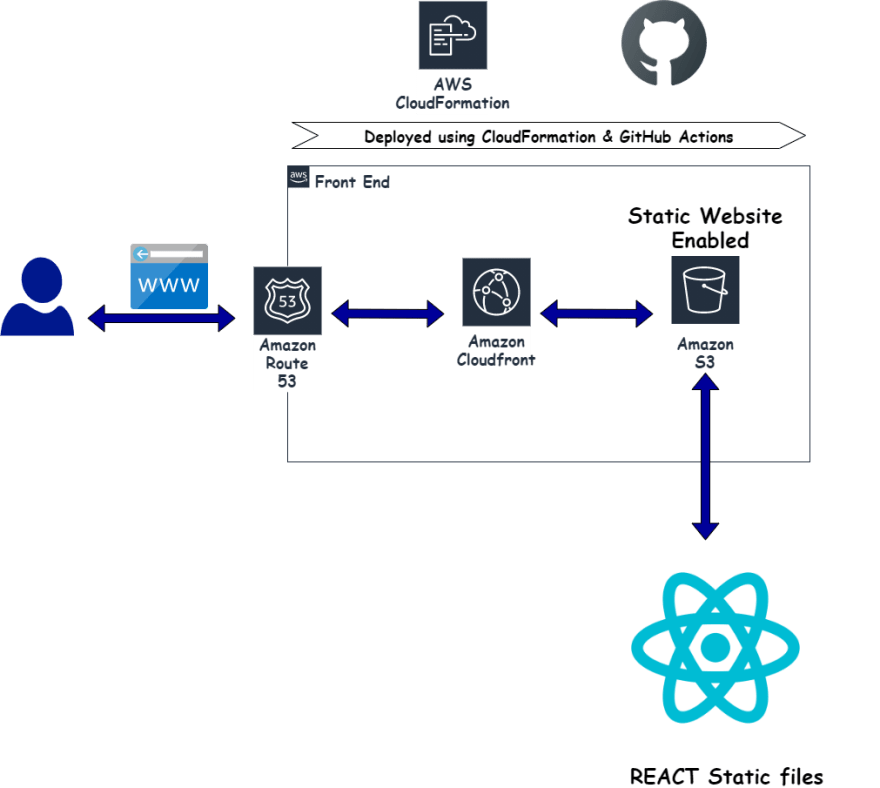 For the Back end I developed a Flask API. The API exposes endpoints which when accessed performs the actions to update the counter and return back the count from the Dynamo DB database. The Flask API is deployed as a Lambda function and exposed publicly via API Gateway. Whole back end gets deployed using a SAM Template. Below are the components which make up the back end architecture: 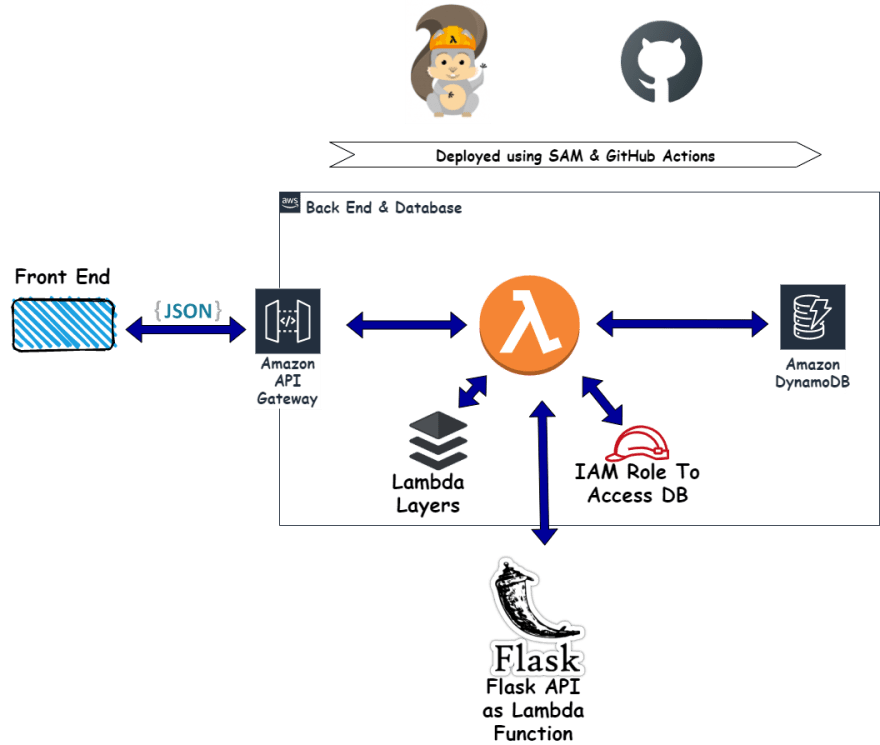 To deploy the various components of the app architecture, I am using Github actions workflow and automating the whole deployment process. There are two separate workflows built to deploy the Front end and the backend separately. There are two different Github repos for Front end and Backend which triggers the respective Github actions flows. Both of the Github flow files are in my Github repo and can be referenced. Let me go through each of the flows.

Since all of the deployment commands will be involving SAM CLI and AWS CLI, I created a custom Docker image which contains both of these installed. The CLI gets configured via Environment variables which gets passed while initializing the container using the Docker image. 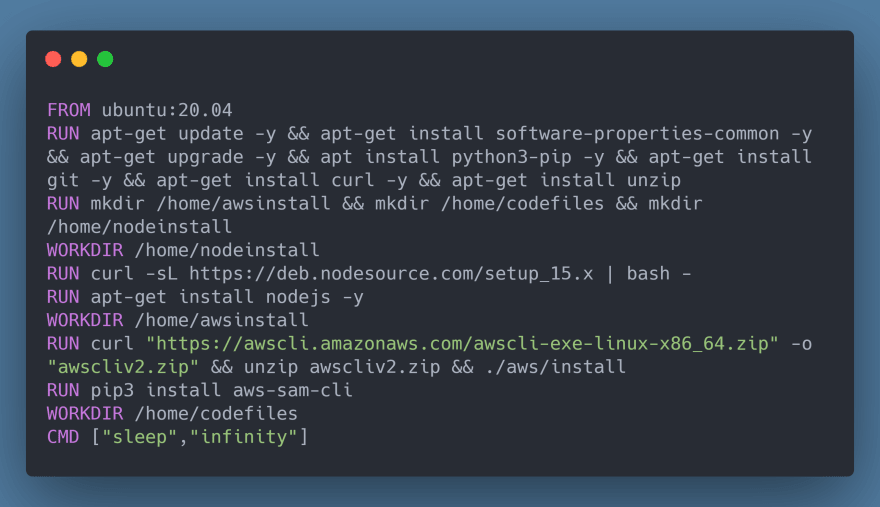 The Docker image is stored in a private registry which I created on Gitlab. The Gitlab login token is passed as Secret to the Gihub repo and is used in the Actions workflow to login and pull the Docker image to run the container. All the deployment commands are run on this container.

Below image shows the steps which is built as part of the Github actions flow.

Below are the steps happening in the workflow:

This whole flow runs every time a change is pushed to the repo. If there is no change to a specific file involved in a specific stage, no changes are applied and the flow moves on to next step.

Below image shows how the flow works to deploy the Back end components.

I also had to provision a certificate in ACM so the website endpoint can be served over https.

Once all these changes are done, hitting my website domain opens up the resume website and shows the Visitor count at the top. If there is any issue with the API, the Visitor icon shows an error but the rest of the web page still loads normally.

I really enjoyed working on this challenge as I learnt some new tips and tricks while developing for the project. In this post I tried to document at a very high level about my approach and hopeful this will help someone with their approach to the challenge. For full details of the project please visit the code repo on Github. I also write my own blog about cloud technologies and if any questions I can be reached out Here

AWS vs Azure: The 5-Criteria Choice

What I learned This Week. Week 10.