As I said in my previous post I had to get a new Macbook after my old one braking down. As a result I had to reinstall everything from scratch. Up to now everything is going very smooth.

The following is just an explanation on how I managed to install Virtual Box, Vagrant and Scotch box. More as a note to self than anything else 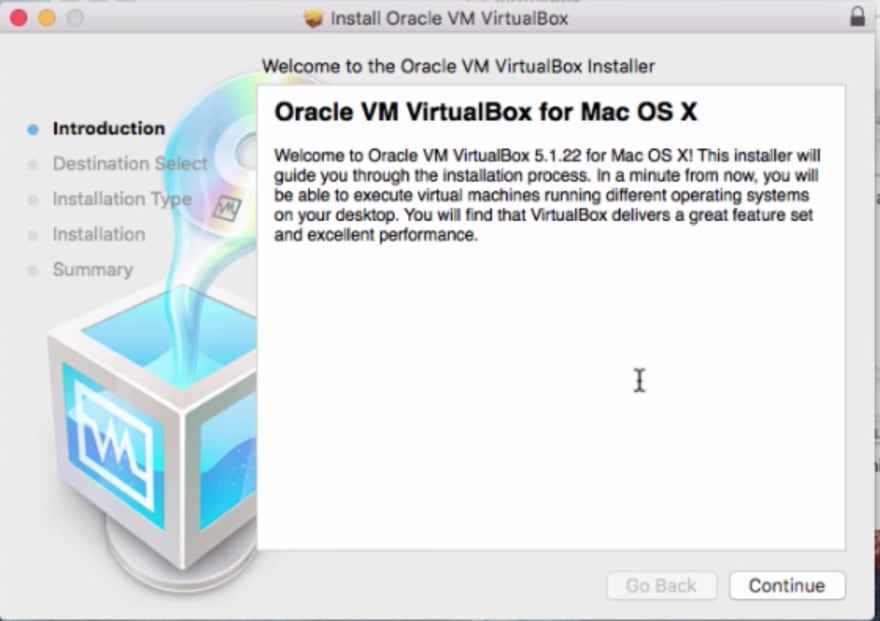 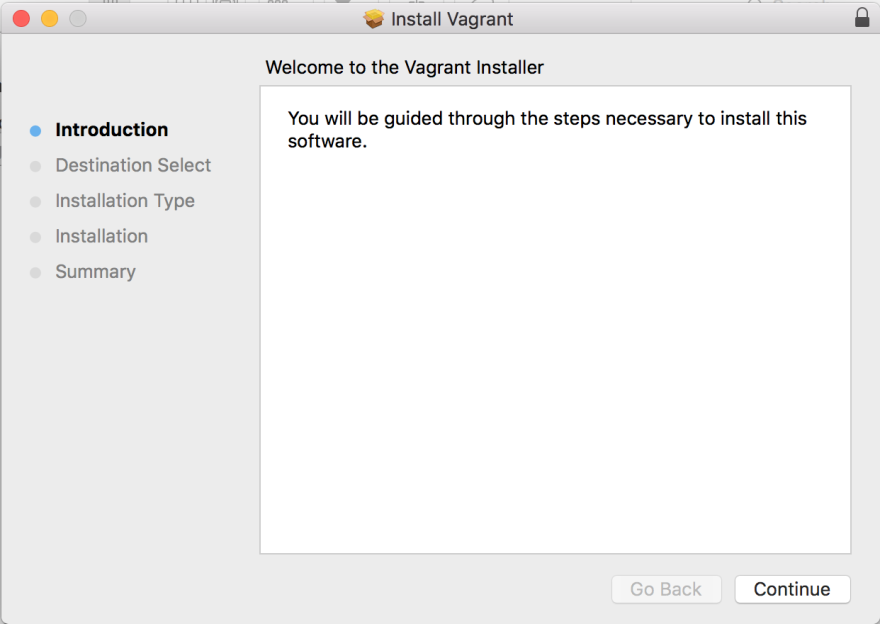 As you'll see both installations are done by clicking continue/next.

To test whether the above are correctly installed you can open virtualbox as an application. 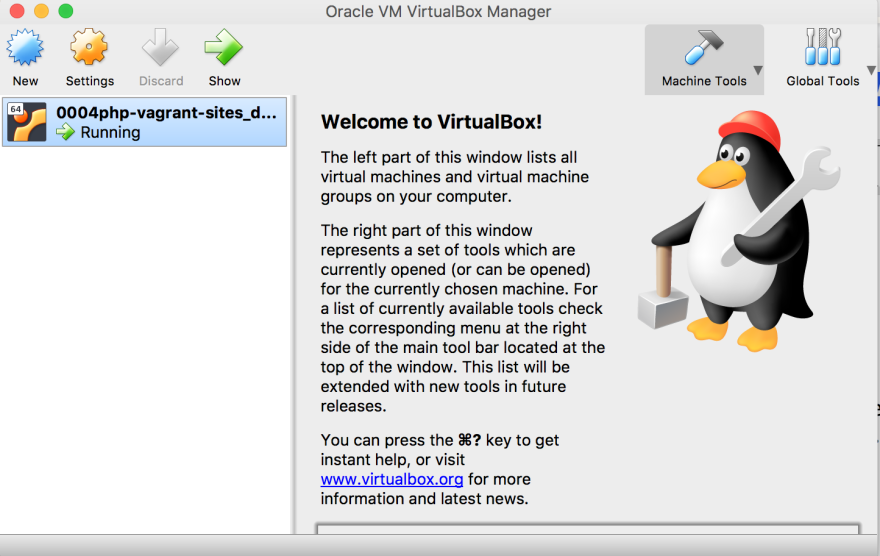 If you see something like the above, you know it has installed correctly. (You'll not need to use it, vagrant is going to work with virtualbox).

To test if vagrant was installed correctly run vagrant -v in terminal.

After the above, all you'd need to do is install boxes. These self contained virtual boxes that you can run in your local computer but treat as if they are separate.

As shown in their home page this box can easily setup.

Go in your preferred folder and run

Inside that folder you'll see the following file

As you can imagine we would add our work inside the public folder - replacing the index.php with anything you'd want.

Whilst you don't need to ever open the Virtual Box application, if you do open it now, you'll see a box with your folder name running 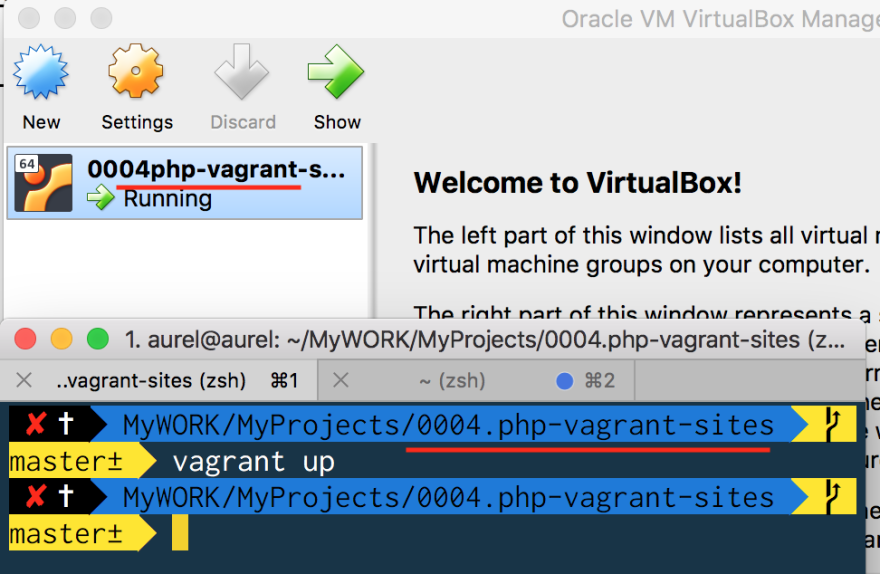 Similarly, you can run vagrant halt which turns the box off, and in the virtual box application you'll see the indication of "Powered off" where now it says "Running".

As you can see, you're able to control the boxes via the terminal so you never need to open the virtual box app.

Second thing that I think is extremely important to note is that the first time you run vagrant up on a Scotch Box project, a virtual box is installed in your computer, it's located at /Users/{username}/VirtualBox VMs (on windows, most likely it's at C:\Users\{username}\VirtualBox VMs) . One scotch box is 3.52 GB. So the idea that you should install one box for every web project you want to work on seems to be an over kill.

I'm so happy that I was able to set this up! I tried it once before (in my old MacBook) and things went really wrong. But now it all works like a charm.

I do believe scotch box is an overkill for what I need. It offers Node and MongoDB for example and yet all I want to do on a virtual box is PHP development! However, to get started, this was amazingly simple.

In my next post I'll try to document how we could create a website using this setup!

There are a lot of other vagrant boxes, I wonder if anyone could leave a comment on which is the best box for PHP development without the extras provided by scotch box - thanks

10 Things I Wish I'd Known When Starting My Coding Journey

Once suspended, aurelkurtula will not be able to comment or publish posts until their suspension is removed.

Once unsuspended, aurelkurtula will be able to comment and publish posts again.

Once unpublished, all posts by aurelkurtula will become hidden and only accessible to themselves.

If aurelkurtula is not suspended, they can still re-publish their posts from their dashboard.

Once unpublished, this post will become invisible to the public and only accessible to aurel kurtula.

Thanks for keeping DEV Community 👩‍💻👨‍💻 safe. Here is what you can do to flag aurelkurtula:

Unflagging aurelkurtula will restore default visibility to their posts.