Days throughout the workshop

So it was actually my friend who got me into MLH local hack days. While I was worrying about how I was going to study for my finals, he brought up the idea of taking part here. Now I was really hesitant to join because we had finals coming up in a week but the exams getting delayed to the next month was just the right amount of boost I needed to motivate myself into joining the Local Hack Day.
On the first day we were greeted by the most humble people that we've ever seen. Mary and Ryan who helped us with the introduction to the local hack day and a week later they are as energetic as ever. Helping anyone who would approach them. Then came the workshops and we were able to meet and interact with some of the best mentors out there. Their livestreams were absolutely phenomenal. Blahaj is still by far the most funniest thing to happen during the streams.

Now that it had been a couple of days for the workshops. I found myself knee deep in challenges. Working with programs that I had never seen before. Tackling challenges along the way. Everything seemed like a mess at first, but with proper guidance, we were able to achieve almost 80% of our projects.
The project that I was most proud of was the Python and OpenCV Face Detector that I made. It was my first time going into computer vision and I had an absolute blast working with it. I messed around with libraries and functions and was able to learn so much more. You can check out my project here link. I would love for you to interact with it aswell.

Most of the time I was working with my friend and some people from our guild. Here's a picture of me (Right) and my friend (left) posing for the take a picture with your teammate challenge. Aren't we adorable :3 ? 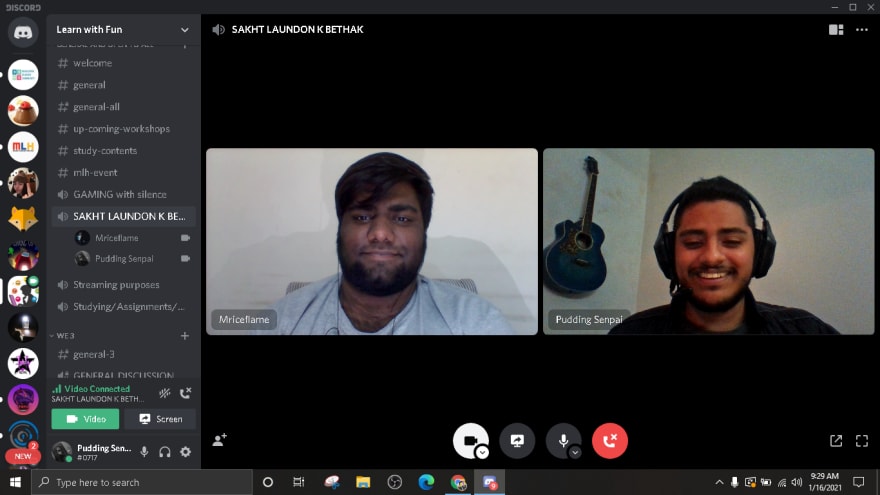 How to structure your Flask apps using cookiecutter