Hi, this post was written a long ago, and it waited for review, because my English is not so good.
So it not posted at all.
Now I found it as a draft, and I posted a new post, so I also releasing this post, and maybe it is not relevant anymore, so please tell me if you think it is deprecated. 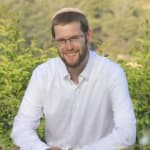 In my final project at the college, I write a bot with Microsoft Bot Framework on ASP.NET Core.

I think Microsoft has a lot of good things and lots of pretty things that are open source. The Bot Framework is a very good idea, but something is not baked there.

In order to write a well-designed code, and avoid from duplicated code, I had to make some decisions that seemed not to have been included in the original documentation.

This post can seem obvious to you. The problem is that it's been a while since I touched the code, and by the time I remember the more serious things, I had to start from somewhere.

In C#, the most used way to implement a bot with Bot Framework is to add it as middleware in ASP.NET Core app, and that's my case.

Looking forward, if we want to use that bot in a different place, We will receive his logic, but also his WebAPI infrastructure. So if now we think about the option of publishing our bot as nuget, for integrate it with more then one project, we may think about writing the bot only, in a project of its own.

The first step- writing the bot in its own project, is very straight. A bot is just a class that implements the IBot interface, with one method:

Of course, all the states and accessors (ConversationState, IStatePropertyAccessor<T>) will be in the Bot project.

We will create an Extension Method for the to extend the functionality of ASP.NET, but leave the implementation in our project.

The bot definition is made by code like the following code:

(At the time of writing, version 4.3 was released. In this version, the configuration is simpler and based on Dependency Injection.)

In a regular project, the services variable is the variable obtained as a parameter in the function public void ConfigureServices(IServiceCollection services) in the Startup class. But since we don't want all of this code to be in the Startup class, which is a class of the project that uses the bot, we can easily create an Extension Method for the IServiceCollection object, within the bot project:

Now, adding and removing the bot in the code will be very simple, all we need to do is call this function in one place in the Startup.ConfigureServices:

Now, we've seen how to completely separate the bot from the project that uses it. In this way, we can provide the bot as Nuget Package, and hide all the implementation, so that the programmer only needs to call the Extension Method that we have set up to add the bot to its ASP.NET project.

But what about the components that the robot needs to communicate with the infrastructure? We said earlier that there are things that depend on the project that runs the bot, so they will not be defined in the bot project.

Assume the bot needs to save data in a database.

You can probably guess the way of implementation, since this is not a special case of the bot, but rather a correct form of programming.

We will create an interface in the bot project, which will define the necessary methods, such as Save and Load.

Now, we can require the user to provide us with interface implementation while calling our Extension Method. We will do this by adding a parameter to the function, or by defining the function as a generic function:

I've shown a simple case in the Bot Framework that should be implemented more correctly.
This example can be taken for any other project.
In the following posts I will present things about the objects in the Bot Framework, such as Waterfall and Prompt, about their problems in terms of software design, and how I dealt with them.
You are welcome to ask, comment, correct and ask for more posts.

A Learning Path from C++ to ASP.NET Core