Vercel, the creator of Next js. But isn't that where you are supposed to host your frontend applications.
Yes, but not just that!
We can host a node backend applications on Vercel. Vercel essentially allows running a server on Vercel.

Create a free account on Vercel. (Preferably, use a provider where the repository for code is hosted)

Add a vercel.json file in the root folder. 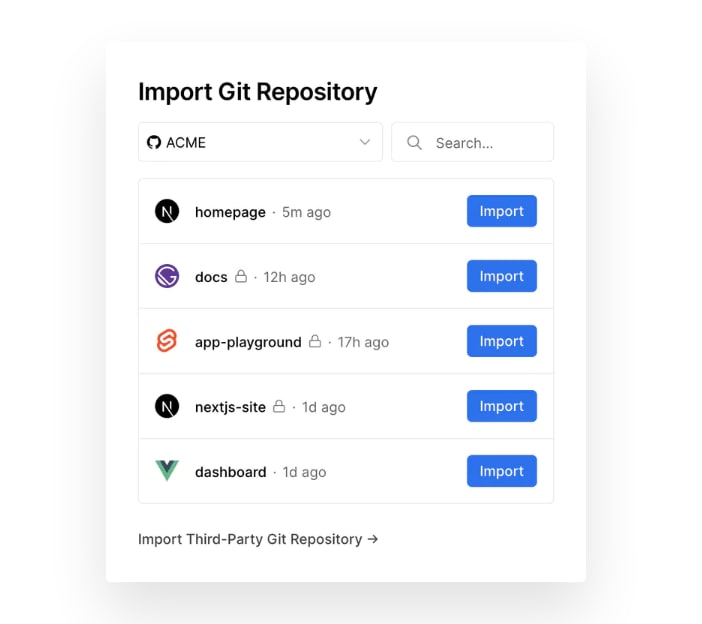 When setting up the repository, we need to select the Other option in Frameworks to deploy a backend server. You can also configure Environment variables at this stage. 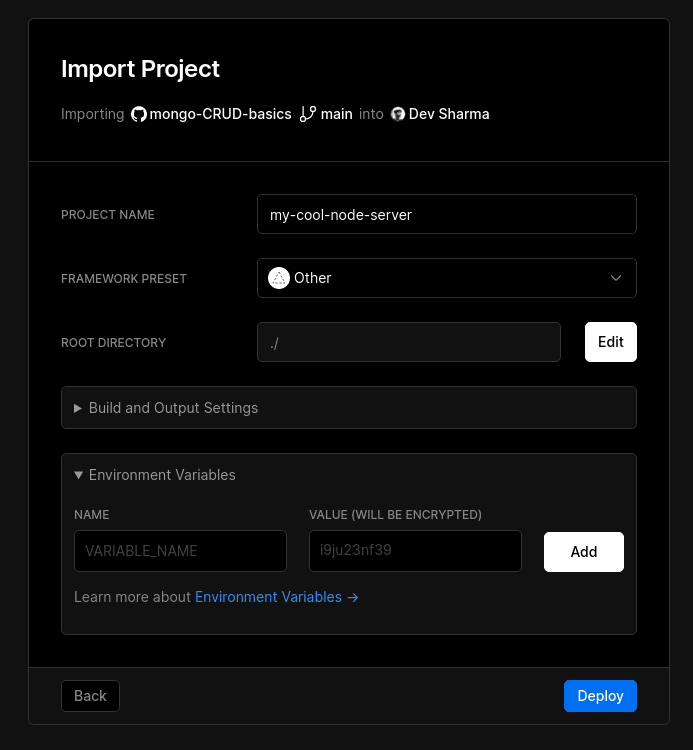 And that's it you have deployed your server blazing fast 🚀.

If you are a developer enjoying Vercel to deploy your front-end applications, you will definitely love Vercel for hosting your backend node applications.

What's your go-to way for deploying a node server? 🙌🏻

Source repo: mongo-CRUD-basics
Deployed app: https://mongoose-crud.vercel.app/
Feel free to reach out to me on Twitter and connect with me on LinkedIn

What are DORA Metrics?

Can you compare GraphQL and tRPC?

Once suspended, cryptus_neoxys will not be able to comment or publish posts until their suspension is removed.

Once unsuspended, cryptus_neoxys will be able to comment and publish posts again.

Once unpublished, all posts by cryptus_neoxys will become hidden and only accessible to themselves.

If cryptus_neoxys is not suspended, they can still re-publish their posts from their dashboard.

Once unpublished, this post will become invisible to the public and only accessible to Dev Sharma.

Thanks for keeping DEV Community 👩‍💻👨‍💻 safe. Here is what you can do to flag cryptus_neoxys:

Unflagging cryptus_neoxys will restore default visibility to their posts.