In JavaScript, variable declarations are done using keywords such as var, let & const. var has been around since the beginning of the javascript, while let and const were introduced in ES2015 also called ES6 which was an update to the javascript language that included many new features. let & const have a big advantage when it comes to block level scope.

Variable declaration using var keyword is done similar to how we declare variables in other programming languages. Also, once declared the variables can be reassigned to some other value if required. 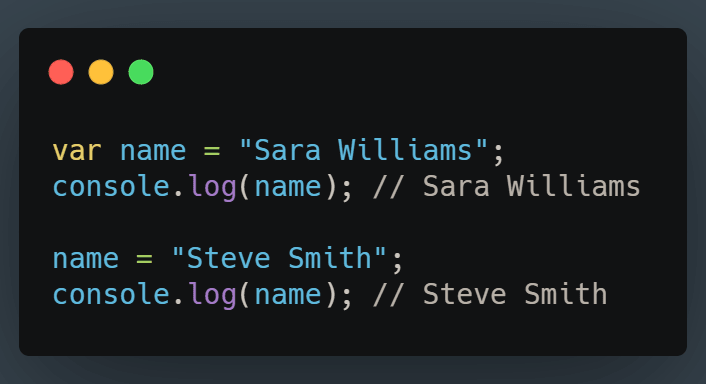 let works very similar to var, infact it is identical on the global scope, but let have certain advantages when it comes to block level scoping which we'll be seeing in the later sections. We can reassign a variable in let similar to what we have done in var above. 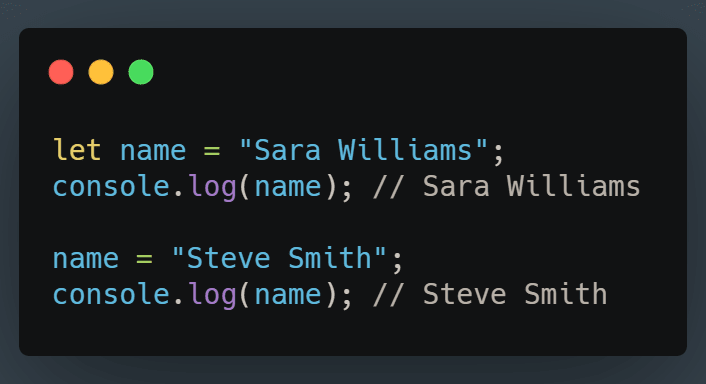 Variables declared using const keyword are immutable. const works differently as compared to var & let. const stands for constant hence it cannot be changed, once a value is assigned during declaration it cannot be reassigned.

But when it comes arrays & objects const works little differently. Look at the below code snippet. 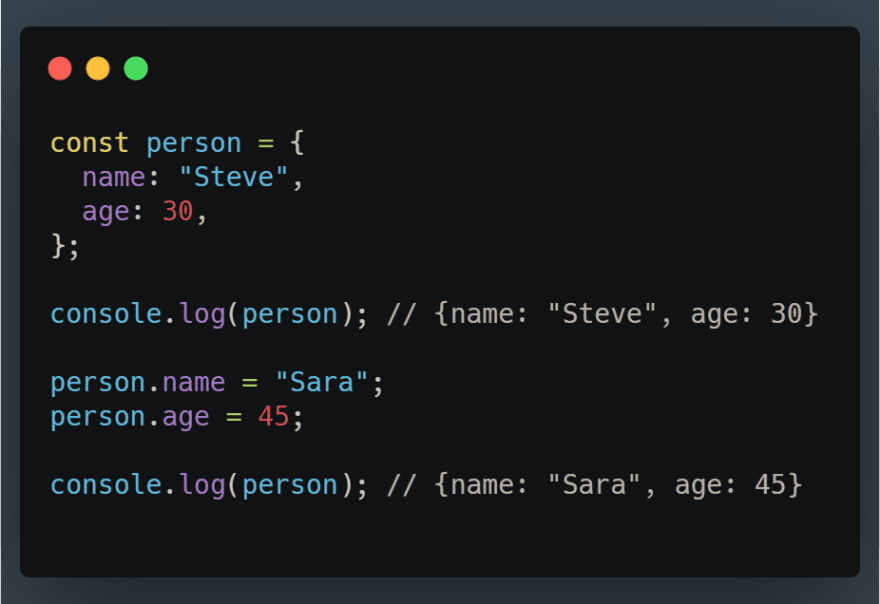 Now you might be thinking that as person is constant object then how come we are able to change its properties. This is possible because const keyword creates immutable bindings i.e. we cannot reassign the variable identifier but we can change the properties of an object i.e. the stuff which is inside an object, but we cannot reassign person completely to an entire new object.

Same goes with arrays. See the code snippet below.

So in the above snippet we are creating a variable numbers using const keyword and assigning it to an array. But, later we are inserting a new value into an array & we can do that as we are just inserting a value to an already assigned array. But we cannot reassign a completely new array, if done it will throw an error which you can see in the snippet above.

Now, we have explored all the variable declaration keywords. So it completely depends on developer which keyword to use. But the modern javascript i.e. In ES6, it is generally advised to use let instead of var as there are lot of disadvantages based on its scope level which we'll look now.

Variables declared using var keyword in JavaScript are functioned scoped i.e. their scope is limited within a function in which it has been declared. Hence, they cannot be accessed outside the function.
See the code snippet below. 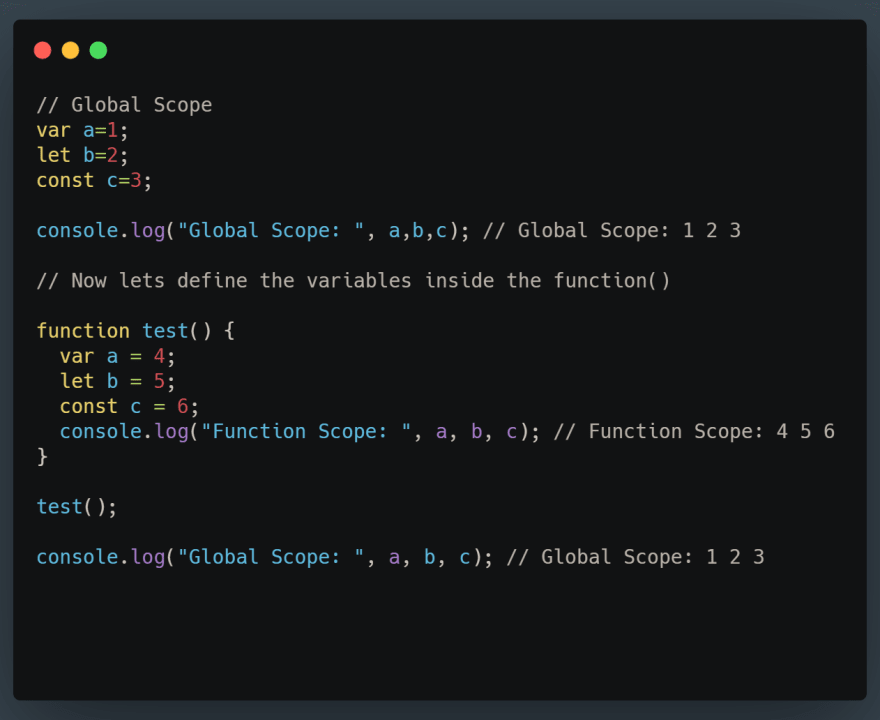 So, we can see above that variables declared using keyword var inside the function test() are accessible only within that function, if used outside the function then its globally assigned values are being accessed.

Variables declared using let & const keywords in JavaScript are block scoped i.e. their scope is limited within a block in which it has been declared. Hence, they cannot be accessed outside the block. Here, block means an if statement, a loop or anything that's wrapped in a curly braces {}.
See the code snippet below. 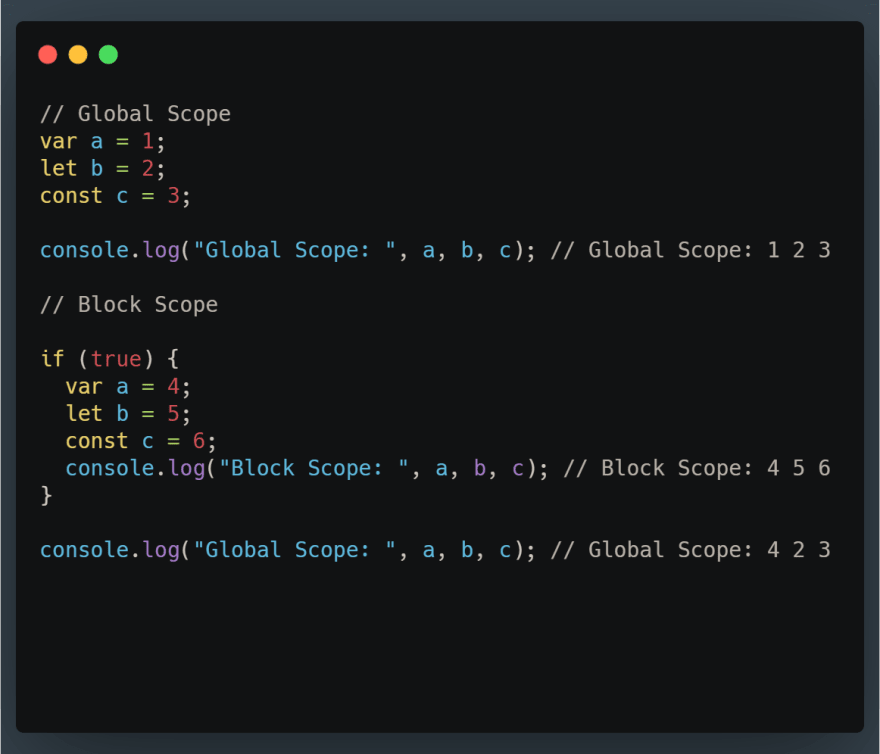 But variables b & c which are declared using keywords let & const are still 2 & 3 (see at the very bottom of the code) even though inside the block scope we have set them to 5 & 6. This is because that's what we initially set them to.

So the way let & const works is how most programming languages work, but var is kind of weird due to which let & const were introduced in ES6.

So to sum up

Every developer should write. Here's how to get started [Atomic Dev Tips]

🍿 Keeping Up With the JavaScripts