The switch has two parts:

We will start writing code for the base and the knob separately.

The base is nothing but the background of the switch which is in a rounded rectangle shape.

The knob is the circular button inside the base that we use to toggle the state of the switch. 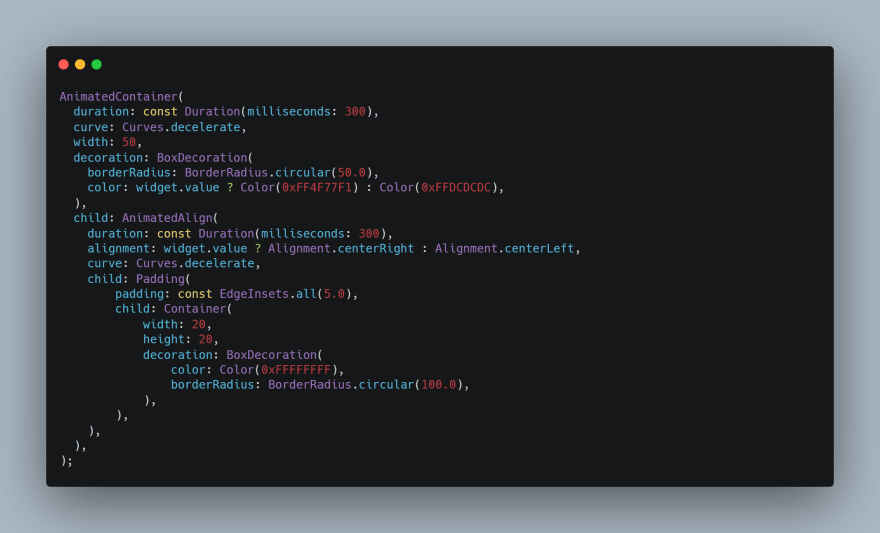 The final output looks as follows:

Take a look at the below Gist to view the full code with functionality:

Well, that’s everything! It’s a short and sweet tutorial but I hope you found it helpful.

Once suspended, ganeshkumarm1 will not be able to comment or publish posts until their suspension is removed.

Once unsuspended, ganeshkumarm1 will be able to comment and publish posts again.

Once unpublished, all posts by ganeshkumarm1 will become hidden and only accessible to themselves.

If ganeshkumarm1 is not suspended, they can still re-publish their posts from their dashboard.

Once unpublished, this post will become invisible to the public and only accessible to GaNeShKuMaRm.

Thanks for keeping DEV Community 👩‍💻👨‍💻 safe. Here is what you can do to flag ganeshkumarm1:

Unflagging ganeshkumarm1 will restore default visibility to their posts.