Consider a scenario where you develop a Nodejs Application with MongoDB as a database. your application stores the data in MongoDB and everything goes well.

After some point of time, you want to automate the process of deployment. so, everytime Pull request is merged into master branch. you want to create a new docker container to serve your application.

One of the main challenges that you face here is, everytime you delete an existing container. your mongodb data will also be deleted. it will be a problem while using a docker.

To overcome this problem, we need to use Docker Volumes. Let's learn everything about docker volumes in this guide.

What is Docker volume

Docker volume is a persistent data storage mechanism to store the data in docker. before volumes, docker uses bind mounts to store data in the container. bind mounts are dependent on the directory structure of host machine.

Let's look at this in detail to understand it further. As you know, docker runs a isolated containers with separate process that shares the file system and hardware from the host machine . Whenever you create a container, it mounts a directory with the container to run our application. 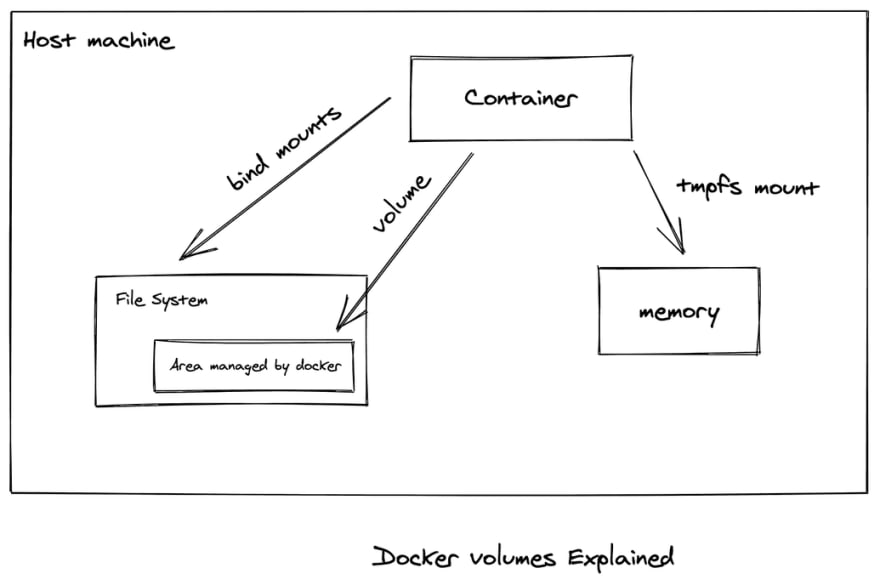 To solve this, we use docker volumes, one of the main differences are docker manages volume directly. In that way, even if you delete the container. data will be persistent.

Getting started with docker volume

To create a volume in docker, use the command,

Note: warning will not occur for your docker configuration.

Once you create a volume, you can list all the docker volume using the command,

To remove a volume from docker, you can use the follow command,

you can also remove all unused volume from docker using the command,

Let's take an example to learn about docker volumes. here, we will take a two nodejs application which shares a same docker volume. both will contains API to write and read a file. let's see if docker volume can be shared between two container.

At the end of this guide, i have a real world example as an exercise for you. so, stay tuned 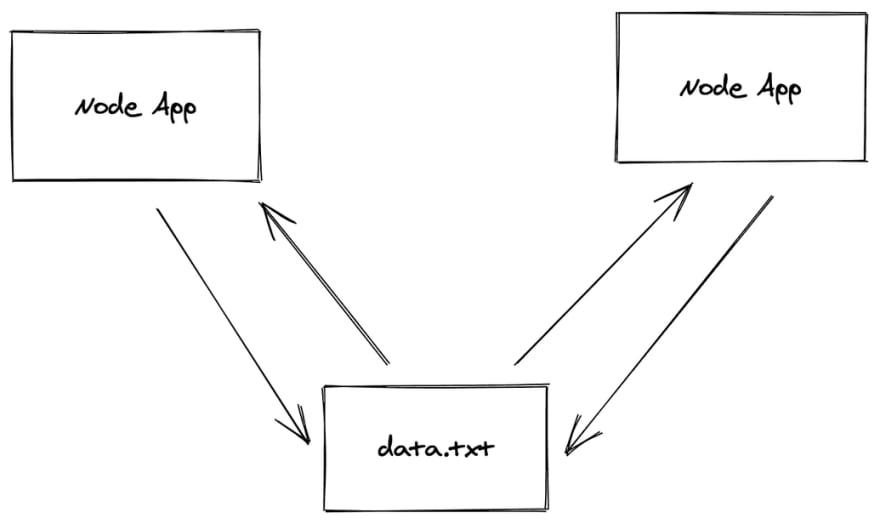 let's build this application and use docker volume to store the data. create a application with npm init and add app.js

Here, we add two API's add and data where add writes the request data to file. and data GET API returns the data.

let's create a Dockerfile for our application.

If you're beginner to docker world, i recommend you to checkout this article

After that, you need to build docker image for our application to run it in container.

once you build docker image for our app. you need to run it in the container. here's where you need to mount docket volume for your application container.

To mount a docker volume with container, you need to add the --mount flag in docker run command.

For the above application, you need to specified it as,

it will mount the volume with specified container path. now, anything you write and read will be from the docker volume.

Let's create an another application which shares the same docker volume to check whether it is working. you can use the same setup by changing the port in the application and docker container.

docker run command will be

Now, that we have a two application running with shared docker volume. let's try to write a file and see if it gets reflected in the another application.

Alright. our applications works the way we expected. now, it's time to do our exercise with a real world example.

Here's the task that you need to do,

i recommend you to try this real world scenario to get hands-on experience on the docker volumes. having a knowledge on docker as a web developer become vital in the current software development world. Happy coding :-)

Want to stand out from the Crowd?

Don't get stuck in the tutorial loop. Learn React.js and Nodejs by practicing real world scenarios and get a job like a boss. Subscribe and get the real world problem scenarios in your inbox for free

No spam, ever. Unsubscribe anytime.