I signed up for Treehouse a few months ago after I saw that they offered a UX Track as a part of their basic membership. As an aspiring UX Engineer, I realized one of the main things I lack is formal knowledge on the UX design process. I’m currently a self-directed Front End Engineer who builds UIs from the ground up with a decent background in marketing. I know a thing or two about A/B testing and reducing user pain points. My main goal was to close some of the gaps in design and how it plays into my day-to-day profession.

This was a self-directed series of small video courses that went over all things UX design in the form of designing, understanding information architecture, design patterns, and how to gain useful user feedback. There were small quizzes throughout each course, but no huge assignments to turn in. Here are my top three takeaways: 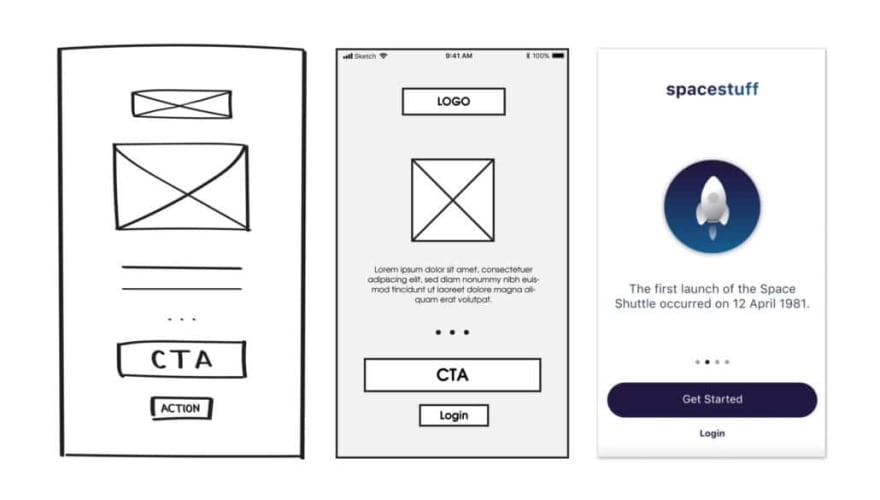 This may sound obvious, but whenever possible, don’t skip the low fidelity wireframe stage of designing UIs and apps. I have been in time crunch scenarios where it seemed to be the best idea to get the highest level of fidelity (if not a functioning inVision prototype) out to my project manager before even asking a question outside of the ticket/user story. The problem with starting with a near-finished design is that your team members and other stakeholders can easily get distracted (and ultimately hung up) on small design features; this can cause you to need to start over from the beginning. One tip I learned was to avoid using color in your wireframes. After all, colors can cause emotional responses.

By starting with the general concept of the layout and how everything will work with the rest of your information architecture, you’re more likely to get actual feedback that will leave you with a next step instead of starting over from square one.

Focusing on social studies and marketing in college gave me a pretty solid foundation on qualitative and quantitative studies as well as creating and analyzing user feedback in the form of surveys and guided interviews. This track featured a course that was especially helpful on how to craft a process for gaining user feedback on prototypes from early stages as well as ways to analyze trends found in production. Perhaps the most interesting takeaway for me was learning about Guerilla Usability Testing—which is a technique that includes doing a full out usability test out in the open, like a coffee shop setting. The idea that getting feedback doesn’t have to be super formal when not strictly results captured from analytics was an insight I’ll be sure to take away in the future.

Survey crafting is something almost everyone will encounter at some point. I’ll admit, beyond general intuition, I sometimes miss the mark on what collective groups of people need in their lives. Surveys are a great way of receiving feedback from groups of people and can often get you great demographic information paired with helpful information on your product. Having a course to brush up on how to effectively mix closed and open-ended questions was great to understand how to get wider swaths of feedback other than simply organizing a usability test group.

This should really be a feedback is critical at every stage of a decision process headline, but we’re talking design here. Often times projects start out with big, high-level ideas. It’s no surprise that one person’s (or a team’s) illustration on those ideas need massaging from all parties to actualize a business idea that fits the user’s needs. Getting feedback at each step will minimize big surprises that lead to poorly delivered feedback and huge design overhauls.

Overall, I found this track easy to consume and useful to my career goals. Without a doubt, my most eye-opening takeaway was how many basic steps I was previously skipping by assuming something was obvious. This UX Track was a great option for me to learn more about UX Design without signing up for an actual degree program or boot camp as I don’t particularly have the time available during traditional class hours. If you’re a design novice looking for a self-guided online set of courses, this track may be right for you!

Once suspended, johannarlee will not be able to comment or publish posts until their suspension is removed.

Once unsuspended, johannarlee will be able to comment and publish posts again.

Once unpublished, all posts by johannarlee will become hidden and only accessible to themselves.

If johannarlee is not suspended, they can still re-publish their posts from their dashboard.

Once unpublished, this post will become invisible to the public and only accessible to johanna.

Thanks for keeping DEV Community 👩‍💻👨‍💻 safe. Here is what you can do to flag johannarlee:

Unflagging johannarlee will restore default visibility to their posts.