Rate limiting can protect and improve the availability of your API-based services. If you’re talking to an API and receive the HTTP 429 Too Many Requests response status code, you’ve been rate limited. That means you’ve exceeded the number of requests allowed within a given period of time.

Slow your roll and wait a bit, before trying again.

When you’re thinking about limiting your own API-based service, you need to balance tradeoffs between user experience, security, and performance. 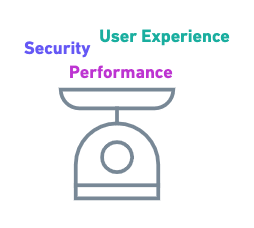 The most common reason to control the flow of data is to maintain availability for your API-based services. But there’s security benefits too. A single unintentional, or intentional, surge in inbound traffic can tie up valuable resources and impact the availability for other users.

By controlling the rate of incoming requests, you can:

How can you implement rate limiting?

Rate limiting can be implemented at the client-level, application-level, infrastructure-level, or anywhere in between.

There’s a few ways to control inbound traffic to your API service.

You can use any one, or combination of, these types of rate limiting.

No matter how you choose to implement it, the goal of rate limiting is to establish a checkpoint to either reject or pass through requests to access your resources. Many programming languages and frameworks have inbuilt capabilities or middleware to do this. There’s also options for various rate limiting algorithms.

This is one way to make your own rate limiter with Node and Redis.

💻 Check out the code sample on GitHub.

Before you begin, make sure you have Node and Redis installed on your machine.

Set up a new Node app from the command line. Walk through the CLI prompts, or add the --yes flag to accept the default options.

Create a file called index.js for your entry point if you accepted the default option during the project setup.

Install the Express web framework, and initialize the server in index.js.

Start the server from the command line.

Back in index.js, create a route to first check the rate limit, and then allow access to resources if the user is not over the limit.

In the next step, we’ll define the rate limiter function isOverLimit().

The rate limiting algorithm shown below is an example of a sliding window counter. A user who submits a modest number of calls, or spaces them out over time, never reaches a rate limit. A user who exceeds the maximum requests within a 10-second window must wait for enough time to pass to resume their requests.

Install a Redis client for Node called ioredis from the command line.

Then require and initialize the Redis client in index.js.

Define the isOverLimit() function that we started writing in the previous step, by following this pattern from Redis to keep a counter by IP.

And that’s our rate limiter.

When a user makes a call to the API, we check Redis to see if the user is over the limit. If they are, the API immediately returns the HTTP 429 status code with the message Too many requests — try again later. If the user is within the limit, we proceed to the next code block where we can allow access to protected resources like a database.

During the rate limit check, we find the user’s record in Redis and increment the count of their requests. If there’s no record of the user in Redis, then we create a new record. And lastly, each record will expire within 10 seconds of the latest activity.

In the next step, let’s make sure our rate limiter is working correctly.

Save your changes, and restart the server. We’ll use Postman to send POST requests to our API server running locally at http://localhost:3000.

This was a simple example of rate limiter with Node and Redis.

This is just the start. There’s a bunch of strategies and tools available to structure and implement your rate limits. And there’s other enhancements to explore with this example, like:

And remember, when you’re exploring API limits, you’re balancing tradeoffs between performance, security, and user experience. Your ideal solution for rate limiting will change over time along with these considerations.

Once suspended, loopdelicious will not be able to comment or publish posts until their suspension is removed.

Once unsuspended, loopdelicious will be able to comment and publish posts again.

Once unpublished, all posts by loopdelicious will become hidden and only accessible to themselves.

If loopdelicious is not suspended, they can still re-publish their posts from their dashboard.

Once unpublished, this post will become invisible to the public and only accessible to Joyce Lin.

Thanks for keeping DEV Community 👩‍💻👨‍💻 safe. Here is what you can do to flag loopdelicious:

Unflagging loopdelicious will restore default visibility to their posts.