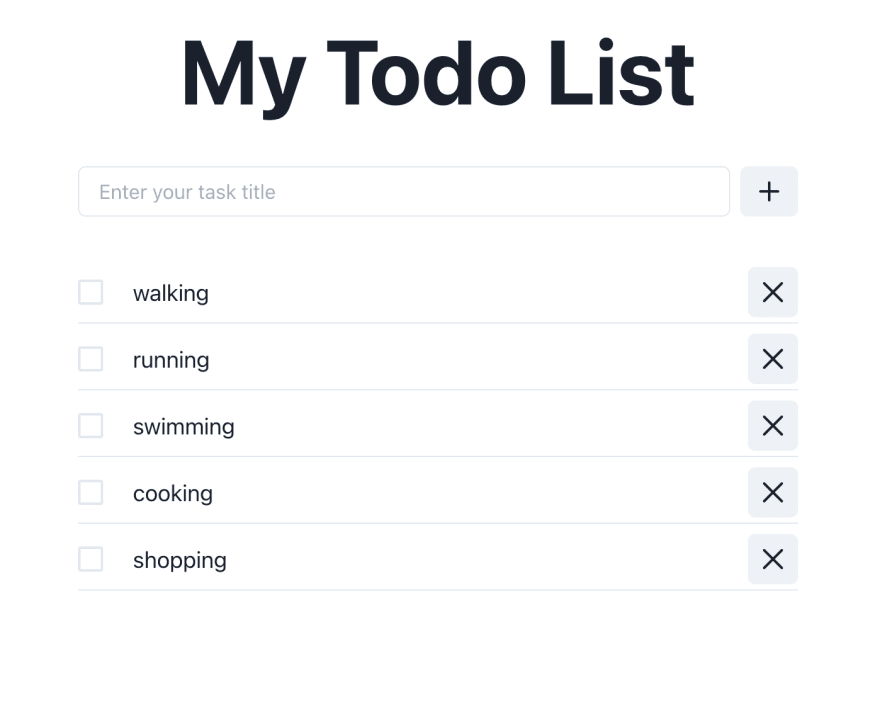 As the title says, I tried to create a TODO list with FastAPI.

Originally, I heard that FastAPI's automatic document generation feature is good, and I was interested in it.

I didn't really need it because I just wanted to try out FastAPI, but I made a front-end for it as well.
I think it's more exciting to have a front-end as well.

※(2022/01/06)I added user register and login function to the backend, but the frontend did not follow those new functions, so the frontend barely works now 😢

If you start the server and go to /docs, you can access the API documentation.
You can see a list of request and response formats for each resource, and by clicking the "Try it out" button, you can actually execute the request.

The generation of this document itself is done by simply describing the API routing in a formatted manner.

For example, in the above code, the type of the response body is set by setting response_model=List[task_schema.TaskResponse].

task_schema.TaskResponse is a class that inherits from Pydantic's BaseModel and sets python type hints in its member variables.
It also allows you to add validation and parameter descriptions to an instance called Filed, which will be reflected in the documentation.

If you set orm_mode = True, the ORM (SQLAlchemy in this case) model object will be converted to Pydantic response object.
If you do not set it, you will get a validation error. 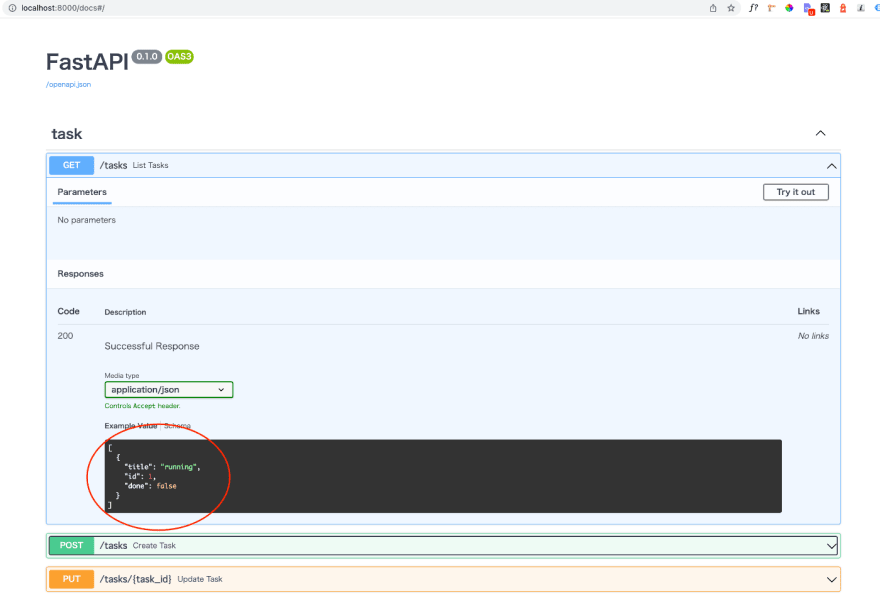 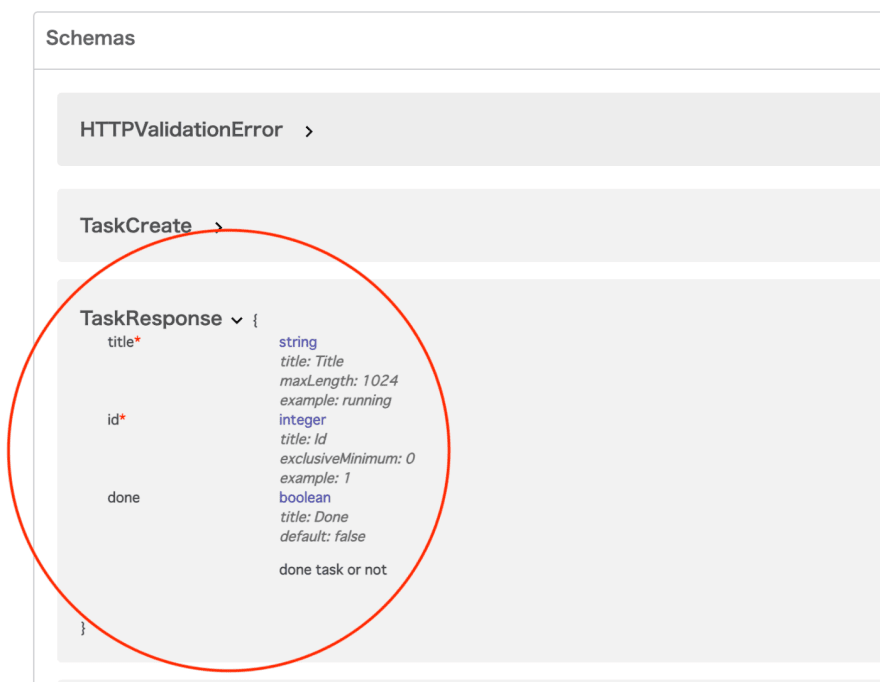 It was the first time for me to create an API in Python, but I was pleasantly surprised at how intuitive it was to write, how detailed validation could be set by simply passing values as keyword arguments, and how the documentation was automatically generated.

I tried to use SQLAlchemy as an ORM this time, but at first I didn't know what to read in the official documentation...

To begin with, are there two types of SQLAlchemy ORM and SQL Alchemy Core, and does the latter write down SQL directly?

However, once I realized that there are ORM and Core, 1.4 style and 2.0 style, and that I can write 2.0 style queries by setting future=True in 1.4, I knew where to look in the documentation. I also understood that engine is a setting passed to the DB, and session is a setting that holds the engine setting.

About driver for async process, it seems that aiomysql has stopped being updated and asyncmy is recommended. 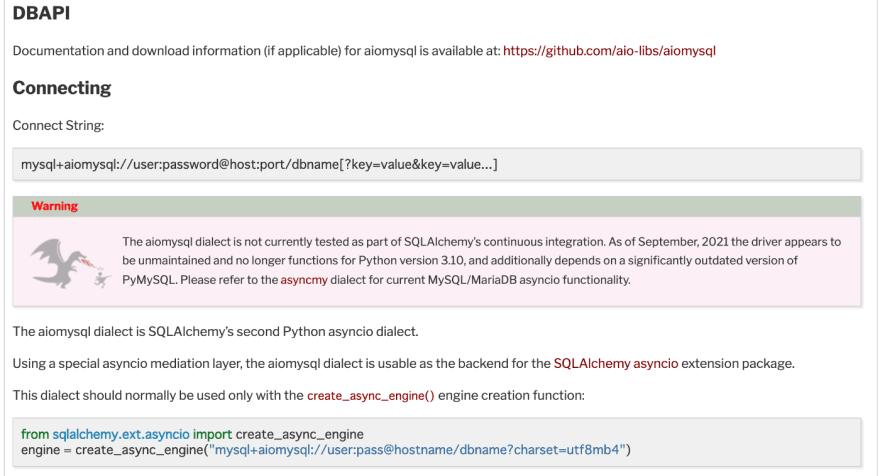 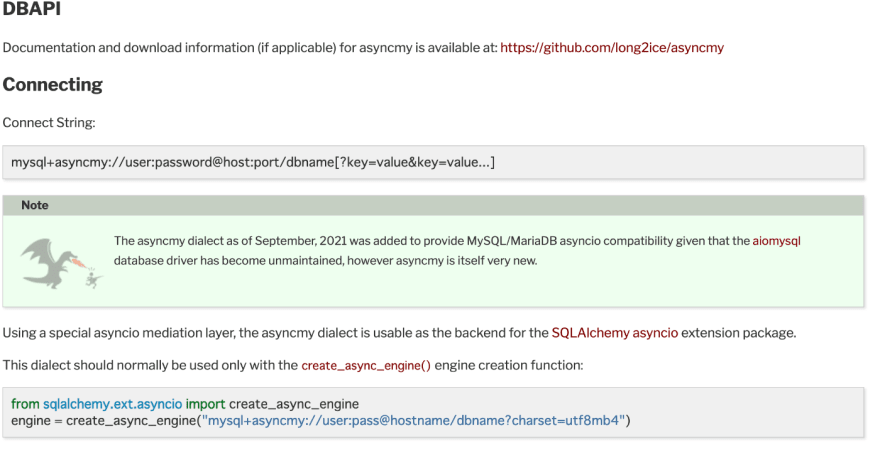 (At the bottom of the top page for each version, there is Dialect Documentation, which describes the settings and drivers for each DB.)

I used the package manager Poery and a formatter called black.

Since the default package manager in tox, a test management tool, is the standard python pip, I set the install_command to install the dependent libraries for each test environment using poetry, as shown below.

I like black because it needs no settings.
(max-line-length: 88 is too short?)

Although it is not related to the Python development tools above, I used a Docker container for the test environment DB.

(It's almost the same as the DB container for development, except that it's not persisted in volume.)

By the way, about frontend(Vite, Chakra UI)

I used a setup tool called Vite because I heard it was faster and better than create-react-app. I do think it was faster until the template was created.

I heard that you can write CSS like Tailwind, and I was curious about it, so I gave it a try.
Like the following gridGap and py(padding-top,bottom), it seems to be possible to write all CSS as React props, and I personally like it because it seems to be intuitive and I don't have to worry about class names like Tailwind CSS.
I also found VStack HStack for creating horizontal and vertical flex containers useful.

Topological sort and why you're getting cyclic dependency errors

Understanding and Implementing State Management in React: A Beginner's Guide

Once suspended, momonoki1990 will not be able to comment or publish posts until their suspension is removed.

Once unsuspended, momonoki1990 will be able to comment and publish posts again.

Once unpublished, all posts by momonoki1990 will become hidden and only accessible to themselves.

If momonoki1990 is not suspended, they can still re-publish their posts from their dashboard.

Once unpublished, this post will become invisible to the public and only accessible to Naoya Kumasegawa.

Thanks for keeping DEV Community 👩‍💻👨‍💻 safe. Here is what you can do to flag momonoki1990:

Unflagging momonoki1990 will restore default visibility to their posts.