First and most importantly this project progressed enough that it now needs a catchy, searchable name. I have a couple candidates that are fine though they don't feel right. There are Latin words pyrope which is a kind of red or rust colored gem though inferior to a ruby gem; and punicus which sounds better though it has multiple meanings. Along with the color bright red it may also relate to old Carthage and the Roman bloodlust for Carthaginian genocide which isn't what I want to evoke.

I've made a tremendous amount of progress in a few days it's hard to talk about where things are at. I'll detail the most interesting thing I came across the past few days, a few quick hits and then where I'm going next.

I'm using the Dear ImGUI library for creating the GUI.

(This library is available under a free and permissive license, but needs financial support to sustain its continued improvements. In addition to maintenance and stability there are many desirable features yet to be added. If your company is using dear imgui, please consider reaching out.)

Dear ImGui is a bloat-free graphical user interface library for C++. It outputs optimized vertex buffers that you can render anytime in your 3D-pipeline enabled application. It is fast, portable, renderer agnostic and self-contained (no external dependencies).

Dear ImGui is designed to enable fast iterations and to empower programmers to create content creation tools and visualization / debug tools (as opposed to UI for the average end-user). It favors simplicity and productivity toward this goal, and…

It's a tiny easily embedded interface library written in an orthodox C++, or C+, style. That is, almost entirely functions and structs without any of the C++ nightmares. Im means immediate mode GUI, in contrast to retained mode. The primary difference between the two is what controls the state of the interface. Most people are used to working with something that looks like a retained mode GUI. The user of a retained mode interface notifies an underlying system of changes. When notifying GUI system of changes the GUI library changes internal data structures and rebuilds lists of commands for drawing the interface. Working with the browser DOM is a great example of retained mode style. We tell the browser presentation engine when things change by modifying the DOM elements, not by telling the browser how to render a page directly.

Immediate mode style GUI does away with that state and hands the user of the API complete control of how to draw all the elements. Instead of notifying a system when state changes, with an immediate mode design the GUI code you write is instead executed linear sequence every frame. It's best shown with an example, here from the Dear ImGUI demonstration

Reading this top to bottom you know exactly what's going on. Two points of interest. One, the if() calls around ImGUI functions generally mean 'if this element is visible'. If that element is completely obscured in some way it doesn't execute that code path. Amazingly simple! The other interesting point is Dear ImGUI elements usually take a boolean parameter. This is a reference to an address of memory representing if the element should be displayed or disabled. The interface for creating a new window is ImGui::Begin("Ruby Eval", &ruby_eval_open). The second parameter becomes false when the user closes the window. We can re-open the window whenever we want by setting ruby_eval_open to true.

(This pattern works fantastically in C and comes back to bite us when we're in Ruby land. Discussions for another day)

Setting aside HN style nonsense on the computational efficiency or wastefulness of this pattern, the benefit to this is we have full control over what we want to draw when and the clear simplicity of it.

Back to making the GUI work with Ruby. It's a straightforward process making an mruby class in C in which calling the methods on the class in Ruby execute C code. For now I'm generally mapping the ImGUI functions to a GUI module one to one.

The main program loop is in C. It looks something like this, abbreviated

The important bit here is mrb_load_string. It's essentially an eval into the mruby state. Surrounding the call processes incoming Windows messages, sets up the next frame, then renders the frame. Presently World.render is the entry point for each frame from the Ruby side. World is another simple construction. It maintains a list of all the open windows. When we call World.render it iterates over all of the open windows calling render on each.

When you want to open a window, call World.add_window thing. Closing it is World.remove_window thing. Simple and straight forward.

Implementing a render method is a simple set of ImGUI calls. For example, this is the full Transcript, a global console-like thing where you can print stuff to

This all works fine and I was reasonably satisfied with it so far. Until one time I left the program open for several hours I noticed the program acquired multiple gigabytes of working memory. It usually allocates about 300kb total. Classic memory leak somewhere. Getting to the heart of why is a long saga detailed in this short Github exchange.

Effective ways on running Ruby code from within C without leaking Proc objects? #5001 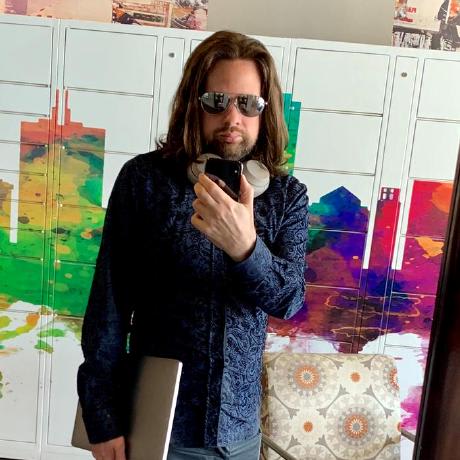 mrb_load_string, related functions and the typical run mruby code from C patterns create an RProc object on every call which is never marked for GC. There's an easy reproduction case with a simple C program

I'm working on embedding mruby in a GUI. The C portion of program sets up all the initial rendering, then passes control to the mruby VM, then renders the frame after the VM finishes. I call the ruby VM exactly once each frame from C with one entry point. My main program loop looks roughly like

And this works wonderfully! The fast C code path does the intensive graphics calculations and rendering, and I have one entry point which kicks off processing the VM every 'tick' with World.render Leaving out a lot of unnecessary surrounding context here to get at the heart of the matter.

After being so happy for a couple days on how easy this was going I left my program overnight, coming back the program taking up multiple gigabytes of memory where it usually only takes a few hundred kb. Tell tale memory leak of some kind. I did a lot of digging within my own C code as that's the most likely answer and came up with nothing.

Looking at the live object count every frame I noticed the live object count never decreases. I started digging in the Ruby code thinking I created object islands and came up with nothing. Finally I changed my loop to do mrb_load_string(mrb, "nil"); and much to my surprise the object count increased linearly infinitely just as before when the mruby VM shouldn't do anything at all!

Digging some more into ObjectSpace while simply calling nil every frame I found that T_PROC objects grow indefinitely. After a few minutes of running

Looking at the definition of mrb_load_string and others related it it's usually the same sequence of function calls: creating a new parser context, parsing the string, generating a proc object, run the code in the vm, free the parser and context. I replicated this replacing mrb_load_string in my loop

And realized there are the infinitely growing Proc objects created. Digging through old issues I had the idea of calling mrb_gc_arena_save/mrb_gc_arena_restore before and after the loop... and this works! The object count stabilizes over time. Hurray, problem solved!

However I'm not completely satisfied. Going back to the old 'principle of least surprise' I found it highly surprising that the typical patterns used in functions like mrb_load_string leak objects.

The short answer is this innocent looking C call

Which it turns out any C function named mrb_load_* creates an RProc object in the current mruby state. However, that RProc is not garbage collected at any point! For reasons I sort understand this document details the situation. However it feels surprising that the mrb_load_* function calls don't automatically protect against that situation.

Going back to the main loop, we call mrb_load_string every frame, yielding to the World object for rendering all the windows. That generates an RProc object in the VM which the garbage collector never collects. We do the at least 60 times a second, so we're leaking 60 RProc objects a second. A basic Ruby object is tiny, 36 bytes or so which is why this behavior was not noticeable.

I think this will take a significant amount of work and I know it will pay off later. Reading through past mruby issues and recommendations by matz the general solution to most of the integration problems is 'push what you're doing into the mruby VM instead of C'.

I didn't think of moving the loop into ruby this way until I saw this demonstration of a madman using mruby for creating a Sega Dreamcast game. This combination of esoteric things, homebrew Dreamcast development and mruby, make me quite happy it exists.

This project aims to provide a simple example of how to use KallistiOS (KOS) API and mruby together. 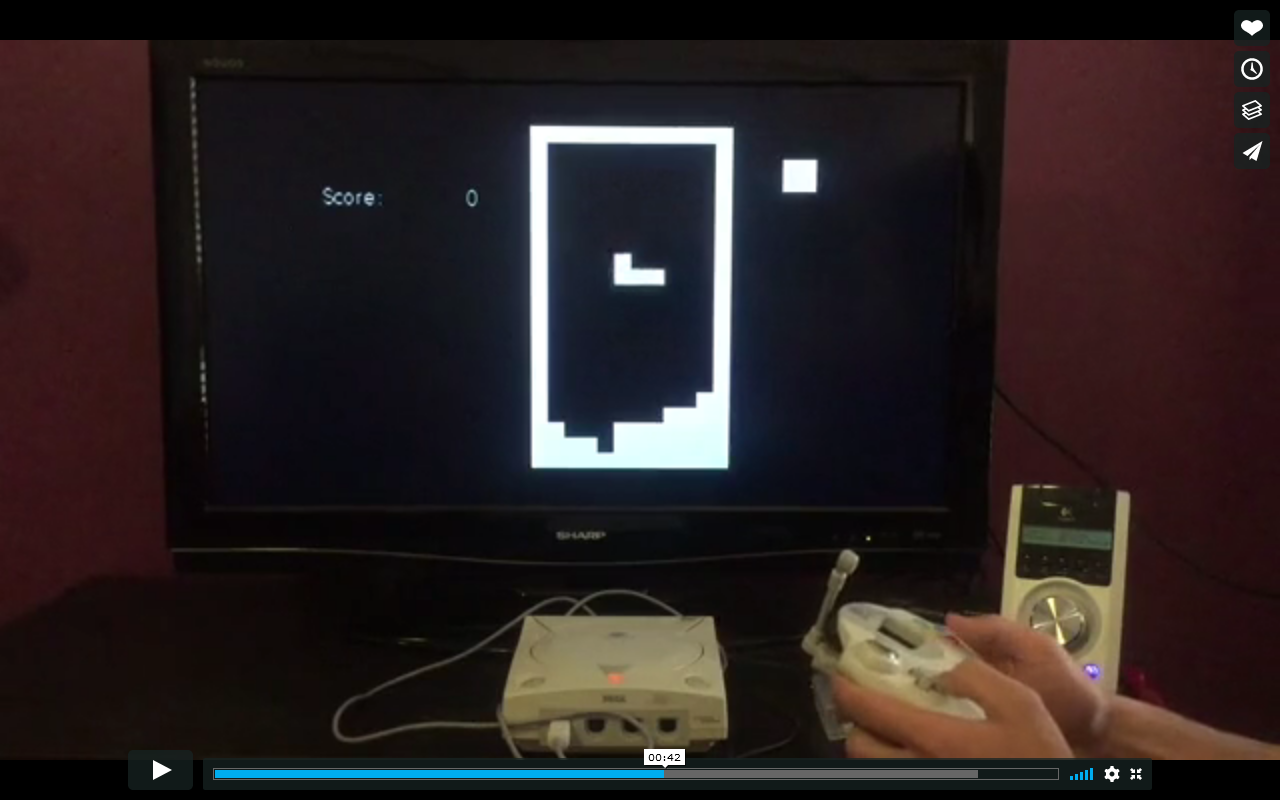 Once suspended, roryo will not be able to comment or publish posts until their suspension is removed.

Once unsuspended, roryo will be able to comment and publish posts again.

Once unpublished, all posts by roryo will become hidden and only accessible to themselves.

If roryo is not suspended, they can still re-publish their posts from their dashboard.

Once unpublished, this post will become invisible to the public and only accessible to Rory O'Connell.

Thanks for keeping DEV Community 👩‍💻👨‍💻 safe. Here is what you can do to flag roryo:

Unflagging roryo will restore default visibility to their posts.