You do not need to write any additional code for authentication, but you do need to create staticwebapp.config.json.

If you have read the documentation, you must have found it difficult to write the configuration file correctly. I was one of those who felt that way.

Let's use JSON Schema to write a configuration file easily.

JSON Schema for staticwebapp.config.json is already shared by a service called Schema Store.

The URL of the actual JSON Schema is as follows.

You can load this JSON Schema into any supported editor or IDE for autocompletion and format validation.

Visual Studio Code has built-in support for JSON Schema, but additional configuration is required to use JSON Schema in certain files.

Open the settings of Visual Studio Code and search for JSON Schema to find the item.

Add the following definition to json.schemas. As you can see from the fact that it is an array, multiple definitions can be added.

As a result, autocomplete using JSON Schema will work in Visual Studio Code.

Since there is no need to manually enter the required properties, the possibility of making a mistake is very low.

Of course, the validation is performed in real time in the editor.

If you are using Visual Studio, the Schema Store catalog file has already been set up.

If it is not set, manually add the URL of the catalog file. 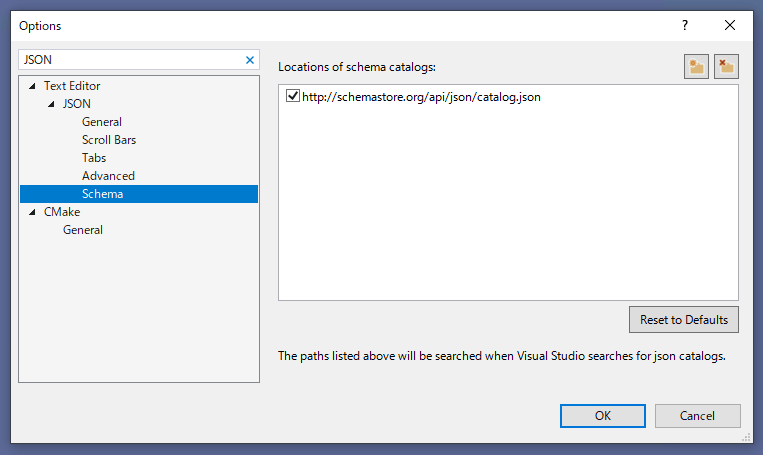 According to the file name, the corresponding JSON Schema will be downloaded and used.

Just open staticwebapp.config.json in Visual Studio and you can use IntelliSense for autocompletion.

By using JSON Schema, you can write complex routing and authentication definitions without making any mistakes.

7️⃣ VSCODE Shortcuts for Developers you should know Thread🧵

How I Passed The Microsoft Azure AI Fundamentals (AI-900)

Once suspended, shibayan will not be able to comment or publish posts until their suspension is removed.

Once unsuspended, shibayan will be able to comment and publish posts again.

Once unpublished, all posts by shibayan will become hidden and only accessible to themselves.

If shibayan is not suspended, they can still re-publish their posts from their dashboard.

Once unpublished, this post will become invisible to the public and only accessible to Tatsuro Shibamura.

Thanks for keeping DEV Community safe. Here is what you can do to flag shibayan:

Unflagging shibayan will restore default visibility to their posts.