I’ll be honest, I’m not a morning person. Jokes have been made about this, coffee meetups are a common occurrence, and I may have gotten my partner and some of my coworkers addicted to coffee… but that’s another story. There’s something about having to do all of the menial morning tasks around the house that makes me want to burrow deeper into the covers. This way I can wake up excited and ready to face the day.

Enter MyMorning.Online, winners of the SparkPost prize from AngelHack Silicon Valley. Lou, Ratu and Jon came together to build an Alexa Skill that solves a piece of this problem. 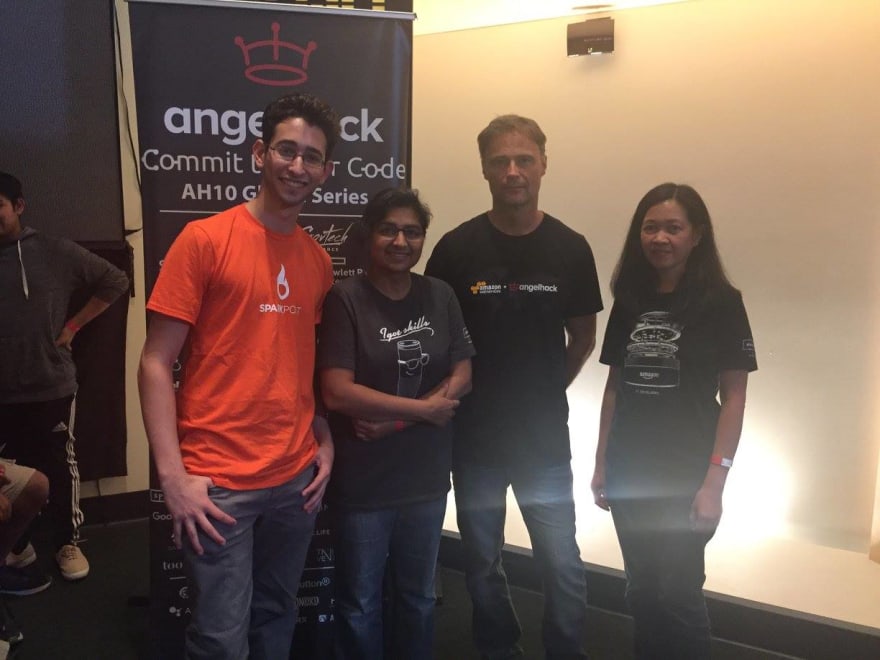 I sat down with Jon, one of the MyMorning.Online team members, to chat about their project after the hackathon.

Who makes up the MyMorning.Online team?

We are a team of 3 developers from different backgrounds. Lou is an Android and Alexa developer, Ratu is an Applications Engineer, and I (Jon) am a Full Stack developer.

We strove to design a hands-free application that would ease people’s busy mornings as they try to get their day started. We tried to combine multiple technologies and integrate them so that they flowed together easily.

Tell me more about the technologies that you chose to integrate with. What are they?

We used Satori to pull in the live streaming cryptocurrency and BART (Bay Area Rapid Transit) data. In order to link Alexa to Satori, we integrated a custom API using IBM’s LoopBack product which grabbed the latest information from a database which was continually updated by the Satori stream. This allowed Alexa’s Lambda flow to act normally as the user queried the system and the API provided the response.

We operated the on/off controller for the coffeemaker via a Wemo Wifi Mini Smart Plug, using IFTTT to trigger the smart plug.

Lastly, we used SparkPost to send an email to the Crypto Club with the current market data. The SparkPost API was straightforward and fit in easily and quickly. Our MyMorning.Online project was able to quickly set the sender domains and email distribution lists and then call the SparkPost API with the appropriate JSON data parameters. It worked the very first time we tested it! We wanted to enhance the email by including some CSS-driven interactivity and consulted with Avi on how to get that feature implemented, but we ran out of time, so that will happen in Phase 2. 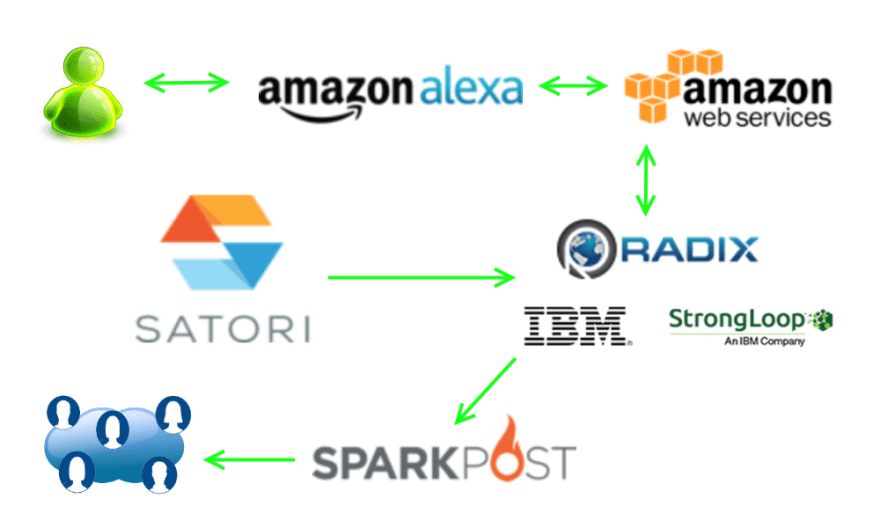 What challenges did you run into while building the Alexa skill?

The first of the challenges revolved around the integration of Alexa and Satori. One of Satori’s strengths as a streamer product is that it accommodates applications that need push notifications. But the off-the-shelf Alexa Lambda platform doesn’t lend itself to allow push notifications, at least from our initial research. We think it may be able to be done with a custom AWS client server setup, but that would require more time to build out.

The second challenge was with the Wemo WiFi Mini Smart Plug. We used IFTTT to trigger the smart plug, and although the IFTTT command was consistently sent out, the Wemo product didn’t always turn on. These randomly occurring issues are always difficult to troubleshoot and every developer has had to deal with them at some point. In addition, the plug wouldn’t connect to the WiFi in one of the two buildings used in the AngelHack event, so that also generated a few concerns. We kept our fingers crossed during our presentation because we didn’t have enough time to identify the cause of these issues before the final presentation, and luckily, everything worked just fine!

Alexa, Tell Me Who the Winner Is

We loved the creativity of the MyMorning.Online team. They tackled a lot of integrations and used so many different APIs to bring everything together. Using SparkPost to send out a daily update to their Crypto Club was just icing on the cake!

What projects have you been playing around with? We’d love to hear how you’ve integrated SparkPost, and feature you on the blog. Leave a comment below or reach out to us in Community Slack. We always want to hear what awesome thing you’re building.

Find Out How to Use the Free Geolocation API