Hello, buddies! I recently discovered the power of cheat sheets and thought of making a cheat sheet for C++, which has a myth as "too hard."😞 Any language, even Python can be hard of you didn't try.

C++, an extension of C—which we said was an easy language to learn —is a general-purpose programming language. Google Chromium browser, several Microsoft applications, and even financial modeling at Morgan Stanley are said to be done with C++.

If you say it is hard, it is only for 3 reasons.

Okay, these are just to note for a while. Now forget all about the things, take a deep breathe and start! This won't be boring, I will share games with you, so you can relax! 😊

C++ is a general-purpose programming language that was developed as an enhancement of the C language to include object-oriented paradigm. It is an imperative and a compiled language.

C++ is a middle-level language rendering it the advantage of programming low-level (drivers, kernels) and even higher-level applications (games, GUI, desktop apps etc.). The basic syntax and code structure of both C and C++ are the same.

How C++ is Used?
C++ is used for all kinds of applications from computer games to OS and compilers. This programming language adds onto C Programming language and includes modern programming
C++ is so compatible with C that it can compile more than 99% of the C programs without changing even a single source code
Anything that computers can physically perform from manipulating numbers to text can be programmed using C++.

Let's break up the code to understand it better:

Don't worry about these. Just think of it as something that (almost) always appears in your program. 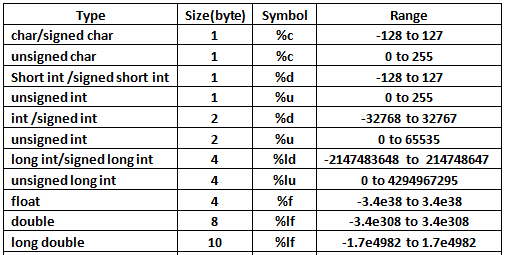 In C++, there are different types of variables (defined with different keywords), for example:

A variable in C++ must be a specified data type

We have already learnt about cout which is used for Show Output. So for take user input, we use opposite side, cin, it means "See In". See out and See In, It's easy! Let's take an example.

To use strings, you must import <string> library.

To find the length of the string, we can use length() function. (size() function is also used for the same thing.)

In C++, we use the if statement to specify a block of C++ code to be executed if a condition is true.

The else statement is to specify a block of code to be executed if the condition is false.

Use the else if statement to specify a new condition if the first condition is false.

Loops can execute a block of code as long as a specified condition is reached. Loops are handy because they save time, reduce errors, and they make code more readable.

The while loop loops through a block of code as long as a specified condition is true: 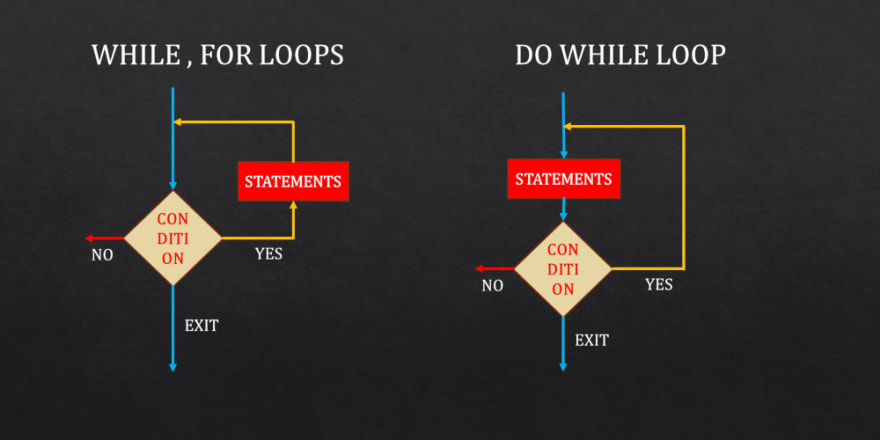 It means, While you're reading this, your knowledge improves (+1) Hope you got it.

When you know exactly how many times you want to loop through a block of code, use the for loop instead of a while loop. Think you get $50 for hour if you work till 12.30pm and you always working till 12.30pm. You are sure about it. So you have to use a for loop to estimate your payment.

The break statement can also be used to jump out of a loop.

And the continue statement breaks one iteration (in the loop), if a specified condition occurs, and continues with the next iteration in the loop.

This example skips the value of 4:

Arrays are used to store multiple values in a single variable, instead of declaring separate variables for each value.

To declare an array, define the variable type, specify the name of the array followed by square brackets and specify the number of elements it should store:

We have now declared a variable that holds an array of four strings. To insert values to it, we can use an array literal - place the values in a comma-separated list, inside curly braces:

You access an array element by referring to the index number.
Note - Array indexes start with 0; [0] is the first element. [1] is the second element, etc.

To change an element in an array,

Last Part! You're a awesome learner!

C++ provides some pre-defined functions, such as main(), which is used to execute code. But you can also create your own functions to perform certain actions.

To create (often referred to as declare) a function, specify the name of the function, followed by parentheses ():

Declared functions are not executed immediately. They are "saved for later use", and will be executed later, when they are called.

To call a function, write the function's name followed by two parentheses () and a semicolon;

In the following example, buddyFunction() is used to print a text (the action), when it is called:

So buddies, this is the end and hope you learnt something. Did I miss something that must be included? Please let me know in comments!

And, Thanks for reading this long cheat sheet and Happy Coding!