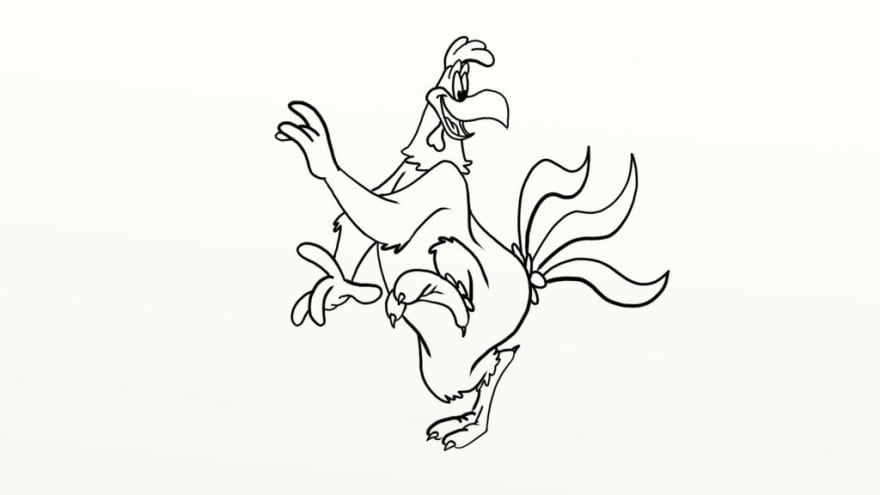 No, not him. You see, in the beginning, there was the CHICKEN. And the Felix said, “Let there be eggs!” — — and there were eggs.

CHICKEN is a variant of the programming language Scheme. Yes, the one with lots of silly parentheses. No, not that one, that’s Lisp —  L ost i n S tupid P arentheses. Scheme is even more alien and, believe it or not, even less usable. Or is it?

If you visit the CHICKEN web site you’ll learn that it strives to be simple, portable, extensible, well documented and actively supported. Hmm, let’s see:

The editor. Ah, Emacs, the cause and the solution to all life’s problems. Yes, Emacs is still the best choice for the paren language family. You can compromise and use VS Code, Eclipse, JEdit or a number of text editors that support syntax highlighting for Scheme. A bit of a minus — not that there is much syntax anyway.

CHICKEN comes with several executables: ‘csi’ is the CHICKEN Scheme interpreter which starts the REPL a loop that all Lispers love but few can explain why. ‘csc’ is the CHICKEN Scheme compiler — it produces native executables. Yes, you can use CHICKEN to make standalone executable programs. THIS IS BIG. ‘chicken-install’ — you can use that one to install external CHICKEN libraries (they are called “Eggs” of course). ‘chicken-install’ pulls the eggs’ source code from the CHICKEN’s central repository, compiles it and makes it available for you to use. This work great most of the time, except some eggs have external dependencies (the SDL graphics library for instance) that you have to install yourself before installing the eggs in question. Also note that ‘csc’ chashes with ‘csc’ the C Sharp compiler so there is a possibility that ‘csi’ and ‘csc’ are called ‘chicken-csi’ and ‘chicken-csc’, so there’s that.

All in all CHICKEN is simple enough as long as you put in some work — just about as any other programming environment I guess.

Need a GUI? CHICKEN’s got you (almost) covered. The favorite CHICKEN GUI library seems to be IUP (made by the Lua guys) but I haven’t been able to install it on my Linux due to the dependencies I mentioned earlier. On Windows, CHICKEN did come pre-packaged with IUP in its previous release (4). On the other hand the Tk (Tkinter, Python, hello!) bindings work very well and if you find that too limiting you can always use the Java Swing (and probably JavaFx but I haven’t gotten around to trying that one).

Want to do some Web dev? That’s awful. Haven’t done more than the Hello World with Awful, but it’s there and it works.

Graphics programming? No problem! Databases? Still no problem! Networking?… you get the idea — heck, just look at the list for yourself — it’s impressive.

Well, CHICKEN is extensible and extended. Just have in mind it’s a small community that builds libraries for their own needs — that one thing you are looking for might just be the one that’s missing.

A getting started guide

All in all CHICKEN is highly recommended. Just look at the little fella: 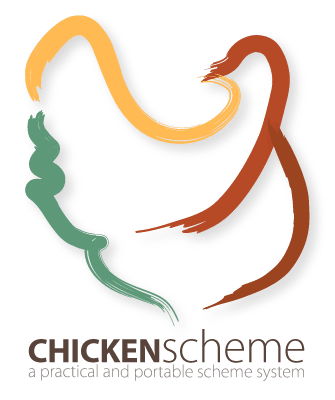 Once suspended, vicentemaldonado will not be able to comment or publish posts until their suspension is removed.

Once unsuspended, vicentemaldonado will be able to comment and publish posts again.

Once unpublished, all posts by vicentemaldonado will become hidden and only accessible to themselves.

If vicentemaldonado is not suspended, they can still re-publish their posts from their dashboard.

Once unpublished, this post will become invisible to the public and only accessible to Vicente Maldonado.

Thanks for keeping DEV Community 👩‍💻👨‍💻 safe. Here is what you can do to flag vicentemaldonado:

Unflagging vicentemaldonado will restore default visibility to their posts.