Have you ever wondered😲, How game of size 8 GB is running on a computer has 4 GB of RAM only? or You can play multiple movies simultaneously combined size more than RAM size? If you are a software developer, you may come across a word like multi-tasking or multiprocessing which is a key concept behind this. In other words, it creates virtual memory which is a memory management technique. Here we will see how it works

How Does Virtual Memory Work? 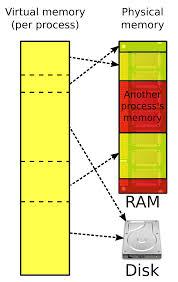 /!\: If you want to know in-depth of virtual memory implementation, you are at the wrong place. This article will only clear your concept of "How does virtual memory work"!

How Does VMM Work?

Virtual Memory Can Slow Down Performance(Thrashing)!